Feeling prepared and confident about a job interview you have tomorrow is great. But a new study suggests that you may bring that sense of confidence into other parts of your life for which you might not be nearly so prepared.

In three studies, researchers found that feelings of preparedness in one area made people more confident in their beliefs about something completely different – whether those thoughts were positive or negative.

The findings suggest that people may sometimes feel confident about a belief or decision for totally unrelated reasons, said Patrick Carroll, lead author of the study and associate professor of psychology at The Ohio State University at Lima.

For example, you may have been leaning slightly toward support of one candidate in a local election when you started preparing for a job interview. Once you’re prepared for the interview and are feeling confident, you may find that you’re suddenly sure about your support for that candidate. 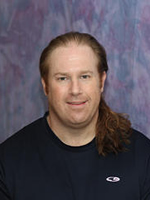 The research was published online recently in the Journal of Experimental Social Psychology.

One of the studies involved 80 college students who were told they were going to be participating in two separate experiments.

Half of the participants were told to list three positive thoughts about increasing funding for this research, while the other half listed three negative thoughts.

All the participants were told they would then be taking part in a second study on the role of self-presentation in interpersonal attraction. As part of this, they used a computer to write down what they thought were their greatest strength, greatest weakness and most important life goal.

They were told this profile would be evaluated by an opposite-sex student in the next room who would provide feedback and indicate how much they would like to meet them in person later. (There was actually no such person.)

After participants sent their presentation, they all received a message on their screen very quickly saying that their partner had already made their evaluation.

“This warning of a likely negative evaluation allowed participants some time to prepare for it,” Carroll said. “The other participants had no reason to prepare.”

Afterward, all participants were asked to reflect on their thoughts on the proposal to fund research on genetically modified foods and answered several questions.

Results showed that the students who had to prepare themselves for the bad news in the second experiment reacted differently to their thoughts on the unrelated research funding than those who didn’t have to prepare.

“Preparedness didn’t change people’s opinions about the research funding. But it did validate the thoughts they already had, whether those thoughts were positive or negative,” Carroll said.

“And of course, their feelings of preparedness had nothing to do with the issue of research funding for genetically modified foods.”

Participants who had prepared for the bad news also indicated they had more confidence in their thoughts about the research funding proposal, compared to those who didn’t prepare.

“Being prepared in one area gave people more confidence in their thoughts in a completely different area, and this helped strengthen their attitudes,” he said.

Two other studies confirmed these findings, using different designs and subject matters. While in the study discussed above participants prepared themselves mentally for bad news, in another study, the researchers had participants write down strategies on how to handle different situations posed in the experiment.

“In different studies, we looked at different ways of being prepared,” he said. “Ultimately, preparedness is about knowing how to respond to future outcomes.”

The findings suggest people should think more closely about how they arrive at important decisions in their lives, Carroll said.

“We sometimes feel like we’re leaning in one direction on a decision and then something changes and we feel more convinced about the choice,” he said.

“It is worth considering what caused that shift. Your newfound confidence may be coming from somewhere you aren’t aware of.”