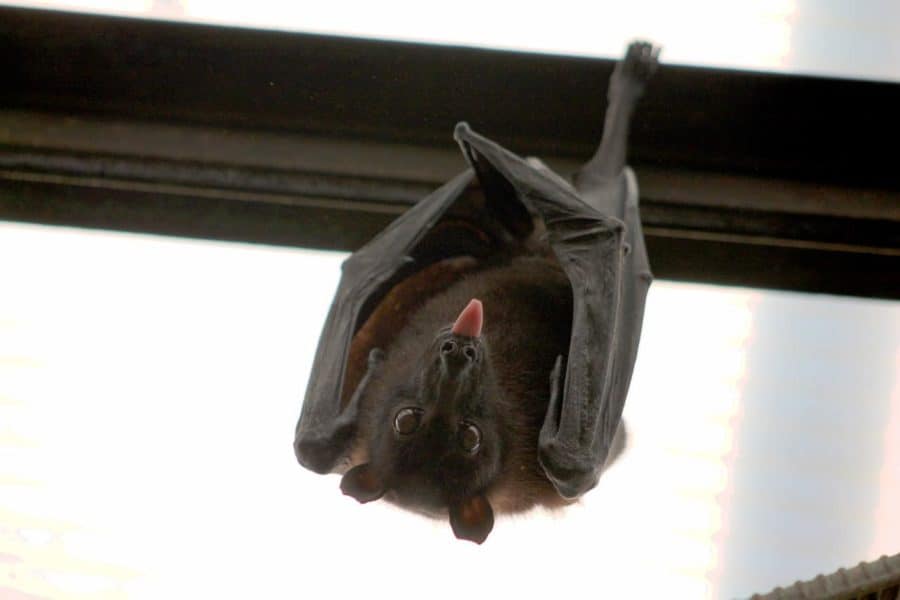 Editor’s note: Horseshoe bats in China are a natural wildlife reservoir of SARS-like coronaviruses. Some health experts think wildlife markets – specifically in Wuhan, China – led to the spillover of the new coronavirus into human populations. Though not confirmed, the hypothesis has given bats around the world a bad rap, and public fears of exposure to bats are on the rise. Illinois Natural History Survey wildlife biologist Tara Hohoff, the project coordinator of the Illinois Bat Conservation Program, speaks about bat biology and conservation, and the flying mammals’ role in human health.

Are bats a danger to humans?

Generally, no, bats do not endanger people. Bats can be carriers of diseases such as coronaviruses and rabies, but these diseases are not a danger to humans unless people come into contact with bat blood or saliva – a rare occurrence in the U.S. Rabies can be contracted from almost any mammal species, but is commonly reported in bats, raccoons, skunks and foxes. Because bat species are able to withstand and survive infection with many viruses, there is a lot of interest in researching how their immune systems respond to these infections.

What are other common misconceptions about bats?

People tend to believe that bats are like rodents, that all bat species are similar, that they commonly carry dangerous diseases and that they seek to interact with humans – for example, by flying into their hair. But bats are not closely related to rodents and they are an incredibly diverse order of animals. They range from very tiny bumblebee bats that live in caves to large flying foxes. Bat species worldwide eat a wide range of food, including fruit, nectar, insects and fish.

Most bats try to stay as far away from humans as possible, but this is made more challenging as we continue to take away their habitat. Many bat species here in the Midwest prefer to roost in the shaggy bark of dead trees, but as there are fewer trees available, the bats may find their only shelter in people’s attics, sheds and garages. This puts them in close proximity to humans where unwanted interactions may occur.

What is the relationship between wildlife markets and the emergence of diseases like the new coronavirus?

Wildlife markets commonly have numerous types of animals that have been harvested from the wild kept in very close proximity to one another. These are animals that would not naturally come into contact with one another. Sometimes live and dead animals are stacked on top of one another, making the transfer of blood or saliva commonplace. People who work in these markets or who purchase animals for the exotic animal trade or for culinary uses are at high risk of exposure to a multitude of diseases.

What is a spillover event? What factors influence whether this occurs?

A spillover event occurs when a pathogen is transferred from its host species to a new species, typically through unnatural contact such as occurs in a wildlife market. The historical host species may have evolved some immunity to the pathogen, while the newly affected species will likely have no natural resistance, making it susceptible to an outbreak.

Some factors that influence the potential for spillover in a wildlife market include the level of infection, sanitary conditions, food preparation methods and the pathogen’s compatibility with the newly exposed species. Another interesting factor that influences whether an exposure will turn into an outbreak is how deadly the pathogen is. Diseases that quickly kill their hosts have reduced opportunities to infect new individuals, while less deadly diseases can spread to more individuals.

Is there a solution to this problem?

It is important to reiterate that bats do not choose to interact with humans. We put ourselves at risk when we take animals from the wild and bring them into contact with humans – as occurs, for example, in the Netflix documentary series “Tiger King.” We also endanger ourselves when we don’t think carefully about how we source animal-derived products, when we destroy habitat, when we live in close proximity to wildlife and when we feed and habituate wildlife to humans. We need to respect wildlife for what it should be, which is wild.

How do bat research and conservation aid human health and society?

Bats are an incredible group of organisms for research because they are so diverse. Their evolution of flight, echolocation (in many species) and adaptations for being nocturnal are all fascinating areas for research. Many species of bats are very long-lived considering their size, so scientists are interested in studying how they age. As mentioned earlier, species such as horseshoe bats have unique immune systems that allow them to survive infectious diseases that are detrimental to other species. We have a lot to learn about how that is possible.

Also, many species of bats perform vital ecosystem services that are useful to human health and economics, such as eating insects, pollinating plants by feeding on nectar and dispersing fruit seeds. For example, researchers at Southern Illinois University estimated that insectivore bat species provide about $1 billion globally in suppression of insects that damage corn crops. Here in Illinois, the suppression of agricultural pests is incredibly important, but we also benefit when local bats consume backyard pests like mosquitoes.

1 thought on “Are bats getting a bad rap?”