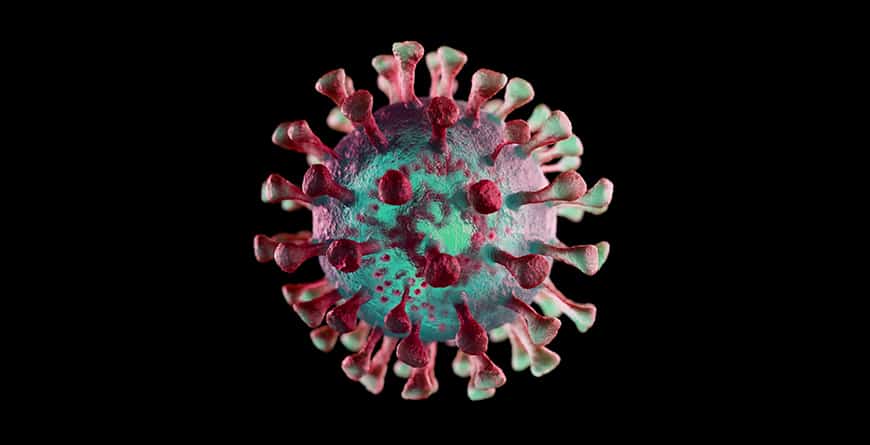 In November of 2019—likely, even earlier—a tiny entity measuring just a few hundred billionths of a meter in diameter began to tear apart human society on a global scale. Within a few months, the relentless voyager known as SARS-CoV-2 had made its way to every populated corner of the earth, leaving scientists and health authorities with too many questions and few answers.

Today, researchers are scrambling to understand where and how the novel coronavirus arose, what features account for the puzzling constellation of symptoms it can cause and how the wildfire of transmission may be brought under control. An important part of this quest will involve efforts to properly classify this emergent human pathogen and to understand how it relates to other viruses we may know more about.

In a consensus statement, Arvind Varsani, a molecular virologist with ASU’s Biodesign Center for Fundamental and Applied Microbiomics and a host of international collaborators propose a new classification system, capable of situating coronaviruses like SARS-CoV-2 within the enormous web of viruses across the planet, known as the virosphere.

Varsani is joined by other elected executive members of the International Committee on Taxonomy of Viruses (ICTV), an all-volunteer organization of leading virologists from around the world, dedicated to designing a workable nomenclature for defining viral species. Within the ICTV, approximately 100 distinct working groups composed of specialists within all major viral families labor to bring order to the tangled skein of elements in the virosphere.

The consensus statement appears in the advanced online edition of the journal Nature Microbiology.

A cupboard of viruses

The new ranking scheme, an elaboration of the earlier binomial classification system conceived by the great 18th century taxonomist Carl Linnaeus, seeks to incorporate the full range of genetic divergence in the virosphere.

As a test case, the consensus statement shows how three human pathogens can be neatly incorporated into the new system. At the level of realm, the lowest and most inclusive in the new taxonomy, two RNA viruses, Ebola virus (EBOV) and severe acute respiratory syndrome coronavirus (SARS-CoV) are grouped as ‘riboviria’, while herpes simplex 1, a double-stranded DNA virus, does not belong to the realm riboviria but is classified by five traditional ranks.

Devising an inclusive viral taxonomy is of great practical importance. It can play a vital role in detecting and identifying the agents responsible for emergent epidemics in humans, livestock or plants. Establishing a virus’ taxonomic status allows for clear and unambiguous communication among virologists and the broader scientific community.

“With viral metagenomic studies (which involve sequencing genetic material directly recovered from the environment), we are discovering large amounts of viruses that we can not really put into any particular order,” Varsani says. “We were tasked with trying to come up with a better taxonomic framework.” The new scheme relies in part on the conservation of key viral proteins and other properties found among taxonomically-related viruses for higher ranks.

The virus causing the current outbreak of coronavirus disease, for example, has recently been named “severe acute respiratory syndrome coronavirus 2” (SARS-CoV-2), after the ICTV Coronaviridae Study Group determined the virus belongs to the existing species, “severe acute respiratory syndrome-related coronavirus,” based in part on conserved proteins involved in SARS-CoV-2 viral replication. (Earlier classifications of coronaviruses were largely based on studies of serological reactivity with viral spike proteins, which give coronaviruses their characteristic mace-like appearance.)

Even for scientists used to dealing in mind-bendingly extreme numbers, the virosphere is almost unfathomably vast. It has been estimated that 100 viruses could be assigned to every star in the entire universe without exhausting the world’s supply, estimated at 1 nonillion (or 1 followed by 30 zeros).

“One important thing about all these frameworks for viral taxonomy is that they’re dynamic. As we discover more viruses, things will have to shift,” Varsani says. “And the same thing has happened in the floral kingdom, where people once classified plants based on petals, leaves and other morphological features. And soon, as genetic information has come in, it has  contradicted the prior classification that people had.  These issues are common across plant, animal, fungal and bacterial classification and will certainly take a lot of convincing to the initial proposers of that taxonomy.  Perhaps a crude example is the wrongful classification of a plant as a daisy in the Asteraceae family, but in fact it is a plant that is mimicking a daisy, because it wants a particular pollinator and is genetically not part of Asteraceae.”

But the extent and genetic diversity of the virome are just the beginning of the challenges facing researchers trying to develop a comprehensive taxonomy—a mega taxonomy—of the viral world. Viral lineages, for example, are exceptionally tricky to tease out. Unlike all cellular life on earth, viruses acquire their genomic material from many sources, a property known as polyphylogeny. Phenomena including horizontal transfer of genetic elements allow viruses to freely swap elements of their identity, leaving researchers without a clear line of descent.

Further, viral mutation rates are much faster and more prolific than their cellular counterparts, owing to poor mechanisms of genomic proofreading and error correction, as well as selective pressures pushing their relentless diversification.

Compared with other organisms, diversity among viruses is extreme. They may differ in their genetic material (RNA or DNA) and basic structure, (double or single stranded), as well as the orientation of their encoded genes. A further complication involves the fact that viral genomes may be distributed across distinct units, sometimes packaged together in a virion, or in separate virus particles, all of which are needed to infect a cell for replication to occur.

While all eukaryotes share a last common ancestor, distinct from those of bacteria and archaea, allowing researchers to track their evolutionary origins and divergences many billions of years into the past, viruses lack a set of universally conserved genes needed to construct a proper phylogeny.

The new taxonomy is a significant step forward in the quest to bring global organization to the viral world. Further, despite the extreme diversity of evolutionary histories present in polyphyletic viruses, a unity pointing to a primordial pool of virus-like genetic elements is beginning to emerge. The entire subsequent history of life on earth may be read as a ceaseless dynamic between these selfish agents and their cellular hosts.

2 thoughts on “Making sense of the viral multiverse”