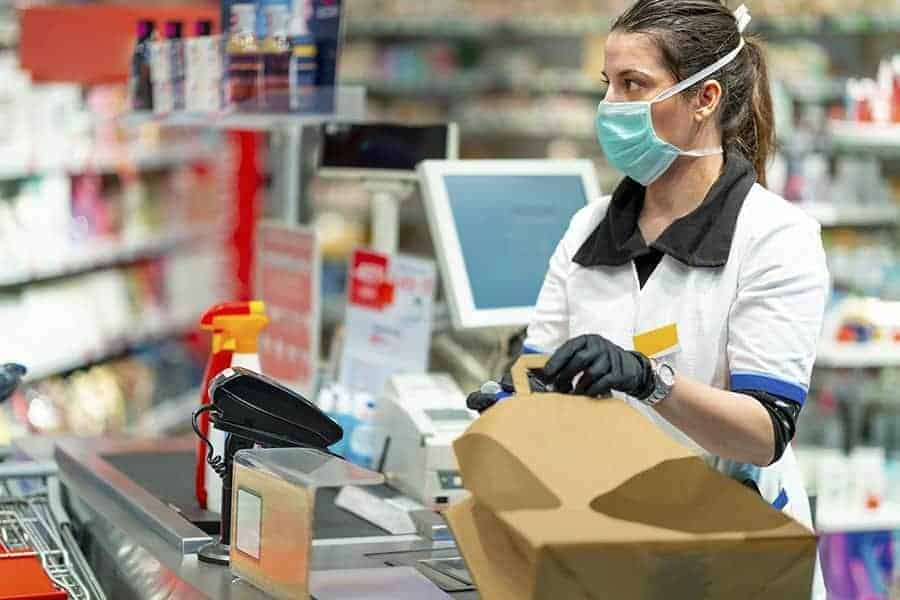 “Humans are so fascinating, and that’s why I study them.”

“In secure times, an individual-centric, market-based logic dominates, as in survival of the fittest,” said Aven, who specializes in organizational theory, strategy and entrepreneurship. “But what we’re facing now isn’t much different than war. We’re seeing the power of community, and greater proof that we can’t sustain merely as individuals.”

For weeks, society has been isolated at home, watching as a relatively small handful of workers continued to physically report to work and help keep society running — doctors and nurses, postal service workers, restaurant cooks and more. Now, with additional Americans beginning to join them, Aven believes many will carry a greater sense of collectivism with them.

“The past two months have forced us to reevaluate jobs,” she said. “It’s not the CEOs who are current heroes. It’s blue-collar workers who are sustaining us, such as grocery store workers and the people who pick up our trash. This doesn’t mean that one job is more important than another, but that all jobs are equal.”

Aven believes more collective respect for those jobs will continue to linger as life gets back to a new normal. She also said she anticipates that the pandemic will lead to a greater push for universal healthcare, likely at the state and local level, as more people recognize that societal health truly does impact individuals.

Yet, Aven acknowledges, it’s hard to definitively know for sure how society will behave and what it will prefer. Her colleague, Denise Rousseau, agrees, saying the world could be facing a “black swan.”

“I hear a lot of comparisons between the current situation and the financial crisis of 2008. But we’ve had recessions before, and we know how to bounce back,” said Rousseau, the H. J. Heinz II University Professor of Organizational Behavior and Public Policy in the Heinz College of Information Systems and Public Policy. “This, however, could qualify as a black swan: something unforeseen and unpredictable. When you have unforecastable situations, such as working from home indefinitely and practicing social distancing, you can’t use traditional decision approaches. At the same time a few people like Bill Gates and the WHO did anticipate — and warn about — a pandemic like the present one but were largely ignored.”

Rousseau’s research focuses on, among many things, decision-making under uncertain times, as well as work dynamics between supervisors and direct reports. The pandemic has given her plenty to ponder while working away from campus.

“I wonder, as restrictions ease and people begin to venture out, if we’ll continue to be as reflective about life,” said Rousseau, who also has a joint appointment in the Tepper School. “We are like monks in a monastery while sheltered in our homes. The busyness has gone away, and I think many people are giving more thought to how they live their lives.”

At the same time, Rousseau adds, it also provides a chance to see things current society never expected to see, such as what the sky looks like without airplanes or streets with skateboards rather than cars.

“As the saying goes, it is a shame to waste a crisis. The air is cleaner and we aren’t wasting so much time commuting” said Rousseau. “At the same time, the fault lines in our social welfare systems loom wider than ever and some local businesses will never re-open. Crises will happen again. How can we be more resilient next time?”

“Such a dramatic and unthinkable event can shake us from our current views and narratives Aven said. “It forces us to re-evaluate our perspectives on society and our role in it.”