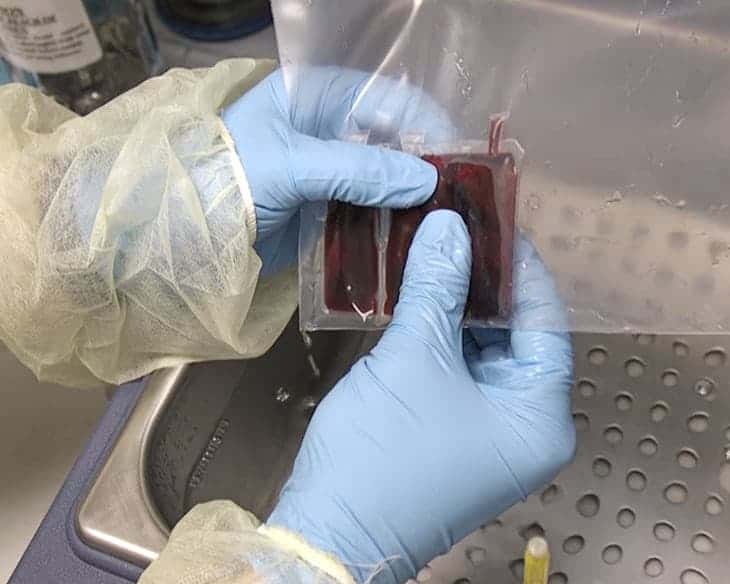 In a recent study, Duke researchers tested whether a single infusion of a unit of a child’s own or donor cord blood could improve social communication skills in children between the ages of 2-7 diagnosed with autism spectrum disorder.

Of the 180 children in the study, the subgroup of children without an intellectual disability showed improvements in language communication, ability to sustain attention measured via eye tracking, and increased alpha and beta EEG power, a measure of brain function.

However, those who also had an intellectual disability did not show social communication function improvement after the infusion.

The findings are publishing online May 19 in The Journal of Pediatrics.

“Cord blood contains immune modulating cells called monocytes,” said Joanne Kurtzberg, M.D., Jerome S. Harris Distinguished Professor of Pediatrics, director of the Marcus Center for Cellular Cures and a pioneer in the use of cord blood treatments. “In the laboratory, these cells calm down a type of brain inflammation that can be seen in children with autism. In this study, we tested whether cord blood infusions would lessen symptoms in children with autism.”

Approximately 40 percent of children with autism also have an intellectual disability, as defined as an IQ below 70, according to first author Geraldine Dawson, Ph.D., director of the Duke Institute for Brain Sciences and the William Cleland Distinguished Professor of Psychiatry and Behavioral Sciences.

More research is needed to determine why the findings in this study are different between those with and without an intellectual disability, and whether the treatment could be altered to be beneficial to more children.

“We learned a lot from this initial study,” said Kurtzberg, senior author on the manuscript. “In the future, we hope to conduct a trial designed for children with autism who have intellectual disability focusing on outcome measures that can be targeted to test this group of children. We also used lessons learned from this study to design an ongoing study testing other cell therapies in older children with autism without intellectual disability.”

“Overall, we are encouraged by these initial results and plan to build upon them in future studies of cellular therapies in children with autism,” Kurtzberg said.

The study was funded by The Marcus Foundation.