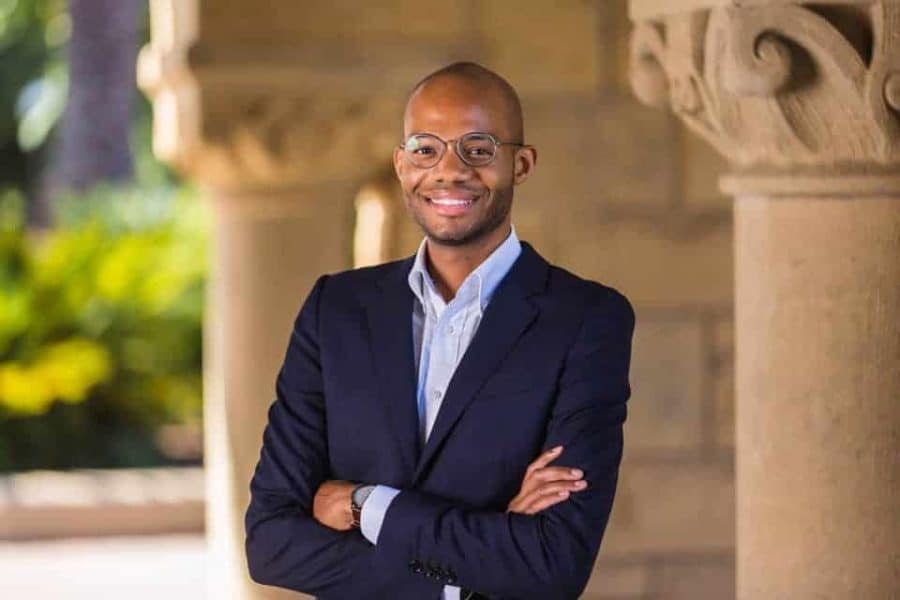 For Matthew Clair, the protests following the death of George Floyd are a stark reminder of the U.S.’s turbulent racial history. “In 2012 when I was in graduate school, I attended several protests in Boston following the acquittal of George Zimmerman, who killed Trayvon Martin, a Black teenager,” said Clair, who is an assistant professor of sociology in the School of Humanities and Sciences. “Trayvon’s death and the emergence of the Movement for Black Lives in 2014 in the wake of Ferguson profoundly affected me.”

Clair became interested in criminal justice issues after seeing how the legal system plays a central role in the lives of Black people in the United States. “As I conducted interviews and ethnographic observations among police, prosecutors, public defenders, judges and defendants in courthouses in the Northeast, I began to understand just how massive the legal system’s imprint is in U.S. society, and how it intersects with racial and economic injustice.”

As a professor, he has continued to add to the body of work around race and injustice in the U.S. His book Privilege and Punishment: How Race and Class Matter in Criminal Court, which will be released in November, shows how race and class inequalities are embedded in the criminal legal system.

How does your work pertain to this moment in the United States?

Today, the protests we see erupting in city streets across the country in response to the killings of George Floyd, Breonna Taylor, Tony McDade and many others are symptoms of mass criminalization – of the state’s heavy-handed, race- and class-targeted violence against its civilians.

For me, mass criminalization – unlike terms like mass incarceration – better articulates the vast scope of the problem. Mass criminalization speaks to state punishment beyond the prison, including policing and court processing. We often think of policing and court processing as less severe forms of system contact, but policing can be just as costly as incarceration; a police officer can take your life with little or no accountability. These punitive tools have grown so massive over the last 40 years that even “non-targets,” such as white people and middle-class people, are more likely to have negative encounters with police, courts, jails and prisons than in previous decades.

These issues are not new, especially not in poor Black communities. But the upswell of multiracial and cross-class collective outrage is something new, I think. And it is something that has been, no doubt, inflamed by the pandemic, economic inequality and high levels of unemployment.

What are some of the daily life interactions between communities of color and police that have ramifications in the court system?

Communities of color – especially poor Black, Latino and Native American communities – are routinely surveilled by police. Numerous studies in sociology and criminology have documented police surveillance, the way it manufactures crime rates, and the way it fosters cynicism among people of color. It has become the norm in many Black communities to be stopped, questioned, abused and arrested by police. White people living in privileged communities likely could not imagine such routine, negative interactions with police occurring in their own lives.

In my work, I draw a link between the injustices of policing and the injustices of court processing. For working-class and poor people of color, negative encounters with police produce feelings of cynicism and distrust that bleed into their mistrust of court officials, prosecutors and even their own defense attorneys. One common frustration among the disadvantaged criminal defendants I interviewed and observed in Boston was that their defense attorneys rarely attempted to use procedural tools – such as motions to dismiss charges or suppress evidence – to hold police accountable for unjust practices. In effect, court officials, on the whole, legitimate racist and class-biased policing. Thus, we have a situation where the “crime” or alleged violence of defendants is ripe for punishment but the violence perpetrated by the police is routinely ignored and even validated.

What do you think protesters will face in terms of court experiences?

This is a really urgent question. Much of the conversation has been around the police violence protesters are rallying against, and are themselves facing, in the streets. But protesters may also wind up in court and face charges, which could have all sorts of collateral consequences in their lives and communities. In Washington D.C., for instance, protesters have been charged with felony rioting, which can be punishable by fines or months in jail. Protesters’ experiences will certainly vary from state to state. In some jurisdictions, with so-called progressive prosecutors, protesters may never face any formal charges. Police may simply let people out of jail without filing reports, or prosecutors may dismiss charges. In other, more punitive jurisdictions, we could see charges pursued against people whom law enforcement has been targeting for various reasons for years. The different ways protesters will be treated speaks, again, to the inequality of our legal system and the astonishing power we give to police, prosecutors and other legal officials to make discretionary decisions about people’s lives and liberty.

In what ways do experiences of the court system and of punishment differ based on race and economic standing?

There are profound racial and class disparities along the criminal legal process – from arrest, charging, and bail decisions to conviction and sentencing. Evidence varies across jurisdictions, but the most conservative estimates suggest that a meaningful proportion of these disparities can be traced to direct discrimination, unexplained by legal factors such as the nature of the offense or criminal record. Implicit bias and explicit racism among judges and prosecutors likely play a role.

In my book, I argue that institutional discrimination is also to blame. Court officials, enacting unwritten institutional norms and rules, discriminate against defendants on the basis of whether they are behaving “appropriately” as compliant, remorseful criminal defendants. Such performances are easier for privileged people to engage in than they are for disadvantaged people, who have been wronged by unfair police practices, ignored and coerced by their overworked defense attorney and shamed by judges. Moreover, I show how court officials often silence poor people of color who strive to learn their legal rights and prove their innocence.

What reforms are needed to correct the current disparities in the court system?

So many reforms are needed: police accountability, judicial intervention, reducing prosecutorial power and increasing resources for public defenders are places we can start. But beyond piecemeal reforms, we need to continue having critical conversations about transformation and the role of the courts in bringing about the abolition of police and prisons. When I speak of abolition, I’m referring to the ideas and work of numerous activists and scholars including Angela Y. Davis, Ruth Wilson Gilmore and Dorothy Roberts. They have been advocating for moving toward a world where police and prisons are no longer part of the way we deal with social problems and social harms. Instead, we should be investing in health care, housing, education and food security.

Some organizations, such as the Center for Court Innovation in New York, are experimenting with peacemaking programs as an alternative to traditional criminal courts. Such programs rely on restorative justice principles to reach an agreement between a harmed party and the person who harmed them. We also could use the courts as a mechanism toward prison and police abolition. One way to do this would be for activists and elected officials to pressure the courts to change their institutional norms – to lead the way in refusing to sentence people to prison and in contesting, rather than legitimating, unjust police practices.

1 thought on “Race and mass criminalization in the U.S.”