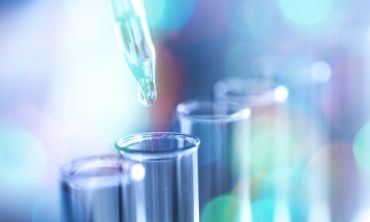 Antibiotic treatment in early life seems to impede brain signalling pathways that function in social behaviour and pain regulation in mice, a new study by Dr Katerina Johnson and Dr Philip Burnet has found. It was published today in BMC Neuroscience.

Katerina Johnson, from the University’s Departments of Psychiatry and Experimental Psychology, was researching the effects of disrupting the microbiome on the brain in mice. ‘We know from previous research that animals missing microbes, such as germ-free animals (which are devoid of microbes) or antibiotic-treated animals (whose microbes are severely depleted), have impaired social behaviour,’ she explains. ‘I was therefore particularly interested in the effects of the microbiome on endorphin, oxytocin and vasopressin signalling since these neuropeptides play an important role in social and emotional behaviour.’

The most striking finding was in young animals treated with antibiotics. This resulted in reduced expression of the receptors which mediate endorphin, oxytocin and vasopressin signalling in the frontal cortex. Dr Johnson commented, ‘If these signalling pathways are less active, this may help explain the behavioural deficits seen in antibiotic-treated animals. Whilst this study was in animals given a potent antibiotic cocktail, this finding highlights the potential detrimental effects that antibiotic exposure may have on the brain when it’s still developing.’

Dr Burnet added, ‘Our research underlines the growing consensus that disturbing the microbiome during development can have significant impacts on physiology, including the brain.’

The study was conducted using a relatively small number of animals with high doses of antibiotics and further research should follow up this finding given society’s reliance on antibiotics, though of course they still play a vital role in medicine to fight bacterial infections.

This was also the first study to investigate whether the microbiome affects the brain’s endorphin system (where endorphin activates opioid receptors) and so these findings may have clinical relevance. Dr Johnson said, ‘The adverse effect of antibiotics on the endorphin system may have implications not only for social behaviour but also for pain regulation. In fact we know that the gut microbiome affects the pain response so this might be one of the ways in which it does so.’

‘A somewhat surprising observation from our research was the contrast in results for germ-free and antibiotic-treated mice, since the neurogenetic changes were generally in the opposite direction. This is a pertinent finding as the use of antibiotics to deplete the microbiome is often seen as a more accessible alternative to germ-free animals. However, we highlight the need to consider these two treatments as distinct models of microbiome manipulation when investigating the effects of microbes on the brain and behaviour.’