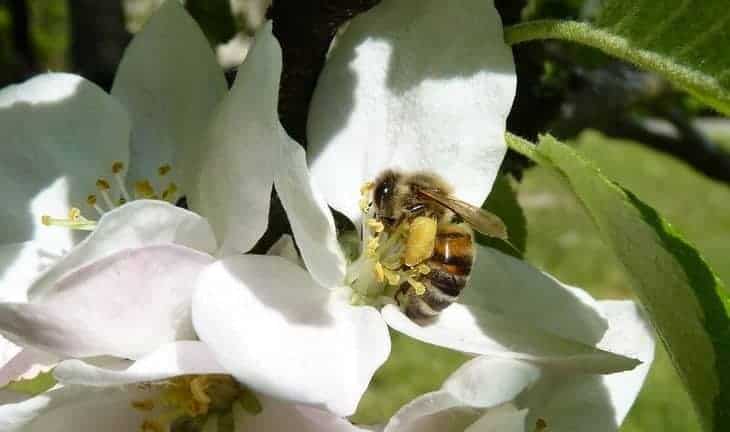 A newly launched center at Penn State will create a focal point for the study and conservation of insects and the ecosystems with which they interact.

The Insect Biodiversity Center brings together faculty researchers and educators from eight Penn State colleges, with a goal to celebrate insect diversity in science and practice, according to the center’s program coordinator, Natalie Boyle, assistant research professor of entomology in the College of Agricultural Sciences.

“We will strive to explore, understand and promote insect conservation efforts that maintain and restore balance to natural ecosystems, while also mitigating the adverse effects of insect species that harm human health, food production and the environment,” she said.

Boyle noted that recent reported declines in insect diversity and abundance worldwide have raised concerns about how human activities may be adversely impacting the world around us. Researchers have postulated that this loss in insect diversity may cause broader ecological disruptions that could threaten the stability of interconnected plant and animal populations.

“In temperate climates, such as here in Pennsylvania, insect pollinators — for example, bees, hover flies, butterflies and some beetles — facilitate the reproduction of more than 80% of all flowering plants,” she said. “Insects such as termites, cockroaches, carrion beetles and flies are invaluable decomposers of animal excrement and remains, as well as woody and herbaceous plant materials.”

“In addition, insects often serve as the primary diet for many fish, bird and vertebrate species,” she said, “which in turn feed into larger and more complex food webs.”

At the same time, she said, the distribution of insect pests and disease vectors has expanded regionally and globally. As examples, Boyle cites the spread of the spotted lanternfly, which is impacting Pennsylvania’s ornamental horticulture and agricultural industries, and the 2020 migrations of desert locust populations in East Africa that are devastating farms and threatening the livelihoods of thousands of individuals.

“These observations require us to identify the drivers responsible for changes in insect distributions and to develop practices that could mitigate their health and economic impacts using a variety approaches that bridge research, education and extension,” she said.

“We are particularly interested in supporting and promoting projects that use innovative technologies, such as remote sensing and machine learning, that advance the center’s mission toward insect awareness and conservation,” Grozinger said. “We are most excited to support new research that connects technologies in precision agriculture and big data to insect conservation and species distribution modeling.”

Creation of the new center — which receives support from the College of Agricultural Sciences, the Department of Entomology, the Huck Institutes of the Life Sciences and the Institutes of Energy and the Environment — was inspired by the success of the Center for Pollinator Research. That entity, also directed by Grozinger, launched in 2009.

“Considering how heavily insect declines have been featured in the news and in recent scientific literature, we wanted to launch a complementary initiative that more holistically encompassed all other insects, which often are afflicted by the same stressors that are known to reduce and threaten pollinator populations,” Grozinger said.

The Insect Biodiversity Center also will sponsor a range of graduate student fellowships that are broad in scope, with connections to diverse fields of study.

“With funding from the College of Agricultural Sciences and the Department of Entomology, we have recruited an outstanding cohort of Insect Biodiversity Graduate Fellows,” Grozinger said. “These fellows, who have co-mentors from multiple departments and colleges, study insect biodiversity from the molecular to the ecological level, using tools spanning genomics, bioinformatics and computer science.”

Following are the graduate fellows and descriptions of their research:

— Codey Mathis, a graduate student in entomology starting this fall, is leading the development of an automated insect detection system that uses machine-learning algorithms to assess the abundance and diversity of insect species. This system will be used to monitor insect populations across landscapes and will serve as a tool for scientists and land managers to identify conservation practices that best support insect biodiversity.

— Edward Amoah, a graduate student in ecology starting this fall, is using remote sensing and machine learning to predict the biodiversity and ecology of transboundary pest insects of Africa. These predictive models can allow agricultural producers to anticipate the migration of insect pests into their fields, resulting in greater precision and timing of insecticide applications and higher crop yields.

— Laura Laiton, a graduate student in entomology starting spring 2021, will combine large-scale biological data analysis with entomological research. By examining the life history traits and changes in gene expression of the grape berry moth on different grapevine varieties, she will develop varietal-specific degree day models to inform and improve upon current integrated pest management strategies used by the industry.

More information about the Insect Biodiversity Center is available on the center’s website.