Chicago skyline from the west side. Cityscape with houses, trees and skyscrapers. Tallest building is the Willis Tower (formerly the Sears Tower).

The recent deaths of George Floyd, Breonna Taylor and Ahmaud Arbery added new momentum to the Black Lives Matter social movement in the United States. But Stanford researchers have found that local news media have not treated Black and Hispanic lives as equal in value to white lives in stories.

The team focused on Chicago, Illinois, in 2016 – one of the deadliest years in the nation’s third-largest city – when 762 people were killed. The study, published Sept. 17 in the journal Sociology of Race and Ethnicity, found that victims killed in predominantly Black neighborhoods – common to Chicago’s West and South Sides – received less news coverage than those killed in mostly white neighborhoods – common to Chicago’s North Side. The disparities extend to the city’s Hispanic-majority neighborhoods, where victims received more coverage than killings in Black neighborhoods.

“Race is a series of historic, economic, symbolic and, importantly, geographical set of power relations where some people are stigmatized and rendered powerless or less powerful.”

“We all have these universal things about us that make us human,” Stuart said, “so the question very quickly becomes: Who has the privilege, who has the honor of being talked about in any of those ways?”

“We can assume that anyone who dies is a family member – they have people who are going to be mourning their death, a community that is going to be affected,” Morrissey added. “So why is it that only some victims are written about in that way? What makes a reporter choose to put in the effort to track down a middle-school teacher or talk to a neighbor?”

The study was motivated by the 2014 police killings of Michael Brown in Ferguson, Missouri, and Laquan McDonald in Chicago. Stuart began subscribing to news alerts about homicides across Chicago and thought there was something different about the way shootings were covered on the mostly white North Side compared to other largely minority areas of the city. 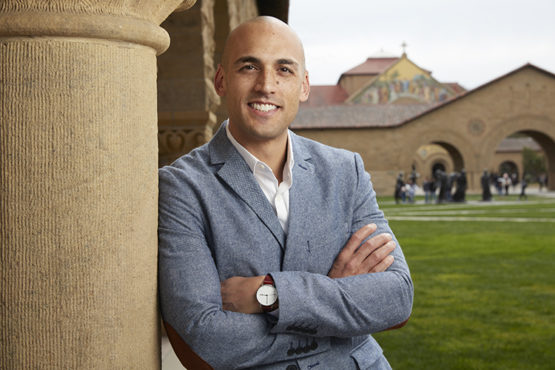 “As a social scientist, I thought, ‘Wouldn’t it be even more powerful to quantify the value of different folks’ lives from different racial identities and backgrounds in news coverage and hold those up next to each other?’” he said.

Stuart and his colleagues spent two years collecting and manually analyzing thousands of news articles. They combed through every article on every death to determine the victim’s name, race and gender as well as time and location of death and then reconciled that information with police data.

The team examined 2,245 news articles about homicide victims from the Chicago Sun-Times’ Homicide Watch, the Chicago Tribune’s Homicide Tracker and the now-defunct DNAInfo database to determine how the individuals were covered. They looked at how much coverage each person received, considering factors like word count, and which articles recognized someone as more than a victim – as a complex, multi-dimensional human being with a family and community connections. The articles were cross-referenced with official Chicago Police Department public records.

“Even just reading the news articles, there was a palpable difference in the way that victims and neighborhoods were talked about,” said Morrissey, a doctoral student in the Department of Sociology at the University of Chicago. “This paper does well to remind us that the disparities are on a neighborhood and community level.”

Victims across races were covered in an average of 2.8 newspaper articles, with an average of 3.8 articles for white victims, 2.8 for Black victims and 2.6 for Hispanic victims. “Not all of these articles – even for the same person – are made the same,” Stuart explained. “Just because someone’s name is showing up in an article doesn’t mean the article has the same kind of essence.”

The researchers differentiated between articles that simply listed a victim in a weekend review of homicides and more nuanced articles that tried to capture an individual’s life.

“There were other articles especially about victims from majority-white neighborhoods where the reporters were doing interviews with family members, with friends, with teachers, coaches, with all sorts of people in the victim’s life, and they were providing quotes,” said White, a fourth-year doctoral student in the Department of Sociology at the University of Chicago. “They talked about the victim in a very different way – like this complex person who has value and who is being missed by the community, family members and friends.”

The researchers acknowledged an important caveat in the study: Chicago remains deeply segregated. Only 4 percent of Chicago’s 2016 murders happened to white victims and few of them were killed in majority-Black neighborhoods. Similarly, only a few Black victims were killed in mostly white neighborhoods. They also acknowledged that their study focused on one city and the results could look different in various parts of the country, as well as in suburban versus urban centers.

But in Chicago, a city that is almost a third white, a third Black and a third Hispanic, racial disparities in news coverage persist, even when controlling for each neighborhood’s unique homicide rate, according to the researchers. They emphasized that their study demonstrates the importance of understanding the racialization of places at the neighborhood level and the cycle of devaluing minority lives.

“Race isn’t just your phenotypical coloring,” Stuart said. “Race is a series of historic, economic, symbolic and, importantly, geographical set of power relations where some people are stigmatized and rendered powerless or less powerful. These are systems of domination.”