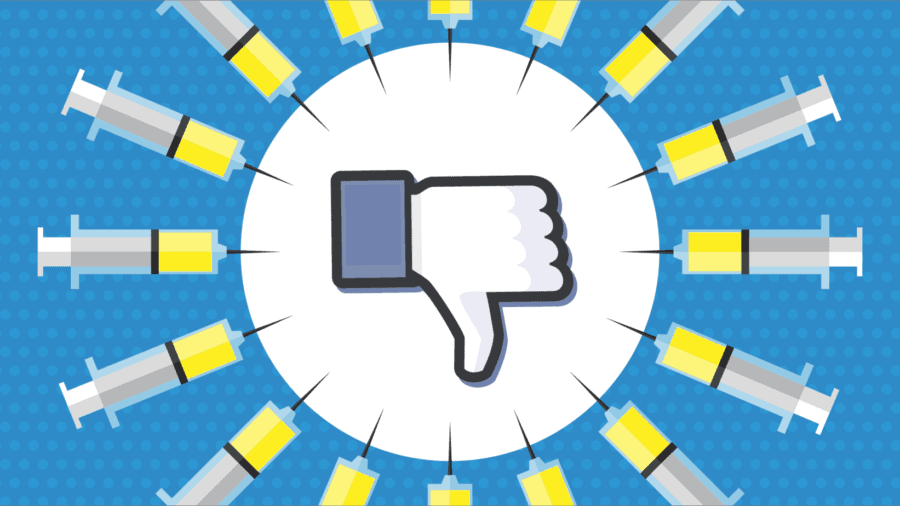 Anti-vaccination discourse on Facebook increased in volume over the last decade, with opposition to vaccines coalescing around the argument that refusing to vaccinate is a civil right, according to a new study published today in the American Journal of Public Health.

As companies and governments scramble to finalize COVID-19 vaccines and develop rollout policies, the findings suggest opposition from anti-vaccination groups could be fierce as the groups position themselves as a legitimate political movement.

Researchers from Johns Hopkins University, the University of Maryland and George Washington University examined more than 250,000 posts on 204 Facebook pages expressing opposition to vaccines between October 2009 and October 2019. Vaccine opposition has traditionally centered around medical safety of the drugs and around government conspiracy theories. But now vaccine opponents online have organized around a “civil liberty” argument, believing that it is a civil right to refuse to be vaccinated.

The most recent of three distinct spikes in the anti-vaccination presence on Facebook was a 2019 state-oriented campaign, with posts that included a U.S. state in their title such as “Michigan for Vaccine Choice” and “Health Freedom Minnesota.” The posts cited vaccine safety concerns and alternative medicines and encouraged people to oppose perceived vaccine mandates, attend political rallies and vote for or against certain state bills.

“Starting in 2019, we saw a large increase in these state-level pages, especially in places considering vaccine-related legislation,” said Mark Dredze, the Johns Hopkins computer scientist who co-wrote the paper. “These pages make it easy for vaccine opponents to know how to vote in their local elections to make it easier to opt out of vaccination.”

The first burst of posts came during the measles outbreak at Disneyland in 2015 which sickened 125 people. The promotional campaigns conducted on Facebook pages framed vaccine refusal as a civil right and included discussions about political mobilization and totalitarianism. The researchers found the individual postings had not coalesced into one common narrative.

Then, in 2016, anti-vaccination posts exploded again after the release of “Vaxxed,” a film directed by a discredited former physician. Many posts were framed around vaccine refusal as a civil right and promotional opportunities for the movie itself.

The third spike was the 2019 state-level campaign.

“Framing vaccine refusal as a civil right allows vaccine opponents to sidestep the science, and instead debate about values — especially, the value of freedom of choice,” said David Broniatowski, a George Washington systems engineering professor who led the research. “However, this is a case where one person’s exercise of that freedom can hurt everyone else.”

As the push for a COVID-19 vaccine ramps up, the researchers recommend public health agencies and advocates develop effective messages to communicate fact-based rationales for vaccination and build strong relationships with state policymakers who can promote those messages.

Reporters interested in speaking to Dredze can contact media affairs representative Doug Donovan at 443-462-2947 or at dougdonovan@jhu.edu. Media can contact Timothy Pierce for inquiries specific to George Washington University at 202-994-5647 or tpie@gwu.edu.