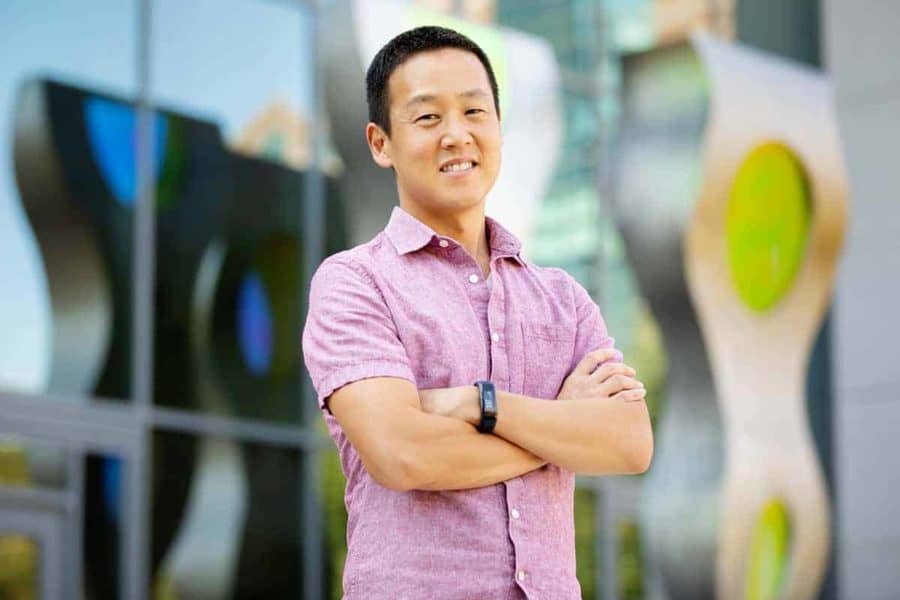 Researchers working to maximize solar panel efficiency said layering advanced materials atop traditional silicon is a promising path to eke more energy out of sunlight. A new study shows that by using a precisely controlled fabrication process, researchers can produce multilayered solar panels with the potential to be 1.5 times more efficient than traditional silicon panels.

The results of the study led by University of Illinois Urbana-Champaign engineer Minjoo Larry Lee are published in the journal Cell Reports Physical Sciences.

A schematic showing the layered structure of a tandem solar panel.

“Silicon solar panels are prevalent because they are affordable and can convert a little over 20% of the sun’s light into usable electricity,” said Lee, a professor of electrical and computer engineering and Holonyak Micro and Nanotechnology Lab affiliate. “However, just like silicon computer chips, silicon solar cells are reaching the limit of their abilities, so finding a way to increase efficiency is attractive to energy providers and consumers.”

Lee’s team has been working to layer the semiconductor material gallium arsenide phosphide onto silicon because the two materials complement each other. Both materials absorb visible light strongly, but gallium arsenide phosphide does so while generating less waste heat. In contrast, silicon excels at converting energy from the infrared part of the solar spectrum just beyond what our eyes can see, Lee said.

“It is like a sports team. You are going to have some fast people, some who are strong and some with great defensive skills,” he said. “In a similar way, tandem solar cells work as a team and take advantage of the best properties of both materials to make a single, more efficient device.”

While gallium arsenide phosphide and other semiconductor materials like it are efficient and stable, they are expensive, so making panels composed entirely from them is not reasonable for mass production at this time. Hence, Lee’s team uses low-cost silicon as a starting point for its research.

During fabrication, material defects find their way into the layers, particularly at interfaces between the silicon and gallium arsenide phosphide, Lee said. Tiny imperfections form whenever materials with different atomic structure are layered onto silicon, compromising both performance and reliability.

“Anytime you switch from one material to another, there is always a risk of creating some disorder in the transition,” Lee said. “Shizhao Fan, the lead author of the study, developed a process for forming pristine interfaces in the gallium arsenide phosphide cell, which led to a vast improvement over our earlier work in this area.”

“Eventually, a utility company could use this technology to get 1.5 times more energy out of the same amount of land on its solar farms, or a consumer could use 1.5 times less space for rooftop panels,” he said.

Lee said obstacles remain on the path to commercialization, but he is hopeful that energy providers and consumers will see the value in using stable materials to achieve a performance boost.

The National Science Foundation and NASA supported this study.