About one in four people in the United States lives in an area served by cellular phone towers at risk of an outage caused by wildfires, according to researchers at the University of Wisconsin–Madison.

“This is a kind of roadmap for cell service providers to make assessments, allocate resources and take steps to make their infrastructure more resilient in the face of this threat,” says Paul Barford, a UW–Madison professor of computer science.

Paul Barford and Carol Barford, who directs UW–Madison’s Center for Sustainability and the Global Environment and is a co-author of the wildfire study, also collaborated on a 2018 project describing thousands of miles of fiber optic cable in the U.S. likely to be inundated by rising sea levels. Wildfire danger has a distinctly different footprint, and presented a complex set of prediction problems.

“Fires are a fact of life for many ecosystems,” says graduate student Scott Anderson, first author of the study, which was supported by the National Science Foundation and the U.S. Department of Homeland Security and presented at the ACM Internet Measurement Conference. “Assessing the risk of fire, though, is complex. It varies a lot over time based on the amount of fuel available, how dry that fuel can get as climate changes, and almost unpredictable factors like the source of ignition.”

The researchers worked with historical records of wildfires, and matched the Forest Service’s map of Wildfire Hazard Potential to a crowdsourced database of cellular network equipment locations from OpenCelliD. 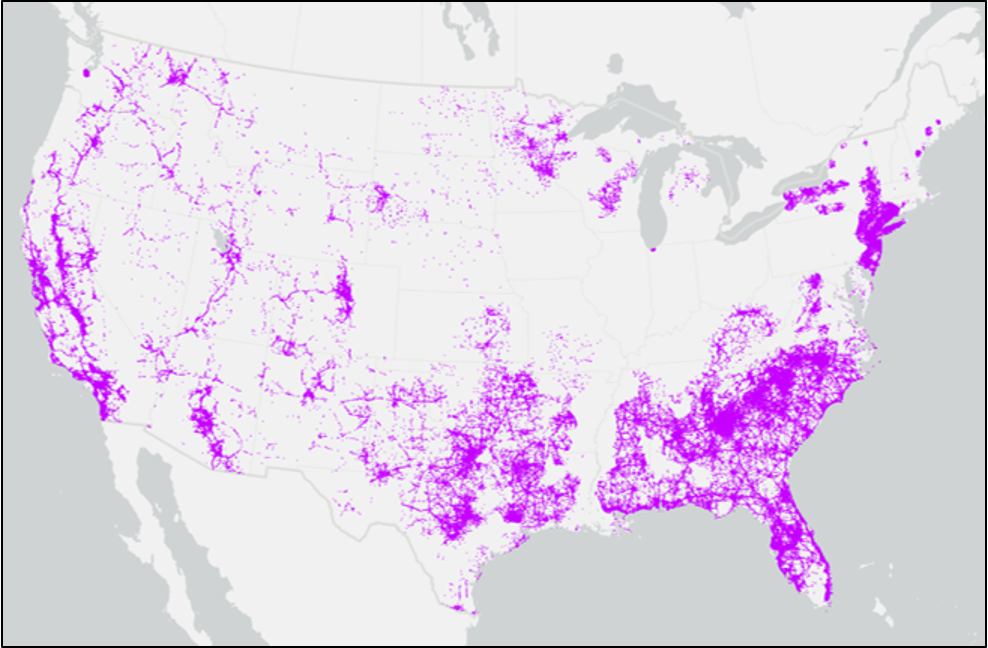 UW–Madison researchers mapped the cellular network coverage of cell phone towers in the continental U.S. at moderate (above), high and very high risk of outages cause by wildfires. Images courtesy of Scott Anderson. 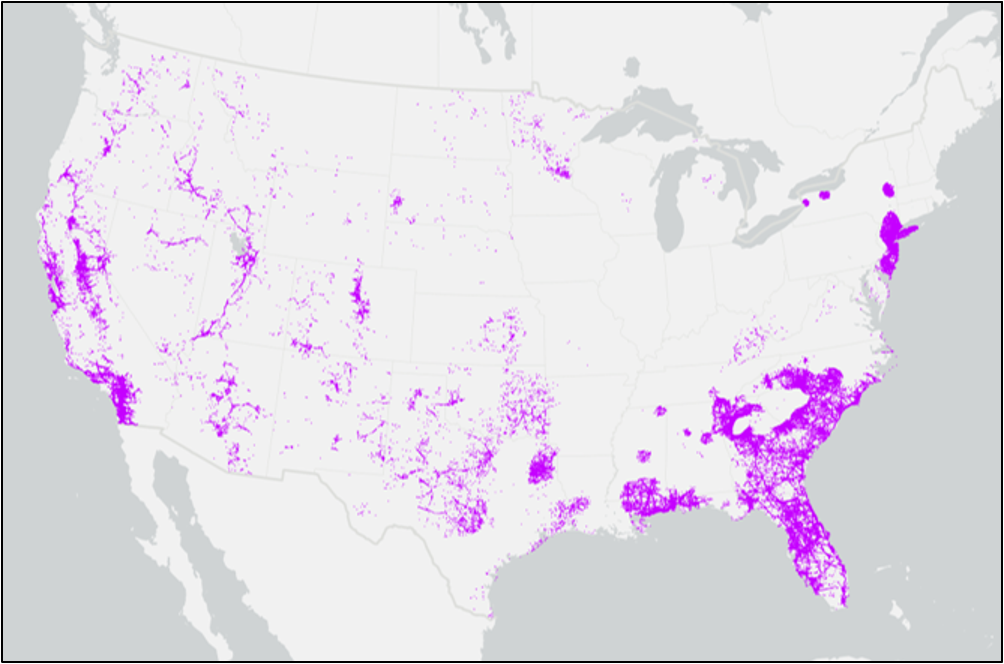 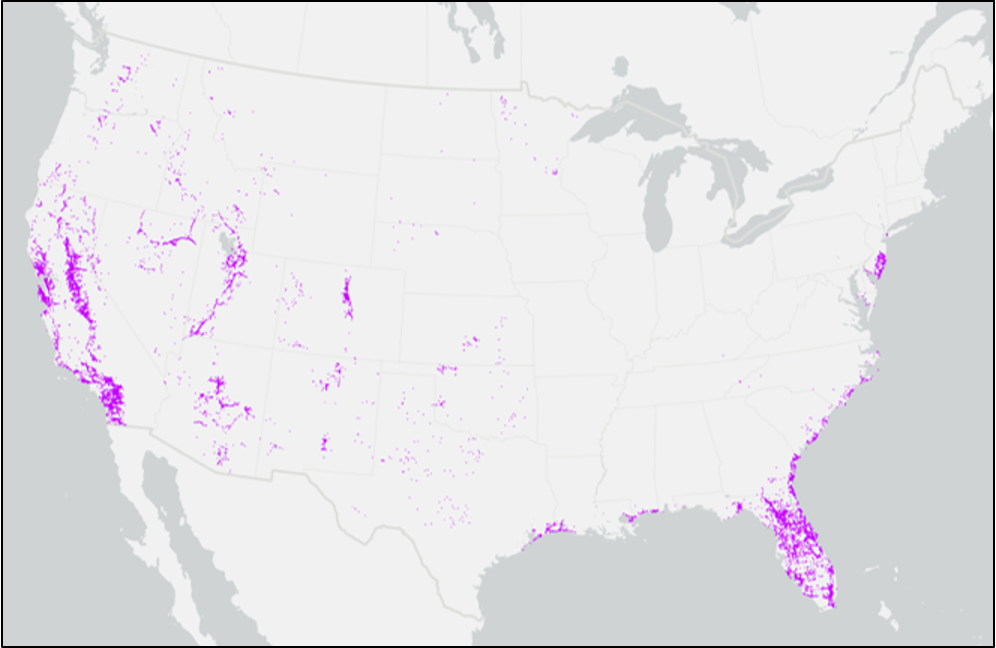 “We think of the wildfire threat as being concentrated only in the western part of the United States,” Anderson says. “But we did see that there are areas that are at risk outside of the West, including the southeastern United States — especially in Florida — and even up around Philadelphia.”

The threat will only grow as climate change makes many areas more fire prone, and as more Americans make their homes near the cusp of both wilderness and civilization.

“The areas that need the most attention are those that are where urban growth has gotten very close to forests and other sources of fuel for wildfires,” Paul Barford says. “The service providers are very interested in having their infrastructure available in those areas, because that’s what their customers are asking for. But those are also places where there’s the greatest risk of damage because of fires.”

The biggest threat to cell service may not be direct fire damage to a tower.

“When we looked at fires in the fall of 2019 in California, the major reason that providers reported loss of services was due to power outages,” Anderson says. “Power lines are just as vulnerable, or maybe more vulnerable, to outage or to damage than the cell towers.”

Most cell sites depend on a single source of electricity, so first among the researchers’ recommendations for protecting cellular networks is emergency power.

“Cell towers in high-risk areas all need to have backup power, battery backup or generator backup, that can enable them to continue to operate even if fire cuts off their primary power,” Barford says.

In high-fire-risk areas, priority should be given to more open, accessible property when choosing tower sites, and more care taken to maintain a physical buffer around sites by regularly removing vegetation that could draw a fire right up to delicate equipment.

The stakes can be high. More than 80 percent of California’s 911 calls come from cellphones, and cellular networks are vital to first responders trying to contain a fire and organize in an emergency. When firefighting and rescue agencies forecast the direction a fire is expected to take, they need to quickly deliver warnings and instructions to the people in harm’s way.

“One of the ways of communicating that risk to people in these fire-prone areas — to send emergency notifications that say a fire is on the way, everyone in this area must evacuate — is through the cellular infrastructure,” Anderson says. “If those messages can’t go through because of disruptions in the cellular network, that can have life or death consequences.”