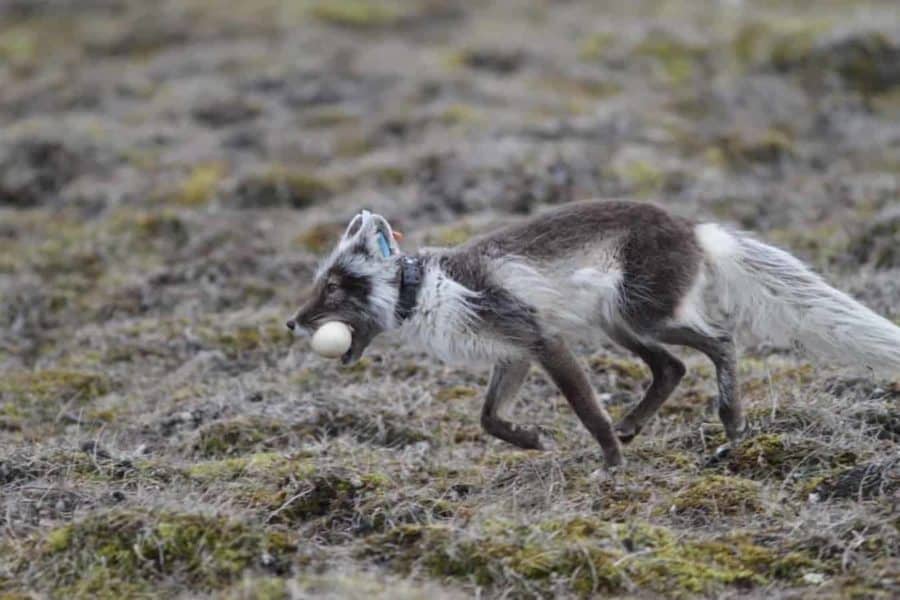 Three decades of data on animal migration and movements in the Arctic, tracked through a massive database developed by environmental engineers, shows that animals in one of Earth’s coldest regions are shifting their behaviors because of climate change.

The database, described in an article published today in the journal Science, includes records from ecologists around the world. It includes more than 200 research projects tracking the movements of more than 8,000 marine and land animals from 1991 to today.

“What we ended up with is this massive dataset that can tell us how the behavior of animals is evolving in the face of climate change,” said Gil Bohrer, a professor of civil, environmental and geodetic engineering at The Ohio State University, who developed the database and is one of the lead authors of the paper.

Scientists know the Arctic is warming. Average temperatures have increased about 2.3 degrees Celsius since the 1970s, research shows.

Earlier springs, warmer winters, shrinking ice and increased human development are affecting how native animals behave, researchers have found. Along with the details of the database, the paper published in Science includes the results from three studies based on the data, showing long-term and large-scale behavioral changes in the behaviors of golden eagles, bears, caribou, moose and wolves.

Ecologists have been watching individual species — and individual animals — for years, but until this database, no comprehensive source existed to gather the collected data over time across different studies, and collected by different researchers in academic, private and government agencies. The database is hosted on Movebank, a research and collaboration platform for animal movement, developed and housed at the Max Planck Institutes in Germany.

Collecting, cleaning and synthesizing the data into an easy-to-use database involved navigating political boundaries, individual research institution policies, and 30 years of notes from thousands of researchers.

But collecting the data into one place was important, Bohrer said: Without the database, scientists worldwide would have a difficult time quantifying the long-term effects of climate change and other human activity on animals across the Arctic.

“Ecologists are doing the best they can, but often, movement track data would be lost — researchers retire or move to other positions, the hard drive ends up getting lost, the research notebook is misplaced or thrown away, and then that data is gone,” Bohrer said. “And animal tracking is very hard to do, so a research project might cover a handful of animals, maybe 10s at the most. Each animal-movement tag costs hundreds — and sometimes thousands — of dollars, and you need to catch the animal and follow it. It’s a lot of work and a lot of money.”

The database, Bohrer said, allows researchers to share their work with other scientists, potentially saving both money and time and, for the first time, allowing ecologists to identify and locate data collected by others anywhere in the Arctic, and use shared data to evaluate long-term, and large-scale movements of multiple species from a common data source.

The three research studies that based their findings on the database show that the Arctic’s animals are shifting their behaviors in ways that could affect the animals’ ability to eat, mate and survive.

One study compared movements of more than 100 golden eagles from 1993 to 2017 and found that immature birds migrating north in the spring arrived to that region earlier after a mild winter, indicating that warmer temperatures may push them to migrate sooner. Adult golden eagles, which on average start their migration earlier than immature birds, however, did not shift their patterns. That could have consequences for nesting and chick survival, the study’s authors found. In that case, access to comprehensive data gives ecologists better strategies for managing those bird populations.

Another study tracked more than 900 female caribou from 2000 to 2017 and found that more northern herds are giving birth earlier in the spring, while the calving dates of southern populations have not changed. The calving dates of northern populations are apparently responding to the mean warmer conditions and early spring onset in the Arctic. However, this response of earlier calving dates is risky. The early spring dates are associated with higher weather variation, and events of late deep spring snow are more likely to kill calves born earlier in the season.

A third study analyzed the speeds at which bear, caribou, moose and wolves moved throughout the region from 1998 to 2019 and found that those species moved at different speeds depending on seasonal temperatures, rain and winter snow. That matters for the animals’ ability to survive: The ability of many land animals to hunt food is built around their ability to move around large areas of land. The study found that moose and caribou moved more in days with higher temperatures, while their predators, wolf and black bears, tended to move less. The results suggest that herbivores will have a harder time finding food and avoiding predators as temperatures continue to rise.

The database also gives researchers a baseline of how many animals behaved in the early 1990s, which will allow them to track changes over the coming decades.

This work was funded by NASA’s Arctic-Boreal Vulnerability Experiment.