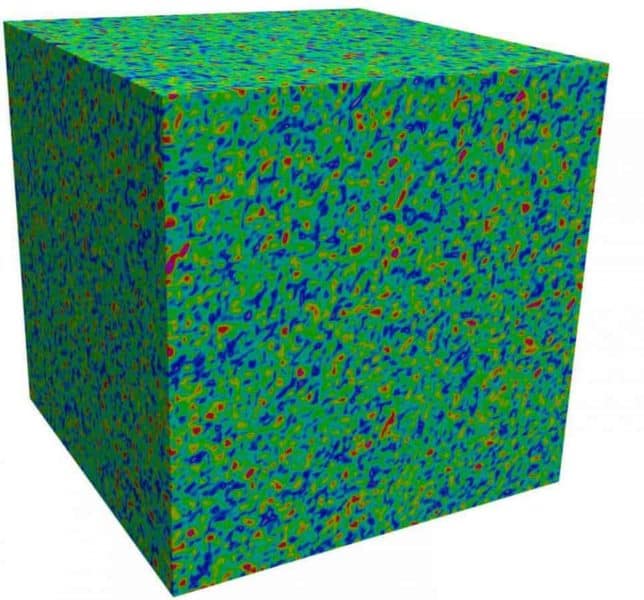 Deep learning, also called machine learning, reproduces data to model problem scenarios and offer solutions. However, some problems in physics are unknown or cannot be represented in detail mathematically on a computer. Researchers at the University of Illinois Urbana-Champaign developed a new method that brings physics into the machine learning process to make better predictions.

The researchers used turbulence to test their method.

“We don’t know how to mathematically write down all of turbulence in a useful way. There are unknowns that cannot be represented on the computer, so we used a machine learning model to figure out the unknowns. We trained it on both what it sees and the physical governing equations at the same time as a part of the learning process. That’s what makes it magic and it works,” said Willett Professor and Head of the Department of Aerospace Engineering Jonathan Freund.

Freund said the need for this method was pervasive.

“It’s an old problem. People have been struggling to simulate turbulence and to model the unrepresented parts of it for a long time,” Freund said.

Then he and his colleague Justin Sirignano had an epiphany.

“We learned that if you try to do the machine learning without considering the known governing equations of the physics, it didn’t work. We combined them and it worked.”

When designing an air or spacecraft, Freund said this method will help engineers predict whether or not a design involving turbulent flow will work for their goals. They’ll be able to make a change, run it again to get a prediction of heat transfer or lift, and predict if their design is better or worse.

“Anyone who wants to do simulations of physical phenomena might use this new method. They would take our approach and load data into their own software. It’s a method that would admit other unknown physics. And the observed results of that unknown physics could be loaded in for training,” Freund said.

The work was done using the super-computing facility at the National Center for Supercomputing at UIUC known as Blue Waters, making the simulation faster and so more cost efficient.

The next step is to use the method on more realistic turbulence flows.

“The turbulent flow we used to demonstrate the method is a very simple configuration,” Freund said. “Real flows are more complex. I’d also like to use the method for turbulence with flames in it—a whole additional type of physics. It’s something we plan to continue to develop in the new Center for Exascale-enabled Scramjet Design, housed in NCSA.”

Freund said this work is at the research level but can potentially affect industry in the future.

“Universities were very active in the first turbulence simulations, then industry picked them up. The first university-based large-eddy simulations looked incredibly expensive in the 80s and 90s. But now companies do large-eddy simulations. We expect this prediction capability will follow a similar path. I can see a day in the future with better techniques and faster computers that companies will begin using it.”

The study, “DPM: A deep learning PDE augmentation method with application to large-eddy simulation,” was written by Justin Sirignano, Jonathan F. MacArt, and Jonathan B. Freund. It is published in the Journal of Computational Physics. DOI: 10.1016/j.jcp.2020.109811

This research is supported by the Department of Energy, National Nuclear Security Administration. It is part of the Blue Waters sustained-petascale computing project, which is supported by the National Science Foundation and the State of Illinois. Blue Waters is a joint effort of the University of Illinois Urbana-Champaign and its National Center for Supercomputing Applications.