An unfortunate truth about the use of mechanical ventilation to save the lives of patients in respiratory distress is that the pressure used to inflate the lungs is likely to cause further lung damage.

In a new study, scientists identified a molecule that is produced by immune cells during mechanical ventilation to try to decrease inflammation, but isn’t able to completely prevent ventilator-induced injury to the lungs. 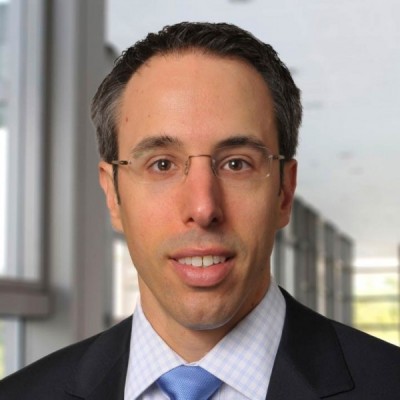 The team is working on exploiting that natural process in pursuit of a therapy that could lower the chances for lung damage in patients on ventilators. Delivering high levels of the helpful molecule with a nanoparticle was effective at fending off ventilator-related lung damage in mice on mechanical ventilation.

“Our data suggest that the lungs know they’re not supposed to be overinflated in this way, and the immune system does its best to try to fix it, but unfortunately it’s not enough,” said Dr. Joshua A. Englert, assistant professor of pulmonary, critical care and sleep medicine at The Ohio State University Wexner Medical Center and co-lead author of the study. “How can we exploit this response and take what nature has done and augment that? That led to the therapeutic aims in this study.”

The work builds upon findings from the lab of co-lead author Samir Ghadiali, professor and chair of biomedical engineering at Ohio State, who for years has studied how the physical force generated during mechanical ventilation activates inflammatory signaling and causes lung injury.

Efforts in other labs to engineer ventilation systems that could reduce harm to the lungs haven’t panned out, Ghadiali said. 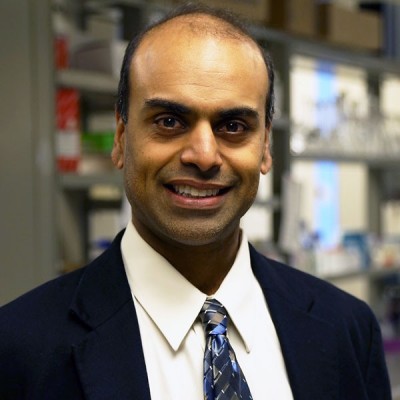 “We haven’t found ways to ventilate patients in a clinical setting that completely eliminates the injurious mechanical forces,” he said. “The alternative is to use a drug that reduces the injury and inflammation caused by mechanical stresses.”

The research is published today (Jan. 12, 2021) in Nature Communications.

Though a therapy for humans is years away, the progress comes at a time when more patients than ever before are requiring mechanical ventilation: Cases of acute respiratory distress syndrome (ARDS) have skyrocketed because of the ongoing COVID-19 pandemic. ARDS is one of the most frequent causes of respiratory failure that leads to putting patients on a ventilator.

“Before COVID, there were several hundred thousand cases of ARDS in the United States each year, most of which required mechanical ventilation. But in the past year there have been 21 million COVID-19 patients at risk,” said Englert, a physician who treats ICU patients.

The immune response to ventilation and the inflammation that comes with it can add to fluid build-up and low oxygen levels in the lungs of patients already so sick that they require life support.

The molecule that lessens inflammation in response to mechanical ventilation is called microRNA-146a (miR-146a). MicroRNAs are small segments of RNA that inhibit genes’ protein-building functions – in this case, turning off the production of proteins that promote inflammation.

The researchers found that immune cells in the lungs called alveolar macrophages – whose job is to protect the lungs from infection – activate miR-146a when they’re exposed to pressure that mimics mechanical ventilation. This action makes miR-146a part of the innate, or immediate, immune response launched by the body to begin its fight against what it is perceiving as an infection – the mechanical ventilation.

“This means an innate regulator of the immune system is activated by mechanical stress. That makes me think it’s there for a reason,” Ghadiali said. That reason, he said, is to help calm the inflammatory nature of the very immune response that is producing the microRNA.

The research team confirmed the moderate increase of miR-146a levels in alveolar macrophages in a series of tests on cells from donor lungs that were exposed to mechanical pressure and in mice on miniature ventilators. The lungs of genetically modified mice that lacked the microRNA were more heavily damaged by ventilation than lungs in normal mice – pointing to miR-146a’s protective role in lungs during mechanical breathing assistance. Finally, the researchers examined cells from lung fluid of ICU patients on ventilators and found miR-146a levels in their immune cells were increased as well.

The problem: The expression of miR-146a under normal circumstances isn’t high enough to stop lung damage from prolonged ventilation.

The intended therapy would be introducing much higher levels of miR-146a directly to the lungs to ward off inflammation that can lead to injury. When overexpression of miR-146a was prompted in cells that were then exposed to mechanical stress, inflammation was reduced.

To test the treatment in mice on ventilators, the team delivered nanoparticles containing miR-146a directly to mouse lungs – which resulted in a 10,000-fold increase in the molecule that reduced inflammation and kept oxygen levels normal. In the lungs of ventilated mice that received “placebo” nanoparticles, the increase in miR-146a was modest and offered little protection.

From here, the team is testing the effects of manipulating miR-146a levels in other cell types – these functions can differ dramatically, depending on each cell type’s job.

“In my mind, the next step is demonstrating how to use this technology as a precision tool to target the cells that need it the most,” Ghadiali said.

The collaborative work by researchers in engineering, pulmonary medicine and drug delivery was conducted at Ohio State’s Davis Heart and Lung Research Institute (DHLRI), where Englert and Ghadiali have labs and teamed with Ohio State graduate students and co-first authors Christopher Bobba from the MD/PhD training program and Qinqin Fei from the College of Pharmacy to lead the studies.

The research was supported by grants from the National Institutes of Health and the Department of Defense, and an Ohio State Presidential Fellowship.