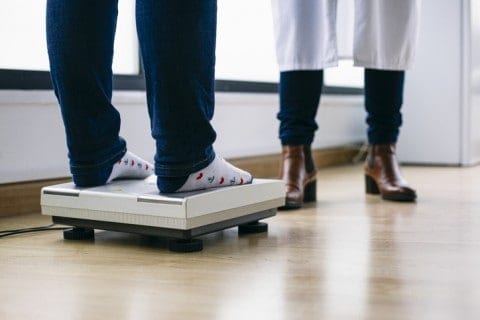 A new anti-obesity medication was shown to be almost twice as effective at helping individuals lose weight than some of the current weight-loss drugs on the market, according to a new landmark study conducted at Northwestern Medicine and other institutions.

The drug, semaglutide, taken once a week at 2.4 mg, works by suppressing appetite centers in the brain to reduce hunger and calorie intake. It could be a gamechanger for those who struggle with obesity, which impacts more than 40% of adults in the United States. Obesity is associated with multiple complications such as type 2 diabetes, hypertension, heart disease, arthritis, sleep apnea, some forms of cancer and decreased life expectancy.

The study was published online February 10 in the New England Journal of Medicine.

“This is by far the most effective intervention we have seen for weight management when you compare it to many of the currently existing drugs,” said corresponding author Dr. Robert Kushner, professor of medicine and medical education at Northwestern University Feinberg School of Medicine and an internal medicine physician at Northwestern Medicine. “Semaglutide sets the bar for a new generation of more effective weight-loss medications.”

The multi-site study investigated the effectiveness and safety of taking a weekly injection of semaglutide 2.4 mg along with individual lifestyle counseling sessions.

Starting from an average baseline weight of 230 lbs. and body mass index of 38 kg/m2, participants’ average weight loss was 14.9% (34 lbs.) compared to 2.4% (5 lbs.) for the placebo group. When compared to other weight-management drugs currently on the market, which are proven to help individuals lose between 6 to 11% of their body weight, semaglutide is about 1.5 to two times more effective.

Approximately 70% of study participants reached a weight loss of at least 10% of their baseline body weight, which is clinically relevant, Kushner said.

“A lot of the health concerns we see in people who are struggling with their weight, such as diabetes, high blood pressure or gastroesophageal reflux disease (GERD), tend to improve when they reach a weight loss of 10%,” Kushner said.

Additionally, one third of study participants treated with semaglutide lost at least 20% (46 lbs.) of their baseline weight, which is a common reduction for many patients who have had bariatric surgery in the one to three years following their procedure.

“It’s the very first time we have a medication that even begins to approach the weight loss people achieve with bariatric surgery,” Kushner said. Bariatric surgery is still more effective than this medication, he said, but surgery carries additional risks.

The drug would be intended for long-term use, Kushner said.

Participants took semaglutide through subcutaneous injection (similar to someone taking insulin for diabetes) once a week and received individual counseling sessions from registered dietitians every four weeks to help them adhere to the reduced-calorie diet and increased physical activity. These face-to-face or phone counseling sessions provided participants with guidance, behavioral strategies and motivation. . Additionally, participants received incentives such as kettle balls or food scales to mark progress and milestones.

Side effects from the drug included mild-to-moderate nausea and diarrhea that were transient and generally resolved without permanent discontinuation from the study, Kushner said.

Semaglutide currently is on the market to help manage diabetes, but it is approved only for a lower dose. The U.S. Food and Drug Administration is currently reviewing its use at a higher dose with the explicit use of helping individuals lose weight.

Dr. Kushner was the corresponding author for the Semaglutide Treatment Effect in People with Obesity (STEP) 1 study group.

John Wilding, professor of cardiovascular and metabolic medicine at University of Liverpool Institue of Ageing and Chronic Disease is the study’s first author. Thomas A.Wadden, PhD, the Albert J. Stunkard Professor of Psychology in Psychiatry at the Perelman School of Medicine at the University of Pennsylvania and Dr. Dr. Ildiko Lingvay, professor of internal medicine at UT Southwestern Medical Center, also were co-authors.

Funding for the study was provided by Novo Nordisk, which manufacturers Rybelsus and Ozempic (semaglutides intended for diabetes treatment). Dr. Kushner received advisory board fees from Novo Nordisk.