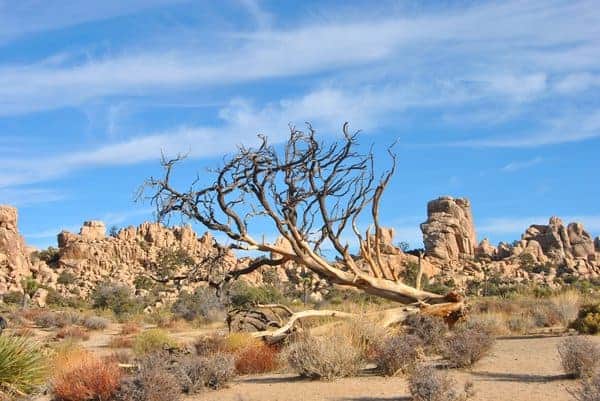 Earth’s land ecosystems absorb a large portion of all the carbon dioxide emissions produced by human activities, helping to slow global warming. On average for a given year, plants and soil take up, or fix, about 30 percent of human emissions. But from one year to the next, that number can be as high as 40 percent or as low as 20 percent. Climate scientists aim to pin down exactly what produces this variability so they can account for it and create the most accurate models for predicting future climate.

But there has been significant debate within the climate modeling community over what exactly causes this so-called interannual variability. One side argues that these changes are mostly driven by atmospheric properties, such as temperature and air humidity near the surface. The other says that soil moisture is far more important.

A new study led by Caltech and published in the April 1 issue of the journal Nature resolves this debate, showing that soil moisture is indeed in the driver’s seat in terms of how much carbon dioxide is taken up by land ecosystems. However, the study also concludes that the amount of moisture in the soil affects temperatures and humidity near the surface, which in turn affect plants’ ability to fix carbon.

“Soil moisture is the driver, and temperature and humidity are the lever,” says Vincent Humphrey, a former postdoctoral scholar at Caltech and lead author on the new paper.

To analyze the importance of soil moisture, the researchers ran simulations using climate models that fully integrate what is known about Earth’s land, oceans, and atmosphere. They simulated two different worlds: a reference planet with normal Earth conditions, and a hypothetical world that never experiences extremes in soil moisture—no droughts nor floods. In the reference simulation, they saw the expected variability in carbon uptake by the land over time. But in the case of the hypothetical world, the year-to-year changes basically disappeared. When the researchers never allowed an anomaly in the moisture of the soil, plants always fixed approximately the same percentage of human emissions.

“Here we have a smoking gun,” says Humphrey. “We can say with confidence that soil moisture plays a dominant role in the year-to-year change we see in the amount of carbon taken up by the land.”

But the researchers also realized that in the hypothetical world without drought or floods, there were far fewer events with elevated temperatures or reduced humidity than the reference. This, they found, was due to a set of processes called land–atmosphere feedbacks, when land characteristics strongly control the atmosphere near Earth’s surface.

To understand this, Humphrey suggests thinking of a time you walked into a small grouping of trees in a park and felt the temperature immediately drop. This happens because trees release a lot of water through the evaporative process of transpiration. This directs the sun’s energy toward vaporizing water rather than letting it heat the surroundings. During a drought, when there is not as much water around for plants to transpire, more of the sun’s energy goes into heating and drying out the air.

“Our results show that soil moisture significantly impacts near-surface temperatures and atmospheric humidity because of these land–atmosphere feedbacks,” says paper co-author Christian Frankenberg, professor of environmental science and engineering at Caltech and research scientist at the Jet Propulsion Laboratory, which Caltech manages for NASA. He adds that the study found that if the soil is dry, extreme events such as heat waves become much more harmful because the plants cannot do their job of remoistening and cooling the land surface. “If there is ample soil moisture available, this dampens some of these extreme events,” he says.

The scientists were surprised by the importance of these land–atmosphere feedbacks in terms of their effect on global carbon uptake. It turned out that the direct impact of changing soil moisture only accounted for about a quarter of the interannual variability. A surprising 75 percent came indirectly, as a product of changes to the temperature and air humidity. This means that during droughts, plants are unable to fix carbon not so much because there is less water in the soil but mainly because the atmosphere has quickly become hotter and drier as a result of the drought.

“This finally reconciles the different perspectives that people in our field have had,” says Humphrey. “Until you know that the soil moisture has influenced the temperature and that’s why you see both of them having an effect, you have the impression that there is a conflict between the results. This finally cools down the debate. Everybody’s right.”

The new Nature paper is titled “Soil moisture-atmosphere feedback dominates land carbon uptake variability.” Along with Humphrey and Frankenberg, additional authors on the paper are Alexis Berg of Harvard University; Philippe Ciais of the Laboratoire des Sciences du Climat et de l’Environnement in France; Pierre Gentine of Columbia University in New York; Martin Jung and Markus Reichstein of the Max Planck Institute for Biogeochemistry in Jena, Germany; and Sonia I. Seneviratne of ETH Zurich in Switzerland.