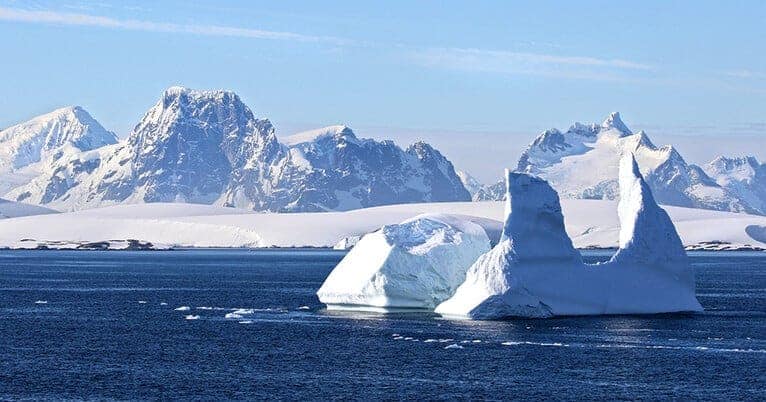 A Florida State University geochemist and postdoctoral scholar were part of an international research team that has found new evidence of a low-altitude meteoritic touchdown event reaching the Antarctic ice sheet 430,000 years ago.

The geological record has long shown evidence of meteorite collisions with Earth, but scientists had previously only known of two airbursts — large meteorite or comet collisions with the atmosphere that leave no crater behind — because they occurred in the modern era with witnesses. Airbursts are bizarre events that resemble large thermonuclear explosions, and scientists note that such an event occurring today over populated regions would result in enormous destruction of life and property.

The team’s findings, published in Science Advances, indicate the Antarctic impact was much more hazardous than the Tunguska and Chelyabinsk airburst events that occurred over Russia in 1908 and 2013.

The unusual touchdown event occurred when a jet of melted and vaporized meteoritic material reached Earth’s surface at high velocity. That material was generated by the atmospheric entry of an asteroid at least 100 meters in diameter, and the impact energy was entirely dissipated into the atmosphere.

Munir Humayun, a professor in FSU’s Department of Earth, Ocean and Atmospheric Science and a researcher at the FSU-headquartered National High Magnetic Field Laboratory, and postdoctoral researcher Shuying Yang analyzed the chemical composition of extra-terrestrial particles, known as condensation spherules, recovered on the summit of Walnumfjellet, within the Sør Rondane Mountains, Queen Maud Land, East Antarctica,

“This study found a set of unique melted meteoritic spherules in Antarctica that have been chemically traced to show a huge airburst that released the equivalent energy of about 100 megatons of TNT age-dated to about 430,000 years ago,” Humayun said. “The lateral extent of the fireball would have been about 10 kilometers (6 miles) wide, about half the size of Tallahassee, although destruction would have affected a much larger area.”

Humayun and Yang analyzed 76 elements in the spherules to fingerprint the type of meteorite and determine if there were terrestrial debris present in the spherules’ composition. The dominance of chondritic meteorite material with oxygen derived from Antarctic ice (inferred from isotope tracing) in the spherules indicate the meteorite came very close to the Earth’s surface without actually hitting the ground.

“Objects that are low in cohesive strength, such as icy objects or porous asteroids, tend to explode in the atmosphere, whereas cohesive bodies are stopped by the ground,” Humayun said. “The result tells us the fireball came close enough to vaporize large volumes of ice that were then incorporated in the fireball, and the spherules condensed from the vaporized meteorite and ice mixture.”

Matthias van Ginneken, a cosmochemist specializing in the study of micrometeorites from the University of Kent’s School of Physical Sciences, led the study with colleagues from Belgium, Germany, Russia, the U.S., and the U.K. He said the study guides an important discovery for the geological record where evidence of such events is scarce, primarily due to the difficulty in identifying and characterizing impact particles.

“To complete Earth’s asteroid impact record, we recommend future studies focus on the identification of similar events on different targets, such as rocky or shallow oceanic basements, as the Antarctic ice sheet only covers 9 percent of Earth’s land surface,” Van Ginneken said.

The condensation spherules examined in this study were found during the 2017-18 Belgian Antarctic Meteorites expedition based at the Belgian Princess Elisabeth Antarctica Research Station and funded by the Belgian Federal Science Policy Office.