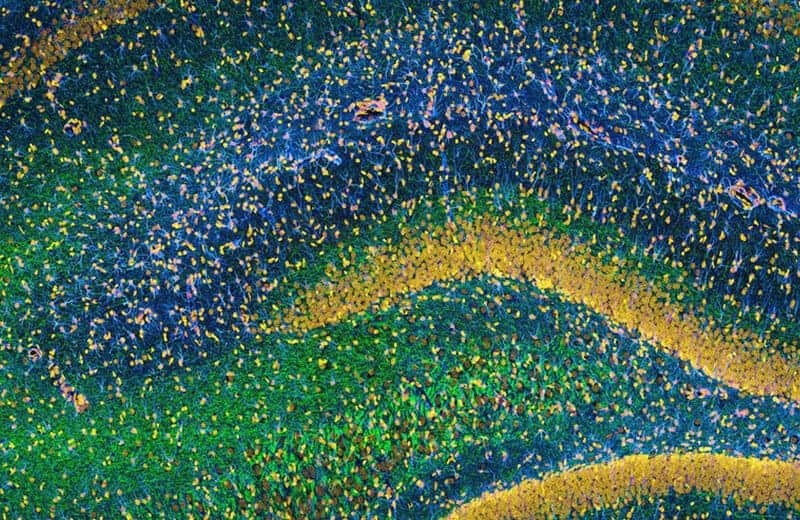 The study, published March 31 in Translational Psychiatry, also is the first to show how a specific change to the gut microbiome — the bacteria and other microorganisms growing in the stomach and intestines — can alter the function of a particular region of the brain.

According to the Centers for Disease Control and Prevention, sugar-sweetened beverages are a leading source of added sugars in Americans’ diets. Nearly two-thirds of young people in the United States consume at least one sugary drink each day.

Neuroscientist Scott Kanoski, associate professor of biological sciences at the USC Dornsife College of Letters, Arts and Sciences, has studied the link between diet and brain function for years. His research has shown that consumption of sugary beverages impairs memory function in rats and that those same drinks change the gut microbiome.

In the current study, Kanoski and researchers at UCLA and the University of Georgia, Athens, sought to find out if a direct link exists between changes to the microbiome and memory function.

The scientists gave adolescent rats free access to a sugar-sweetened beverage similar to those that humans drink.

The researchers found that, compared to rats that drank just water, the rats that consumed high levels of sugary drink had more difficulty with memory that uses the hippocampus. Sugar consumption did not affect memories made by the perirhinal cortex.

The researchers then asked if the Parabacteroides bacteria could, without the help of sugar, affect the rats’ memory function. They transplanted Parabacteroides bacteria that were grown in the lab into the guts of adolescent rats that drank just water. The rats receiving the bacteria showed memory impairment in the hippocampus when they grew to adulthood much the same as the sugar-drinking rats.

The scientists also found that, unlike the sugar-drinking rats, the transplanted rats also showed memory impairment in the perirhinal cortex. This difference provides further evidence that altered brain function associated with diet may actually be rooted in changes to the gut microbiome.

Previous studies have transplanted the entire gut microbiome from one group of animals to another, producing similar changes to brain function. However, this study is among the first to do so with just two specific species.

“It was surprising to us that we were able to essentially replicate the memory impairments associated with sugar consumption not by transferring the whole microbiome, but simply by enriching a single bacterial population in the gut,” said Kanoski, who is a corresponding author on the study.

Finally, the scientists examined the activity of genes in the hippocampus, comparing rats that drank the sugary beverage to those that drank just water and comparing water drinkers to those transplanted with Parabacteroides.

Gene activity did, in fact, change in both the rats that consumed the sugar-sweetened beverages and the rats transplanted with Parabacteroides. The genes that were affected control how nerve cells transmit electrical signals to other nerve cells and how they send molecular signals internally.

The results of this study confirm a direct link, on a molecular level, between the gut microbiome and brain function.

In future studies, Kanoski and the researchers hope to determine if changing habits, such as eating a healthier diet or increasing exercise, can reverse the harm to memory caused by elevated sugar consumption earlier in life.