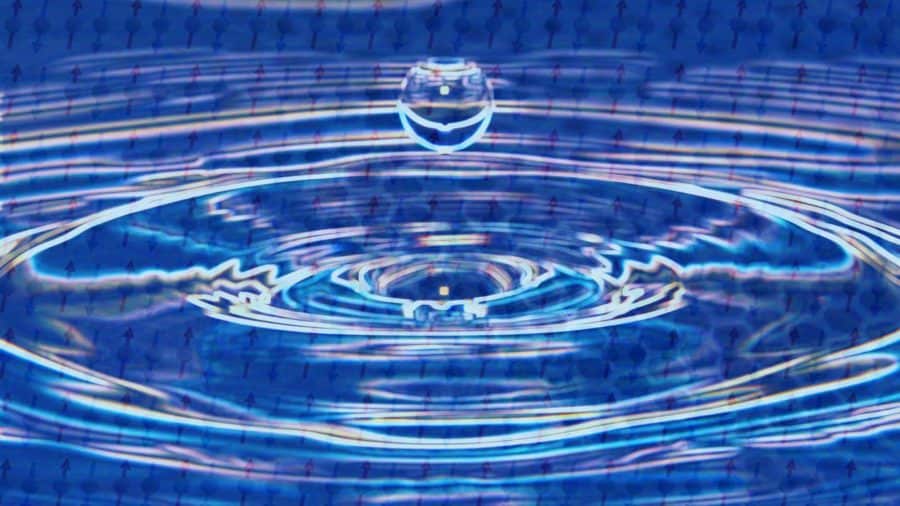 A new discovery led by Princeton University could upend our understanding of how electrons behave under extreme conditions in quantum materials. The finding provides experimental evidence that this familiar building block of matter behaves as if it is made of two particles: one particle that gives the electron its negative charge and another that supplies its magnet-like property, known as spin.

“We think this is the first hard evidence of spin-charge separation,” said Nai Phuan Ong, Princeton’s Eugene Higgins Professor of Physics and senior author on the paper published this week in the journal Nature Physics.

The experimental results fulfill a prediction made decades ago to explain one of the most mind-bending states of matter, the quantum spin liquid. In all materials, the spin of an electron can point either up or down. In the familiar magnet, all of the spins uniformly point in one direction throughout the sample when the temperature drops below a critical temperature.

However, in spin liquid materials, the spins are unable to establish a uniform pattern even when cooled very close to absolute zero. Instead, the spins are constantly changing in a tightly coordinated, entangled choreography. The result is one of the most entangled quantum states ever conceived, a state of great interest to researchers in the growing field of quantum computing.

To describe this behavior mathematically, Nobel prize-winning Princeton physicist Philip Anderson (1923-2020), who first predicted the existence of spin liquids in 1973, proposed an explanation: in the quantum regime an electron may be regarded as composed of two particles, one bearing the electron’s negative charge and the other containing its spin. Anderson called the spin-containing particle a spinon.

In this new study, the team searched for signs of the spinon in a spin liquid composed of ruthenium and chlorine atoms. At temperatures a fraction of a Kelvin above absolute zero (or roughly -452 degrees Fahrenheit) and in the presence of a high magnetic field, ruthenium chloride crystals enter the spin liquid state.

Graduate student Peter Czajka and Tong Gao, Ph.D. 2020, connected three highly sensitive thermometers to the crystal sitting in a bath maintained at temperatures close to absolute zero degrees Kelvin. They then applied the magnetic field and a small amount of heat to one crystal edge to measure its thermal conductivity, a quantity that expresses how well it conducts a heat current. If spinons were present, they should appear as an oscillating pattern in a graph of the thermal conductivity versus magnetic field.

The oscillating signal they were searching for was tiny — just a few hundredths of a degree change — so the measurements demanded an extraordinarily precise control of the sample temperature as well as careful calibrations of the thermometers in the strong magnetic field.

The team used the purest crystals available, ones grown at the U.S. Department of Energy’s Oak Ridge National Laboratory (ORNL) under the leadership of David Mandrus, materials science professor at the University of Tennessee-Knoxville, and Stephen Nagler, corporate research fellow in ORNL’s Neutron Scattering Division. The ORNL team has extensively studied the quantum spin liquid properties of ruthenium chloride.

In a series of experiments conducted over nearly three years, Czajka and Gao detected temperature oscillations consistent with spinons with increasingly higher resolution, providing evidence that the electron is composed of two particles consistent with Anderson’s prediction.

“People have been searching for this signature for four decades,” Ong said, “If this finding and the spinon interpretation are validated, it would significantly advance the field of quantum spin liquids.”

Czajka and Gao spent last summer confirming the experiments while under COVID restrictions that required them to wear masks and maintain social distancing.

“From the purely experimental side,” Czajka said, “it was exciting to see results that in effect break the rules that you learn in elementary physics classes.”