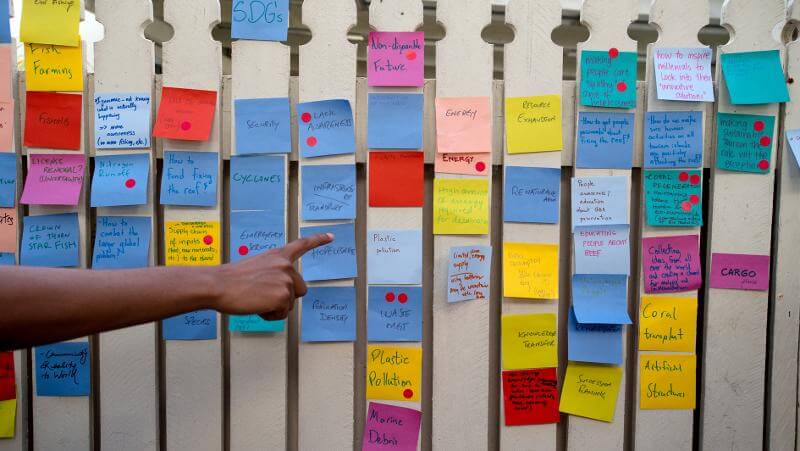 A new research study, conducted by QUT, RMIT and the University of Indiana, analysed data from 362 American cities with a focus on human agency, entrepreneurial spirit, and economic growth.

“If you build it, they will come,” so says the idiom but it’s the storytellers, knowledge-makers and an “agentic” or open-minded population who help create great entrepreneurial cities.

A new research study, conducted by QUT, RMIT and the University of Indiana, analysed data from 362 American cities with a focus on human agency, entrepreneurial spirit, and economic growth.

The study, based on geographic psychological profiles of millions of people based in the US, found people and an empowered city life matter in shaping urban vitality.

The research points to San Francisco and Austin as the zip codes that drive the highest-impact entrepreneurship conducive to economic growth.

Professor Martin Obschonka, Director of QUT’s Australian Centre for Entrepreneurship Research and a joint author of the research, said the findings needed to be tested in other areas like Australia.

“Our study describes an ideal and what cities should strive for,” Professor Obschonka said. “Future research could provide a more nuanced picture on how local populations with their unique psychological makeup interact with a structural city environment.”

The researchers acknowledge a “people-focused view” on great entrepreneurial cities builds on the work by influential author, theorist, journalist, and activist Jane Jacobs (pictured below) who wrote the book The Death and Life of Great American Cities. The 1961 publication spearheaded a movement against a four-lane road through New York’s Greenwich Village dismissing the scientific rationalism of urban planning and coining metaphoric concepts such as the “ballet of sidewalk” and “eyes on street”.

The new study, published in Research Policy, tests and extends Jane Jacob’s theory by revealing best performing cities in terms of growth-oriented entrepreneurship are those that empower open and agentic people.

“They are empowered by a physical and industrial city landscape that enables them to act in more innovative and entrepreneurial ways,” Professor Obschonka said. Professor Martin Obschonka (pictured left) said most empirical research addressing the economic performance of cities focus on the physical and industrial structures of cities, underestimating the role of people.

“The core message and spirit of Jane Jacobs has been overlooked,” he said.

“The most compelling finding of our study suggests that a strong open orientation of people in cities, designed to be dense and diverse, results in high impact entrepreneurship with start-ups that have the potential to grow significantly,” he said.

Professor Obschonka said by building a psychological profile of a city, a model was developed to identify geographic personality traits.

“One secret of great entrepreneurial cities seems to be that open-minded people are empowered by a city environment, bringing many similarly open-minded people together in dense and diverse places to interact, share new ideas and knowledge and inspire creativity,” he said.

“Empowering people liberates their imaginations and not only is the human spirit lifted through interactions among people in a city, but the flow of new ideas inspires vital new innovations.” Professor Obschonka said the study also has major implications for entrepreneurial ecosystems and cities, including those in Australia.

“It’s not only about promoting diversity of people but diversity of economic activities within sectors with cities to help create a fertile environment for sharing knowledge,” Professor Obschonka said.

“Cities and regions can promote a local open psychological orientation to stimulate growth in innovation processes.”

A pdf of the journal article is available upon request.