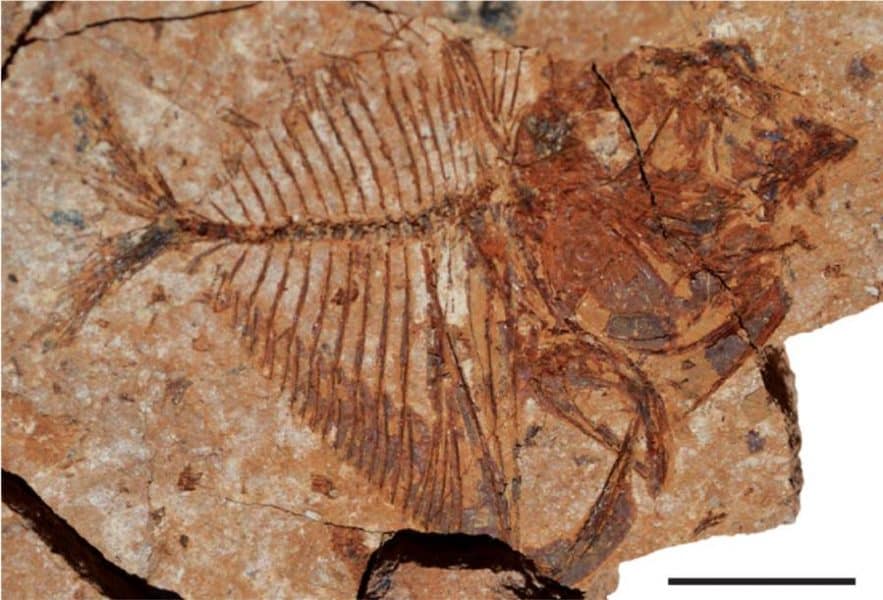 The Paleocene-Eocene Thermal Maximum, or PETM, was a short interval of highly elevated global temperatures 56 million years ago that is frequently described as the best ancient analog for present-day climate warming.

Fish are among the organisms thought to be most sensitive to warming climates, and tropical sea-surface temperatures during the PETM likely approached temperatures that are lethal to some modern marine fish species, according to some estimates.

But newly discovered fish fossils from an eastern Egyptian desert site show that marine fishes thrived in at least some tropical areas during the PETM. The study, from a team of Egyptian scientists and a University of Michigan colleague, provides a snapshot of an ecosystem during an extreme warming event and may provide insights for the future.

“The impact of the PETM event on life at the time is of wide interest. But a major gap in our understanding is how life in the tropics responded, because this region is not well-sampled for many fossil groups,” said U-M paleontologist Matt Friedman, co-author of a study published online May 17 in the journal Geology.

“On the basis of the scant evidence we have for fishes—remembering that this Egyptian site provides our first peek from the tropics—they seem to have weathered the PETM surprisingly well, and there are even hints that important diversification in the group might have happened around or just after this time,” said Friedman, director of U-M’s Museum of Paleontology and an associate professor in the Department of Earth and Environmental Sciences.

The lead author of the Geology paper is Sanaa El-Sayed of Egypt’s Mansoura University, an Egyptian paleontologist who will be an incoming University of Michigan doctoral student this fall. 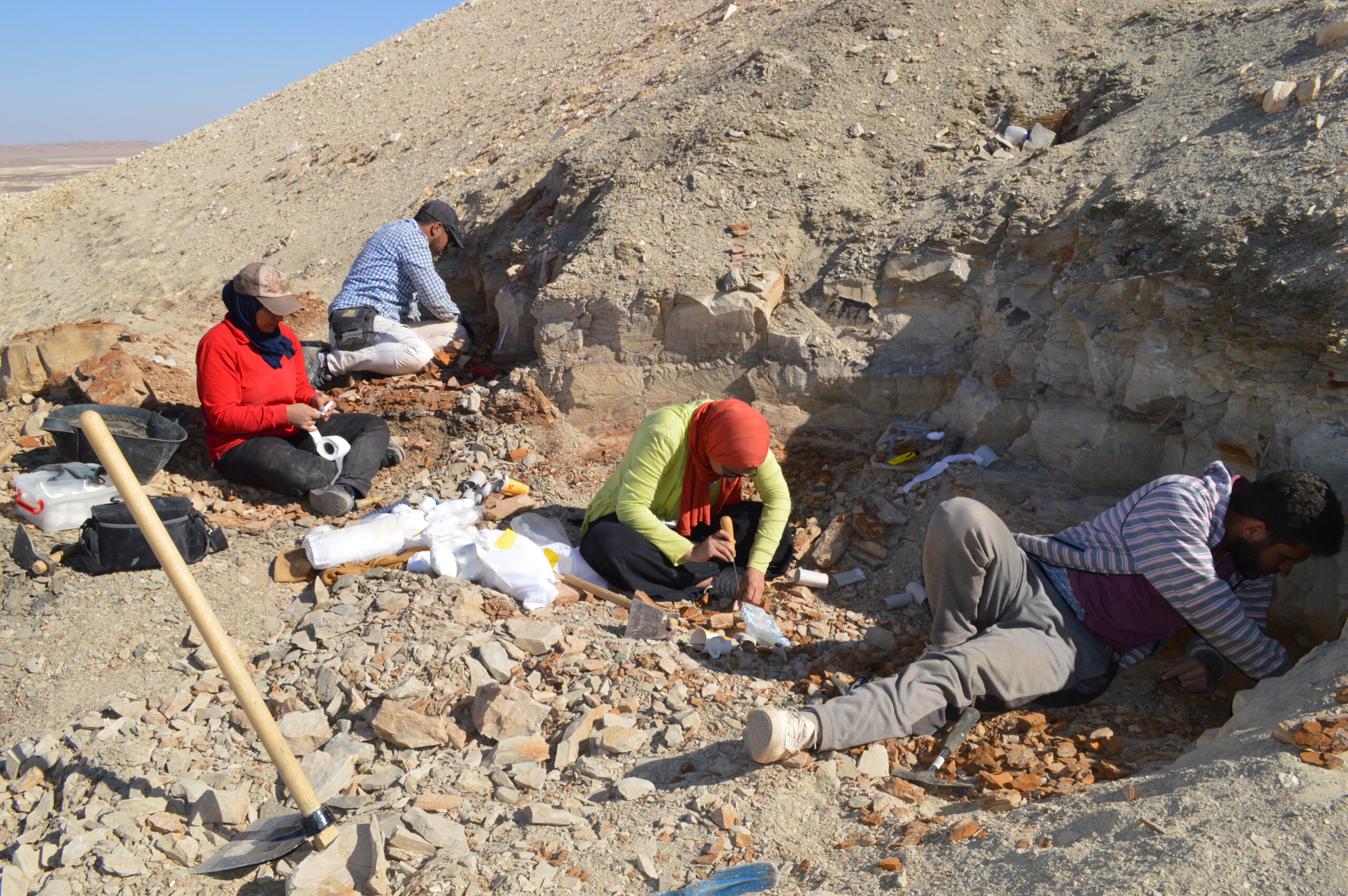 The newly discovered fossil assemblage, known as Ras Gharib A, was excavated from a site in Egypt’s Eastern Desert, roughly 200 miles southeast of Cairo and west of the Gulf of Suez and the Sinai Peninsula.

The fossils provide the first clear picture of marine bony fish diversity in the tropics during the PETM. Previous studies estimated that sea surface temperatures in some parts of the tropics likely surpassed 95 degrees Fahrenheit (35 C) at that time, suggesting dire consequences for low-latitude ocean fishes.

But the Egyptian fossils capture an intact ecosystem with diverse fish lineages and a variety of ecologies. The composition of the Ras Gharib A fish community is similar to PETM-aged fish fossils from sites at higher latitudes.

A percomorph, a member of the same group that includes familiar Michigan species such as walleye and perch, from Ras Gharib A. Scalebar equals 10 mm. Image credit: El-Sayed et al. in Geology, 2021

“While the broader evolutionary consequences of the PETM for marine fishes remain little explored, the available paleontological evidence does not suggest a widespread crisis among marine fishes at that time,” El-Sayed said. “In fact, the available records reveal that this time might have been a significant episode of evolutionary diversification among key modern fish groups, similar to patterns reported for land-living mammals.”

Several factors might help explain why the Ras Gharib A fishes seem to have weathered the PETM.

First off, previous estimates of sea-surface temperatures exceeding 95 degrees apply broadly to tropical regions, but temperature data specific to the Ras Gharib A site is not yet available. It’s possible that the northern coast of Africa experienced an upwelling of cool water from deeper in the ocean, for example. Or perhaps fishes moved to deeper, cooler waters to avoid the warmest temperatures.

Another possibility is that marine fishes at that time were simply more resilient than researchers had thought. After all, they evolved early in the Cenozoic Era when climates were already several degrees warmer than today.

“A more detailed picture of the setting in which these fishes lived is a key part of the puzzle,” Friedman said. “This report really marks the beginning of a research project, and there’s much more to do when it comes to studying the fossils themselves and their broader environmental context.” 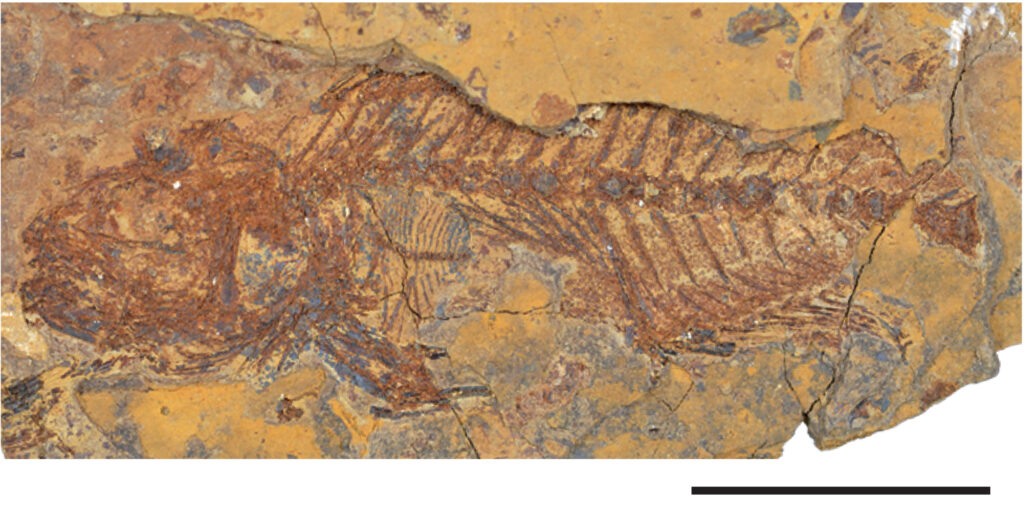 A percomorph, a member of the same group that includes familiar Michigan species such as walleye and perch, from Ras Gharib A. Scalebar equals 10 mm. Image credit: El-Sayed et al. in Geology, 2021

Through international collaborations like this Egyptian project, paleontologists can flesh out the fossil record in important regions like the tropics, helping to fill gaps in the story of life on Earth, Friedman said.

The PETM-aged fish fossils from Ras Gharib A were found in a layer of dark-gray shale and include examples of more than a dozen groups of bony fishes typical of the Eocene, the geological epoch that began with the PETM. Whole fishes are relatively abundant, but many individuals are small, measuring an inch or less in total length.

A group called percomorph acanthomorphs—which includes familiar Michigan fishes like walleye, bass and bluegills—are the most diverse kind of fishes at Ras Gharib A. Other fishes at the site include deep-sea hatchetfish and predatory species called bonytongues, whose relatives live in freshwater today.

The single most abundant fish type in the assemblage is a moonfish from the genus Mene, represented by more than 60 specimens. Still alive today, Mene is now restricted to tropical and subtropical regions of the Indian and Pacific oceans. 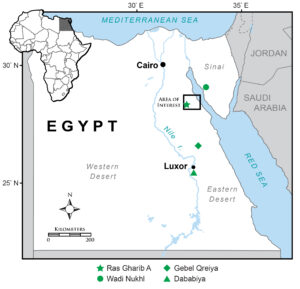 But during the PETM, these fish inhabited the tropics and were also found as far north as Denmark, showing how the warm period allowed some creatures to expand their ranges.

So, what insights can these ancient Egyptian fish fossils provide when considering how present-day life on Earth will likely respond to human-caused climate change? One lesson seems to be that different groups of organisms show contrasting responses to extreme warming events.

While the fishes from Ras Gharib A survived and may even have thrived during the PETM, coral reef ecosystems were practically wiped out at low latitudes, while clams and snails showed a muted response and some types of plankton seemed to have diversified, according to Friedman.

“Impacts on ecosystems involve the interplay of multiple groups,” he said. “The survival of one group in isolation shouldn’t be taken as evidence that changing climates are something to brush off.”

Also, it’s important to keep in mind that while the PETM is the best ancient analog for modern climate change, it’s still an imperfect comparison.

By some estimates, humans are now releasing carbon dioxide into the atmosphere at more than 10 times the rate that led to the PETM. During the PETM, global climate responded to the added carbon by warming 9 to 14 degrees Fahrenheit (5 to 8 C) over thousands of years. Today, realistic emissions scenarios put us on track for around half of that warming over just a few centuries, Friedman said.

“It’s really a sign of how unprecedented the current situation is,” he said.