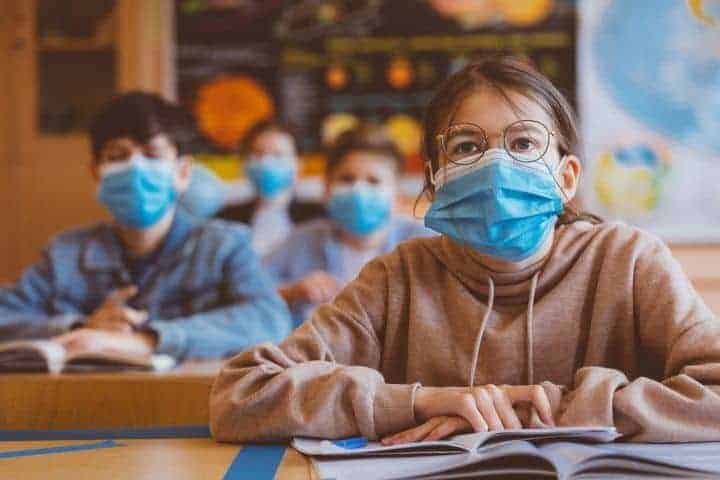 The rate of Kawasaki disease in South Korea has substantially decreased during the COVID-19 pandemic, possibly due to pandemic prevention efforts, such as mask-wearing, hand-washing and physical distancing, according to new research published today in the American Heart Association’s flagship journal Circulation.

Kawasaki disease is the most common cause of heart disease that develops after birth in children, creating inflammation in blood vessels, particularly heart arteries. Kawasaki disease usually occurs before age 5 and is more common among children of Asian descent, although it affects children of all races and ethnicities. South Korea has the second-highest incidence of Kawasaki disease in the world, after Japan.

Symptoms of Kawasaki disease include fever, rash, red lips and strawberry tongue (bumpy and red with enlarged taste buds). Prompt treatment is critical to prevent significant heart problems, and most children recover fully with treatment. Although the cause of Kawasaki disease is unknown, it may be an immune response to an acute infectious illness based in part on genetic susceptibilities.

Researchers reviewed health records from January 2010 to September 2020 in a South Korean national health insurance database to identify Kawasaki disease cases among children from birth to 19 years old. They identified 53,424 cases of Kawasaki disease during the 10 years studied, and 83% of cases occurred in children younger than 5 years of age.

“Our findings emphasize the possible impact of environmental triggers on the occurrence of Kawasaki disease,” said study lead author Jong Gyun Ahn, M.D., Ph.D., associate professor of pediatrics at Severance Children’s Hospital at Yonsei University College of Medicine in Seoul, South Korea. “The decrease in the incidence of Kawasaki disease after the implementation of non-pharmaceutical interventions is very clear, and it is unlikely that other independent interventions were accidentally involved.

“The broad and intensive COVID-19 prevention interventions had the additional effect of lowering the incidence of respiratory infections, which have previously been suggested as triggering agents for Kawasaki disease,” Ahn noted. “Additionally, the seasonality of the Kawasaki disease epidemic disappeared in South Korea. It is usually most prevalent in the winter, with a second peak in late spring-summer.”

American Heart Association volunteer expert Jane W. Newburger, M.D., M.P.H., FAHA, notes the research findings are consistent with the hypothesis that Kawasaki disease is an immunologic reaction elicited in genetically susceptible people when exposed to viruses or other infectious agents in the environment. Newburger is a member of the American Heart Association’s Young Hearts Council, associate cardiologist-in-chief, academic affairs; medical director of the neurodevelopmental program; and director of the Kawasaki Program at Boston Children’s Hospital; and Commonwealth Professor of Pediatrics at Harvard Medical School.

“During the COVID pandemic, children were exposed to fewer viruses and other infectious agents. So the ‘natural experiment’ that occurred from isolation and masking of children

supports the likelihood that Kawasaki disease is triggered by viruses or other infectious agents in the environment,” Newburger said. “However, these dramatic changes in lifestyle would be difficult to sustain if the sole purpose was to prevent Kawasaki disease. Kawasaki disease is a very rare illness in children and does not represent a public health emergency like COVID.”

Newburger also noted that many Kawasaki disease experts in the U.S. also have noticed fewer cases in their centers during the pandemic.

This study has some limitations: cases of Kawasaki disease among patients who did not submit insurance claims are not included in the national insurance database; and the study was observational and could not control for other factors such as whether or not patients sought and received health care including screening and treatment for Kawasaki disease.

It is also important to note that Kawasaki disease is not the same as multi-system inflammatory syndrome in children (MIS-C), the new condition identified this past year during the COVID-19 pandemic. While the two conditions have some overlapping symptoms, they also have some distinct differences including more profound inflammation and more gastrointestinal symptoms with MIS-C, and MIS-C is associated with COVID-19 infection.