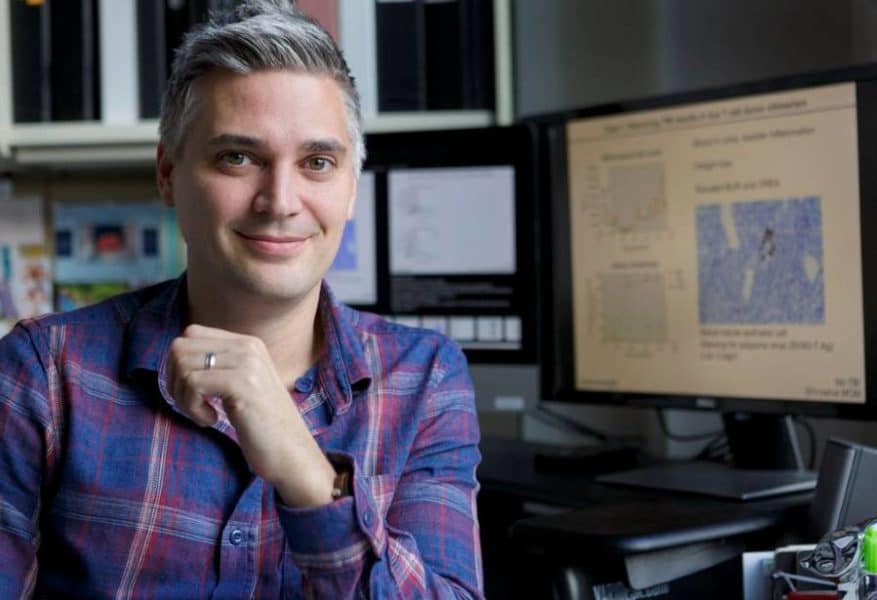 An experimental, lab-made antibody can completely prevent nonhuman primates from being infected with the monkey form of HIV, new research published in Nature Communications shows.

The results will inform a future human clinical trial evaluating leronlimab as a potential pre-exposure prophylaxis, or PrEP, therapy to prevent human infection from the virus that causes AIDS.

“The results of this pre-clinical study, targeting the HIV co-receptor CCR5, have the potential to be groundbreaking as we essentially have a tool that can mimic the genetic mutations of CCR5 that render some individuals immune to infection and have led in part to two cases of a cure of HIV,” said the other co-corresponding author, Lishomwa Ndhlovu, M.D., Ph.D., a professor of immunology in medicine at Weill Cornell Medicine in New York.

Made by Vancouver, Washington-based CytoDyn, the monoclonal antibody blocks HIV from entering immune cells through a surface protein called CCR5. The injectable drug has already been studied in a Phase 3 trial as a potential treatment for people living with HIV when used in combination with standard antiretroviral medications. CytoDyn is in the process of submitting information to the FDA to request its approval for that use. This study, however, specifically examined preventing HIV infection to begin with.

Some PrEP drugs are already available, but they can lead to adverse side effects such as liver, heart and bone problems, and some people are resistant to them due to genetic mutations in HIV. Existing PrEP options typically require frequent use, such as a pill daily, or are infusions that must be given in a clinic. Leronlimab is designed to be a self-administered injection.

Macaques that received the higher dose of 50 milligrams per kilogram of the animal’s weight every other week were completely protected from the monkey form of HIV. In contrast, two of the animals that received the lower dose of 10 milligrams per kilogram per week became infected, and every animal in the control group became infected. Researchers concluded the low-dose group’s partial protection was likely due to monkey immune responses against the human antibody.

Following this study’s results, CytoDyn is planning to conduct an early clinical trial investigating leronlimab as a potential PrEP drug in people within the next year. Human doses would likely be lower than those given in this study, as rhesus macaque cells have more surface CCR5 protein than humans.

In the meanwhile, Sacha is already trying to make leronlimab easier to use. He received a five-year, $3-million NIH grant in August 2020 to develop a concentrated, longer-lasting formulation of leronlimab that could allow it to be injected every three months. Less-frequent injections can increase drug regimen adherence, and therefore improve drug effectiveness.

The research team dedicated this study to Timothy Ray Brown, who died Sept. 29, 2020, and was known as the Berlin patient for being the first person to be cured of HIV. While living in Berlin in 2007, Brown underwent a bone morrow transplant to treat his blood cancer. The procedure eliminated HIV in Brown because the transplanted bone marrow came from a donor who had a rare mutation that eliminated the CCR5 gene, which makes the surface protein through which HIV enters cells. Sacha became friends with Brown after meeting him at an AIDS conference in 2015. Brown is also a co-author on the paper, and inspired scientists working on this research.