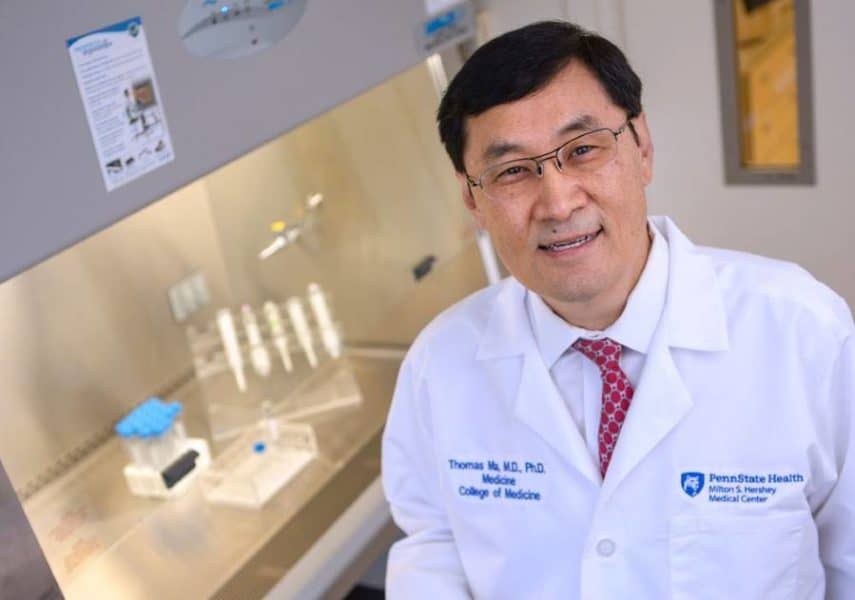 A study by Penn State College of Medicine researchers suggests that a type of probiotic found in various brands of yogurt may help with treating certain intestinal inflammation disorders.

Dr. Thomas Ma, professor and chair of the Department of Medicine at the College of Medicine and Penn State Health Milton S. Hershey Medical Center, led a team that examined more than 20 probiotic bacteria to determine their ability to increase intestinal barrier function. Intestinal barriers protect against harmful biological agents that cause diseases like inflammatory bowel disease (IBD).

“Our data indicate that LA1 is able to prevent colonic inflammation formation and promote colitis healing,” Ma said. “The implications of these findings are that this bacterial strain could be used in a wide variety of intestinal permeability disorders, including IBD [inflammatory bowel disease], celiac disease, alcoholic liver disease, non-alcoholic fatty liver disease and necrotizing enterocolitis, to treat inflammation associated with leaky gut.”

Ma is in the process of getting approval from the U.S. Food and Drug Administration to conduct a clinical trial.

Rana Al-Sadi, Prashant Nighot, Meghali Nighot and Mohammad Haque of Penn State College of Medicine and Manmeet Rawat of the University of New Mexico School of Medicine also contributed to this research.

This research was supported by the National Institute of Diabetes and Digestive and Kidney Diseases and the Crohn’s and Colitis Foundation of America. The researchers declare no conflicts of interest.

Read the full manuscript in the Journal of American Pathology.

Read the full press release from the Journal of American Pathology.