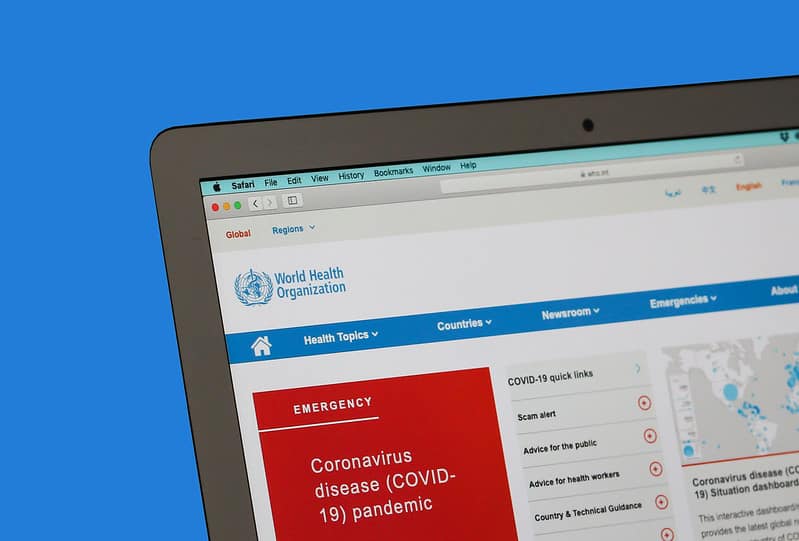 Interactive media tools -- such as popularity indicators and commenting tools -- might lower reactance to online health messages and promote acceptance of advice offered by the messages. IMAGE: JERNEJ FURMAN/FLICKR

People often react negatively to health messages because they tend to dictate what we can and cannot do, but new research reveals that interactive media can soften negative reactions — or reactance — to health messages that are distributed online.

In a study, Penn State and Stony Brook University researchers found that website indicators that offer cues about the popularity of content — or bandwagon cues — and tools that let users comment on content, lowered reactance to health messages and increased the chances that people would accept the health advice offered in the message.

According to the researchers, interactive media tools could open up new ways to help health communicators craft messages that can persuade people while avoiding reactance.

“If you do a good job designing the interface in a way that displays the popularity of a health message among other viewers, that may lower the psychological reactance among your target audience,” said S. Shyam Sundar, James P. Jimirro Professor of Media Effects in the Donald P. Bellisario College of Communications and co-director of the Media Effects Research Laboratory. “When they have lower psychological reactance, usually, that means they are more likely to accept your message. This offers a very powerful way of achieving better communication and persuading people to adopt better health practices without altering the message at all.”

Reactance is often felt when a person’s freedom is threatened, according to Ruobing Li, assistant professor of communications and journalism, Stony Brook University, who is the first author of the study.

“As human beings, we love freedom of action, we love to choose what to do and how to do it,” said Li. “But whenever freedom of action is limited, or threatened by somebody else, we get into a motivational state called psychological reactance. This state will motivate us to stop that from happening, stop our freedom from being threatened and will also motivate us to restore the lost freedom.”

Reactance is shown in the form of anger and tendency to argue against the message, said Li.

“When message recipients experience that reactance, they may generate a negative attitude toward health messages and may have low intention to follow the health recommendations, so this is something that we, as health communicators, definitely want to avoid,” said Li.

As expected, the researchers found that the former message posed a bigger threat to their freedom, but when the messages were accompanied by a large number of likes by other users, study participants did not find the high-threat message to be any more threatening than the low-threat message.

The researchers also found that giving users the ability to comment gave them a strong sense of agency, which is the feeling that people experience when they believe they can make their own choices. This, then, predicted their intention to follow the recommendations offered in the health message.

Bandwagon cues and commenting tools are ubiquitous in online interactive media, added Sundar, who is also an affiliate of Penn State’s Institute for Computational and Data Sciences (ICDS).

“Increasingly, a lot of interactive media offer us ready tools on the interface that let us show our appreciation for content, such as hitting the ‘like’ button,” said Sundar. “Meanwhile, under the hood, interactive media compile the number of people who react positively and display that information in the form of metrics, such as number of likes.”

Most health communicators focus on crafting messages to avoid reactance, but interactive media design offer them alternative ways to boost persuasiveness and increase the chances that people adopt health behaviors, according to Li.

“Many scholars have been trying different approaches and looking at different solutions to solve the problem of reactance,” said Li. “One way to solve this problem, of course, is to reduce the threat level of the message, for example, make the message less threatening, or alternatively, we can try to offer our recipients more choices in the message. What we are suggesting is that we may be able to better use the tools of interactive media, not just messaging.”

The researchers recruited 261 participants for the study. The participants were randomly assigned to eight different versions — or conditions — of a website to test the bandwagon cue, commenting and message threat level. The websites were designed to look identical.

In addition, half the participants were provided an option to comment on the video while the other half were not. After they visited the website, all participants were asked to fill out an online questionnaire.

According to the researchers, future research should continue to investigate the connection between commenting features and health intentions. They added that by further investigating tools used in interactive media, and better understanding the role of agency they provide, researchers might be able to better use these media for health promotion.