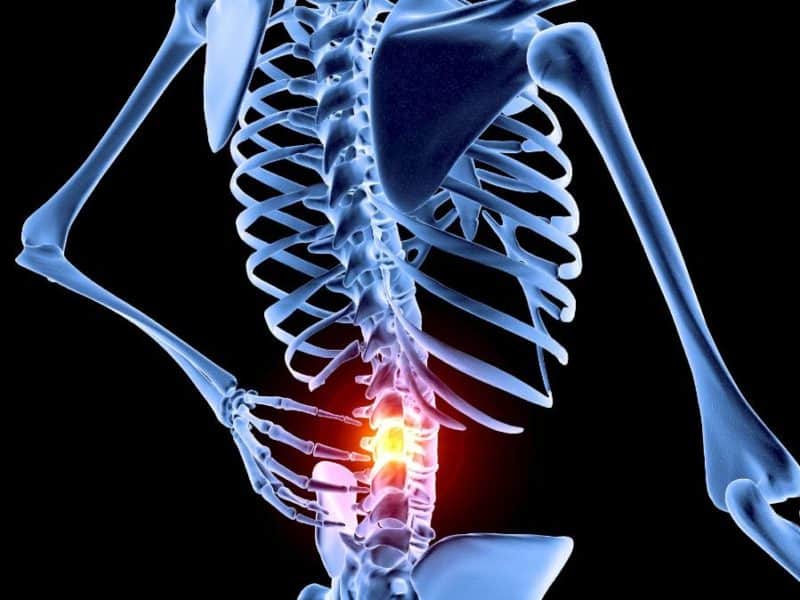 Exoskeletons designed to reduce lower back pain may compete with mental resources at work, canceling out the benefits of wearing them, a new study indicates.

Exoskeletons – wearable devices used by workers on assembly lines or in warehouses to alleviate stress on their lower backs – may compete with valuable resources in the brain while people work, canceling out the physical benefits of wearing them, a new study suggests.

The study, published recently in the journal Applied Ergonomics, found that when people wore exoskeletons while performing tasks that required them to think about their actions, their brains worked overtime and their bodies competed with the exoskeletons rather than working in harmony with them. The study indicates that exoskeletons may place enough burden on the brain that potential benefits to the body are negated.

“The exoskeleton is trying to anticipate your moves, but it’s not going well, so you fight with the exoskeleton, and that causes this change in your brain which changes the muscle recruitment – and could cause higher forces on your lower back, potentially leading to pain and possible injuries.”

For the study, researchers asked 12 people – six men and six women – to repeatedly lift a medicine ball in two 30-minutes sessions. For one of the sessions, the participants wore an exoskeleton. For the other, they did not.

The exoskeleton, which is attached to the user’s chest and legs, is designed to help control posture and motion during lifting to protect the lower back and reduce the possibility of injury.

Then, in separate sessions, they asked those same participants to perform that same task – lifting a medicine ball for 30 minutes, in one session wearing an exoskeleton – but added a mental task: They had the participants subtract 13 from a random number between 500 and 1,000 each time they lifted the ball.

Although exoskeleton users on an assembly line may not have to do math in their heads, any kind of mental strain such as psychological stress or instructions they must follow could have the same effect, Marras said.

“When we looked at what was happening in the brain, there was more competition for those resources in the brain,” Marras said. “The person was doing that mental math, but the brain was also trying to figure out how to help the body interact with the exoskeleton, and that confused the way the brain recruited the muscles to perform the task.”

When those muscles compete with one another, the brain worked less efficiently and forces on the back increased, the researchers found.

“If you are a business spending hundreds or thousands of dollars per exoskeleton, there is a very good chance that the exoskeleton isn’t doing any good for your employees,” Marras said.

“All exoskeletons aren’t bad, but people are messy, and everyone is different: You’ve got to use exoskeletons with some intelligence and some understanding of what the job entails.”

This study was conducted at Ohio State’s Spine Research Institute, in partnership with researchers from Texas A&M University. Co-authors on the study include Eric B. Weston from Ohio State, and Yibo Zhu and Ranjana K. Mehta from Texas A&M.