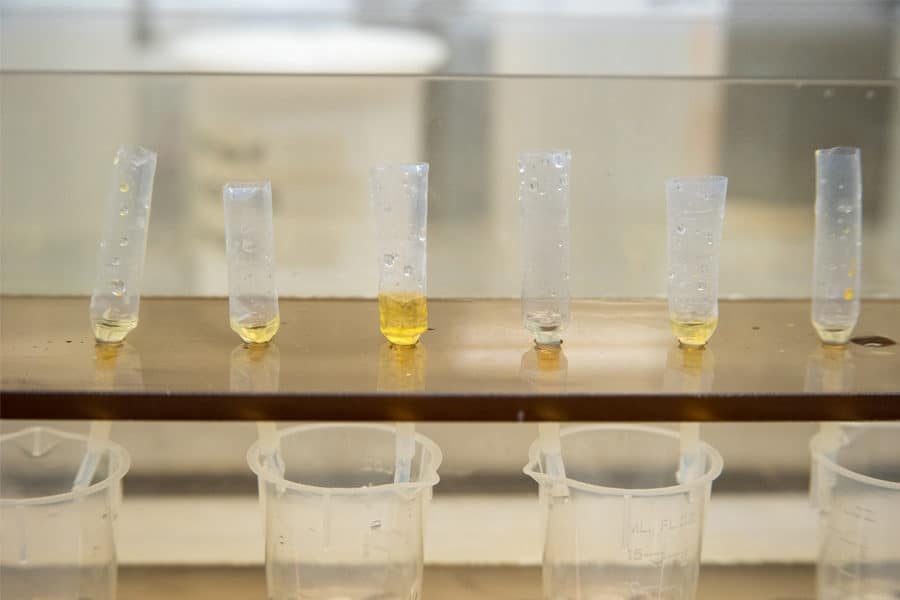 Two hundred fifty-two million years ago, much of life on planet Earth was dying.

In an event that marked the end of the Permian period, more than 96 percent of the planet’s marine species and 70 percent of its terrestrial life suddenly went extinct. It was the largest extinction in Earth’s history.

Now Florida State University researchers have found that the extinction coincided with a sudden spike and subsequent drop in the ocean’s oxygen content. Their findings were published in Nature Geoscience.

“There’s previous work that’s been done that shows the environment becoming less oxygenated leading into the extinction event, but it has been hypothesized as a gradual change,” said lead author and FSU graduate research assistant Sean Newby. “We were surprised to see this really rapid oxygenation event coinciding with the start of the extinction and then a return to reducing conditions.”

Scientists have previously seen a gradual decrease in oxygen during this extinction, but the rapid oxygen increase at the beginning of the extinction was a new finding. The researchers think the oxygenation occurred over a few tens of thousands of years, a very brief period on the scale of the millions of years of the Earth’s geological history.

“For the geological record, that’s practically instantaneous,” Newby said. “And then you can of course compare that to modern, human-induced climate change, where we’re having huge, rapid changes on fractions of the time compared to this mass extinction.”

The exact cause of this spike in ocean oxygenation is unknown, but the researchers hypothesized that the continual eruption of at least several hundred thousand years of a massive volcanic region led to a brief cooling and the sudden marine oxygenation spike and subsequent crash.

Although ancient marine oxygen levels were on a downward trend ahead of the spike and remained low afterward, it’s the geologically rapid shift back and forth and long-term oxygen deficiency that seemed to be more detrimental to life than the gradual decrease. The carbon dioxide released during that volcanic eruption caused the Earth’s atmosphere to warm, which lowered oxygen in the oceans and caused the oceans to become relatively inhospitable for millions of years.

It is impossible to directly measure ancient marine or atmospheric oxygen levels, so the research team instead measured thallium isotopes, which indirectly provided information to understand the marine oxygen levels of the past.

The researchers plan to study other ancient extinctions to see if similar dramatic swings in oxygen coincided with any of those mass extinctions, which could have modern-day implications as climate change and increased nutrient discharge decrease the amount of oxygen in our present-day ocean.

“It’s not just the loss of oxygen in the modern ocean,” said Jeremy Owens, an associate professor in the Department of Earth, Ocean and Atmospheric Science and paper-co-author. “The loss of oxygen is important because the organisms living now are adapted for high oxygen, but if you have low oxygen there’s also many organisms that may be able to adapt. Any rapid fluctuation in either direction will have an impact.”

Researchers from Florida State University, Western Carolina University and the University of Cincinnati contributed to this work.

This research was directly supported by the FSU EOAS Winchester Fund for graduate students, with additional support for the research group from the NASA exobiology program and Sloan Research Foundation.