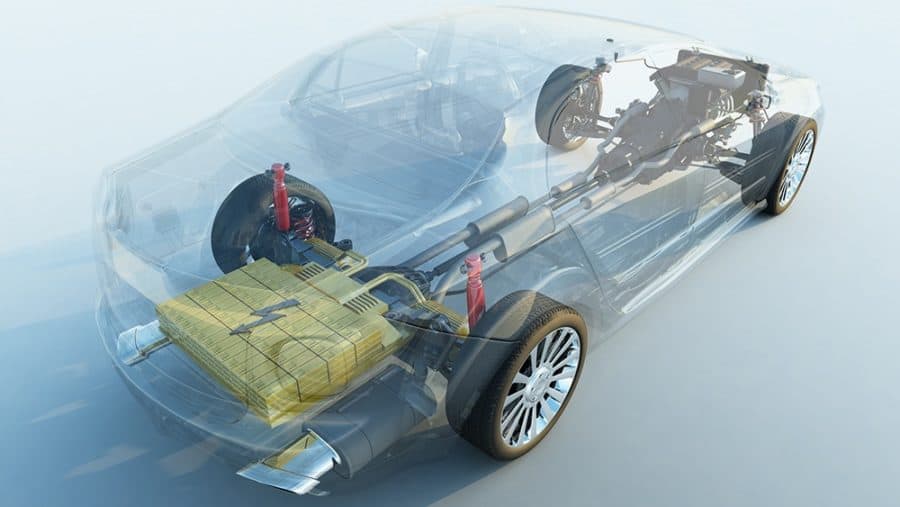 The startup Flexodes, which focuses on lithium battery-based technology, is a commercial venture that was made possible by the support from the Texas A&M Engineering Experiment Station Office of Commercialization and Entrepreneurship.

Recognizing the merit of commercializing the innovation in high-performance lithium batteries, the startup has received a highly competitive Small Business Innovation Research grant from the Air Force.

“In the short term, our focus is on refining and improving the technology for use in mobile devices in the private and defense sectors while we continue down our path to being a premier technology for electric vehicles and other markets,” Vasudevan said. “Having said that, Flexodes is entirely focused on furthering battery technology beyond lithium-ion to the next generation.”

The basis of the commercial venture is research from Yu’s laboratory on lithium-sulfur batteries. In particular, Yu’s team has patented the design of a 3D trench-wall carbon nanotube framework for the battery’s electrodes. These high-performing electrodes dramatically increase the battery’s ability to store charge.

The electrodes also discharge easily, generating large quantities of current to power up devices rapidly. The experts added that batteries built with their technology are more resistant to the formation of finger-like deposits called dendrites that cause most commercially available lithium-based batteries to overheat and rupture.

To bring the commercial enterprise into vision, Yu and Vasudevan credit the guidance from the Office of Commercialization and Entrepreneurship’s venture creation team, which provides researchers relevant training on turning research discoveries into businesses and products through start-up formation and strategies to advance the commercialization. The office also connects researchers to private sector entities to facilitate licensing and investment opportunities.

“The true impact of the technology is only realized when it reaches the commercialization partner who is able to sell the product globally to the end customer,” said Saurabh Biswas, executive director for commercialization and entrepreneurship at TEES. “Our office provides support during the early stages of research and development to enable continued product development and commercialization.”

He added that the commercialization and entrepreneurship office supports all innovators across Texas A&M Engineering through its three groups: licensing and intellectual property management, venture creation and innovation programs, and strategic projects.  The commercialization and entrepreneurship team also provides support across the total lifecycle of the innovation from its inception to intellectual property filing, prosecution process, licensing, venture creation and finally working with external partners to enable commercialization of the technology.