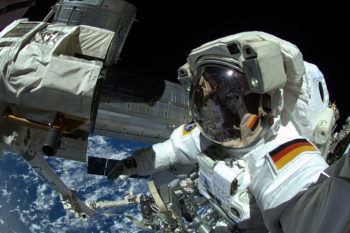 Altered gravity has several physiological effects on the human body. For example, bodily fluids shift toward the head, decreasing circulating blood volume and causing cardiac atrophy, among other complications.

In a new study, Texas A&M University researchers have used a simulation-based approach to accurately predict the effects of altered gravity on an individual-by-individual basis.

Their approach precludes the need for simultaneously testing hundreds of parameters for estimating the cardiovascular state of an individual; rather, it focuses on a handful of significant factors, increasing accuracy and saving time. The researchers have reported the results of their study in The Journal of Applied Physiology, which was originally published online in April 2021 ahead of final publication in print in June 2021.

“Understanding human physiological responses in altered gravity environments becomes absolutely necessary if we want to push toward new frontiers in space travel,” said Ana Diaz-Artiles, assistant professor in the Department of Aerospace Engineering. “But no two people are alike, and we need to develop tools to individualize physiological predictions quickly and precisely. Our study addresses that gap.”

Over the millions of years of life on our planet, gravity has been a silent but key influence on the physiological processes of all living things. In altered gravity, there is a consequent toll on their physiology. For example, studies have shown that weightlessness makes watering plants difficult, causing waterlogging and preventing growth. In humans, microgravity can also have adverse effects. For example, altered gravity causes bodily fluids to shift toward the head, decreasing circulating blood volume and causing cardiac atrophy, among other complications.

Detailed investigations of cardiovascular behavior in microgravity have relied on ground-based experiments with human subjects by fastening them onto contraptions that mimic the experience of altered gravity. However, this approach is time-consuming and typically requires an incredibly large pool of subjects. The researchers said an alternate approach is using computer simulations of the cardiovascular system to predict the physiological effects of altered-gravity environments.

However, these simulations also have their limitations, requiring hundreds of parameters for their prediction ranging from the elasticity of the arteries, veins and chambers of the heart to the various resistances to blood flow in different parts of the body. Also, there is a large variation in these parameters between different individuals, making it harder to individualize the computer model to predict specific responses for each person.

To overcome these obstacles, Richard Whittle, doctoral student in Diaz-Artiles’ laboratory, performed a mathematical technique called sensitivity analysis to sift out the parameters that the computational model was most responsive to. With the systematic and comprehensive sensitivity analysis, the researchers found which parameters were most critical to predicting the short-term cardiovascular responses to various levels of altered gravity.

Their analysis revealed that parameters related to the pressure of the large veins and the right heart that pumps blood to the lungs were the most dominant. This came as a surprise since the left heart is the one that actually pumps blood to the aorta and the rest of the body, and therefore was originally expected to have a greater influence on model outcomes.

“Turns out that the left heart is overdesigned, it’s pretty good at operating at a large range of physical exertions and it adapts well to greater demand for oxygenated blood if needed,” Whittle said. “Whereas the right heart is a systemic bottleneck, so any kind of weakness in that bottleneck can propagate through the system.”

The researchers noted that the analysis does not suggest that the other parameters are not important, but an accurate estimation of significant parameters is critical to provide accurate predictions of individual responses. In addition, researchers found that the subset of parameters with the most influence in model outcomes remains similar across different gravity levels.

“We have taken the next step in personalizing the prediction of cardiovascular responses in different altered gravity environments,” Diaz-Artiles said. “Although our study has been focused on investigating the short-term adaptation of the cardiovascular system to altered-gravity environments, we plan to extend our analysis to include long-term changes that occur in altered gravity conditions on an individual basis.”

The research work was supported by the NASA Human Research Program.