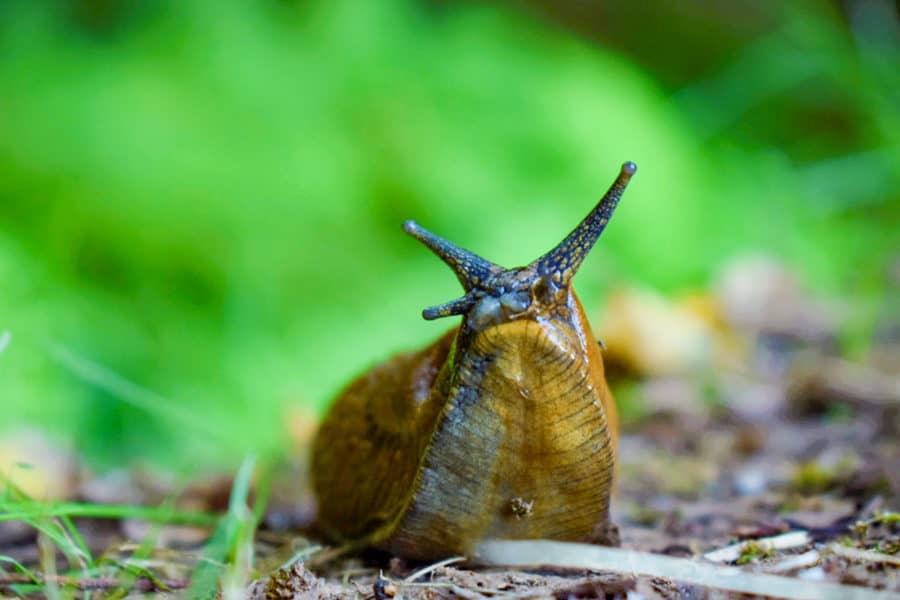 The mucus layer on the underside of a snail foot is one example of a soft material that yields to stress up to a certain point, then flows. This behavior, simplified in a new study from researchers at the University of Illinois Urbana-Champaign, is what helps the snail move without unwieldy sliding, similar to that of many other natural and synthetic materials, from mud to the additives that make toothpaste flow when squeezed. Photo courtesy Rodrigo Quarteu

Years of meticulous experimentation have paid off for researchers aiming to unify the physics that defines materials that transition from solids to liquids. The researchers said a new theoretical model could help develop new synthetic materials and inform and predict civil engineering and environmental challenges such as mudslides, dam breaks and avalanches.

The study, led by University of Illinois Urbana-Champaign chemical and biomolecular engineering professor Simon Rogers, unveils a unified mathematical expression that defines how soft-yet-rigid materials transition from a solid into a liquid flow when they exceed their specific stress threshold. The findings are published in the journal Physical Review Letters.

“The behavior of yield-stress fluids has traditionally been defined by trying to combine the physics of two different types of materials: solids and liquids,” said lead author Krutarth Kamani, a chemical and biomolecular engineering graduate student at Illinois. “But now, we have shown that these physical states – solid and liquid – can exist together in the same material, and we can explain it using one mathematical expression.”

To develop this model, the team performed numerous studies that subjected a variety of different soft materials to stress while measuring the individual solidlike and liquidlike strain responses using a device called a rheometer.

“We were able to observe a material’s behavior and see a continuous transition between the solid and liquid states,” said Rogers, who is also an affiliate at the Beckman Institute for Advanced Science and Technology at the U. of I. “The traditional models all describe an abrupt change in behavior from solid to liquid, but we were able to resolve two distinct behaviors that reflect energy dissipation via solid and fluid mechanisms.”

The study reports that this development gives researchers a simple model to work with, making it easier to make large-scale calculations like those needed to model and predict catastrophic events like mudslides and avalanches.

“The existing models are computationally expensive, and researchers need to struggle with the numbers to get the calculations to be as accurate as possible,” Rogers said. “Our model is simple and more accurate, and we have shown that through many proof-of-concept experiments.”

The researchers said complex yield-stress studies of fluids are a hot topic for those investigating geophysical flows, waste remediation and industrial processes like new materials development, 3D printing and the minimization of waste transport costs. “Our model defines a basic example of solid-to-liquid behavior, but I think it will serve as a jumping-off point for researchers to make significant progress in defining the more complex yield-stress fluid phenomena.”

The National Science Foundation, the U.S. Department of Energy and Sandia National Laboratories supported this research.

The paper “Unification of the rheological physics of yield stress fluids” is available online and from the U. of I. News Bureau. DOI: 10.1103/PhysRevLett.126.218002