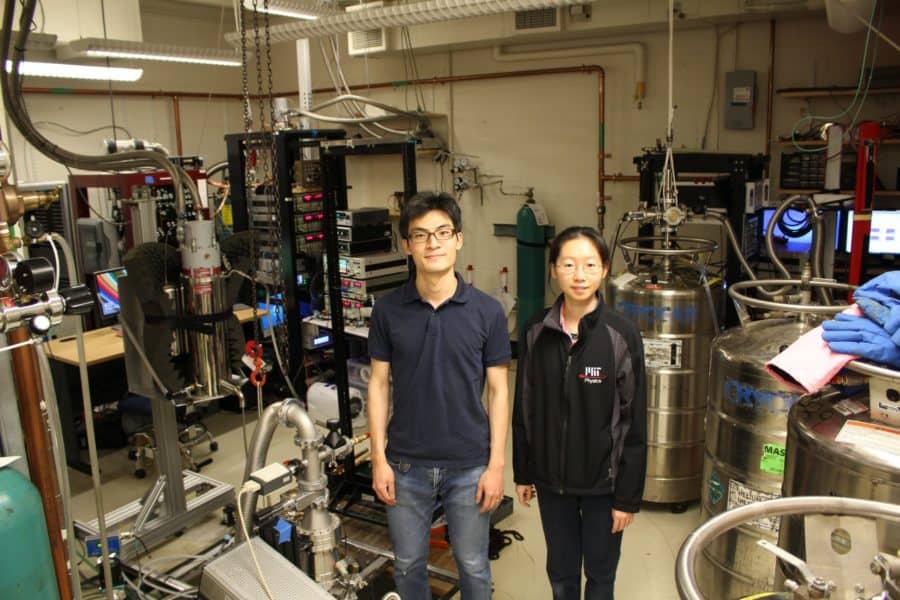 Ultrathin materials made of a single layer of atoms have riveted scientists’ attention since the isolation of the first such material — graphene — about 17 years ago. Among other advances since then, researchers including those from a pioneering lab at MIT have found that stacking individual sheets of the 2D materials, and sometimes twisting them at a slight angle to each other, can give them new properties, from superconductivity to magnetism.

Now MIT physicists from that lab and colleagues have done just that with boron nitride, known as “white graphene,” in part because it has an atomic structure similar to its famous cousin. The team has shown that when two single sheets of boron nitride are stacked parallel to each other, the material becomes ferroelectric, in which positive and negative charges in the material spontaneously head to different sides, or poles. Upon the application of an external electric field, those charges switch sides, reversing the polarization. Importantly, all of this happens at room temperature.

The new material, which works via a mechanism that is completely different from existing ferroelectric materials, could have many applications.

“Wide varieties of physical properties have already been discovered in various 2D materials. Now we can easily stack the ferroelectric boron nitride with other families of materials to generate emergent properties and novel functionalities,” says Pablo Jarillo-Herrero, the Cecil and Ida Green Professor of Physics and leader of the work, which was reported this summer in the journal Science. Jarillo-Herrero is also affiliated with MIT’s Materials Research Laboratory.

In addition to Jarillo-Herrero, coauthors of the paper are Kenji Yasuda, an MIT postdoc; Xirui Wang, an MIT graduate student in physics; and Kenji Watanabe and Takashi Taniguchi of the National Institute for Materials Science in Japan.

Among the potential applications of the new ultrathin ferroelectric material, “one exciting possibility is to use it for denser memory storage,” says Yasuda, lead author of the Science paper. That’s because switching the polarization of the material could be used to encode ones and zeros — digital information — and that information will be stable over time. It won’t change unless an electric field is applied. In the Science paper the team reports a proof-of-principle experiment showing this stability.

Because the new material is only billionths of a meter thick — it’s one of the thinnest ferroelectrics ever made — it could also allow much denser computer memory storage.

The team further found that twisting the parallel sheets of boron nitride at a slight angle to each other resulted in yet another “completely new type of ferroelectric state,” Yasuda says. This general approach, known as twistronics, was pioneered by the Jarillo-Herrero group, which used it to achieve unconventional superconductivity in graphene.

Says Yasuda, “The out-of-plane ferroelectric switching occurs through the in-plane sliding motion between two boron nitride sheets. This unique coupling between vertical polarization and horizontal motion is enabled by the lateral rigidity of boron nitride.”

The Jarillo-Herrero lab is a pioneer at manipulating and exploring ultrathin, two-dimensional materials like graphene. Nevertheless, the conversion of ultrathin boron nitride to a ferroelectric was unexpected.

Says Xirui Wang: “I still remember when we were doing the measurements and we saw an unusual jump in the data. We decided that we should run the experiment again, and when we did it again and again we confirmed that there was something new happening.”

This work was funded by the U.S. Department of Energy Office of Science; the Army Research Office; the Gordon and Betty Moore Foundation; the U.S. National Science Foundation; the Ministry of Education, Culture, Sports, Science and Technology (MEXT) of Japan; and the Japan Society for the Promotion of Science.