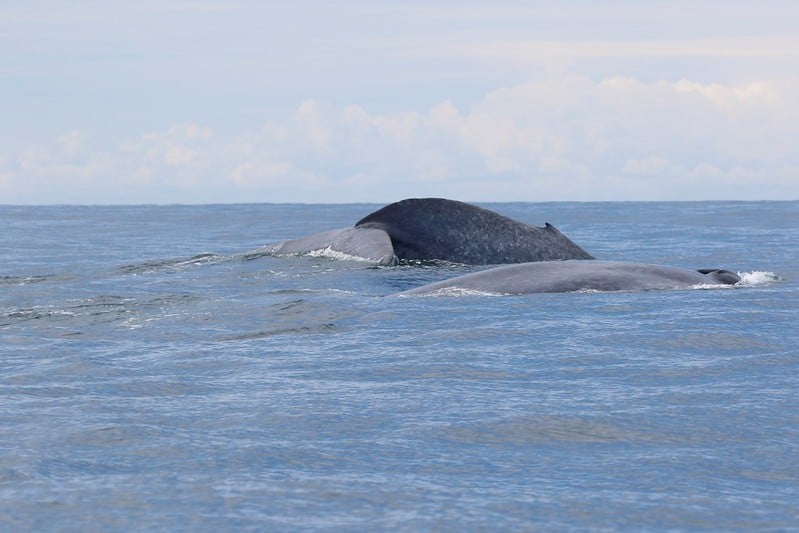 Researchers at Oregon State University have developed a method for forecasting the locations where a distinct population of New Zealand blue whales are most likely to occur up to three weeks in advance.

This ability to forecast is a significant advance in conservation management for a species whose habitat overlaps with a wide range of commercial activities, including oil and gas exploration and extraction, vessel traffic, fisheries and possible seabed mining.

“These forecasts will give managers a really good ability to predict where whales are likely to be and then make decisions about what activities should or shouldn’t happen in those areas,” said study co-author Leigh Torres, an associate professor and director of the Geospatial Ecology of Marine Megafauna Laboratory at OSU’s Marine Mammal Institute. “Managers can make proactive, rather than reactive, decisions, which lessens the burden on policymakers and commercial users.”

The study’s lead author is Dawn Barlow, a doctoral candidate in Torres’ lab. The findings were published today in the Journal of Applied Ecology. The research was supported in part by the New Zealand Department of Conservation.

New Zealand blue whales, recently documented by Torres, Barlow and colleagues, are genetically distinct from other blue whale populations and occur year-round in the South Taranaki Bight between New Zealand’s North and South Islands. There are about 700 whales in the population and the South Taranaki Bight is their only documented foraging ground.

“Because the blue whales’ foraging ground overlaps with industry in this area, there was a clear need from environmental regulators for some kind of management,” Torres said. “But the whales aren’t always in the same places as commercial activities or at the same time. The more we can understand about how the whales distribute themselves, the more we can inform management about where and when blue whale habitat is occurring.”

Initially, there was talk of a establishing a marine protected area – essentially, an area on a map that denotes where certain activities are allowed or excluded – in an effort to protect animals within the boundary, Torres said.

This type of marine protected areas is considered a static management technique. But for animals such as whales that are mobile and spend time in many different places, static management may not be as effective. An alternative strategy is dynamic management, meaning management that is responsive to changing conditions and locations of animals.

“One of the big appeals of dynamic management is that it has the potential to really minimize the burden on other ocean users, compared to a static boundary,” Barlow said. “Sometimes whale habitat will overlap with human uses and sometimes it won’t. When it won’t, the other ocean users shouldn’t have to pay a price for that.”

Previous work by Barlow and Torres identified certain ocean patterns that informed where New Zealand blue whales and the krill they eat are likely to be. Their latest research builds on those findings.

They amassed 10 years of data over a broad range of weather and ocean conditions, including upwelling dynamics and marine heat waves that can influence availability of krill, particularly in the spring and summer months when blue whales are most likely to be feeding in the region.

From that data, the researchers developed a forecasting model that indicates where conditions will be good for blue whales to forage up to three weeks in advance.

“These forecasts are possible because of the knowledge we’ve gained about this population and their ecology in this region over our years of studying these whales,” Barlow said. “We know the whales rely on this area for food, and we know what environmental conditions lead to good foraging conditions. Wind conditions drive the ocean conditions, which drives where the prey is.”

One key to developing a model that can make reliable forecasts is understanding the lag time between changes in ocean dynamics and the impact that has on foraging conditions for the whales, she said. A previous step to making these forecast models was quantifying the lag times.

The researchers are now in the process of developing a desktop application for the forecasting model that can be easily used by conservation managers. The application will allow managers to run the model and produce a map indicating likelihood of whale presence, depending on the date and other parameters they choose.

“The forecasts are very good at predicting where a suitable whale habitat will be. It does not necessarily mean you will find a whale there, since they are inherently in low abundance – some good habitat will always be unoccupied,” Torres said. “But it is a super exciting tool that can allow managers and industry to plan ahead, allowing both effective protection for the whales and reduction of burden on other ocean users. It’s a concept that can be built upon and applied in other regions, too.”