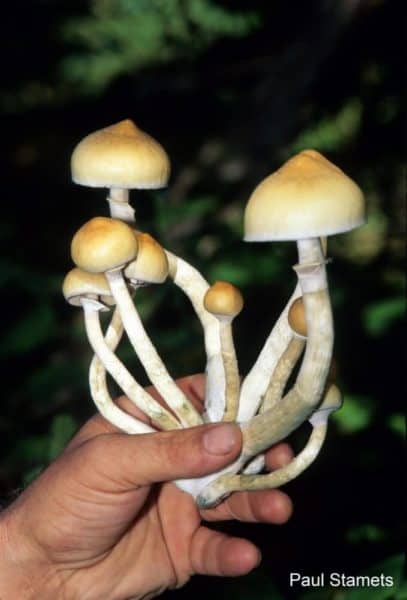 Scientists have found that the psychedelic drug psilocybin, in development as an anti-depressive treatment, changes the emotional state of people listening to music. Psilocybin is the active psychedelic ingredient in ‘magic mushrooms’. Clinical trials of psilocybin generally use selected music playlists to support the drug-induced psychedelic experience, and this work shows that enhanced emotional processing may be a positive outcome of combining psilocybin with music, suggesting that music should be an active component of psilocybin therapy.   This work is presented at the ECNP Congress in Lisbon.

There has been considerable interest in the use of psychedelics in the treatment of hard-to-treat depression and other mental health conditions. Psilocybin, found naturally in several species of mushrooms, is the psychedelic most suitable for clinical development, in part because the psilocybin ‘trip’ can be contained within a working day, which is important for a supervised clinical treatment.  In the treatment of depression, psilocybin is normally administered with psychological support, and with accompanying music. Previous studies have shown that the psychedelic LSD interacts with music*, and of course in the 1960’s psychedelics were intimately related to the experience of music for many. Now for the first time a group of Danish scientists have shown that psilocybin affects the way that music elicits emotions.

In the study, 20 healthy participants (50% women) were tested on their emotional response to music before and after given psilocybin; 14 of these participants were also tested after being given ketanserin (ketanserin is an anti-hypertension drug, commonly used to as a comparison in psychedelic experiments). Whether ketanserin or psilocybin was given first was randomly selected and each person was thus able to report on the changes effected by both psilocybin and ketanserin. At the peak of drug effects participants listened to a short music programme and rated their emotional response.

The emotional response to the music was rated according to the Geneva Emotional Music Scale.  The music used was a short programme comprising Elgar’s Enigma Variations no 8 and 9, and Mozart’s Laudate Dominum, together lasting around 10 minutes.

Our next step is to look at the effect of music on the brain while under the influence of psilocybin in data material we have already collected, using an MRI”.

“Interestingly, some of the music we used, Elgar famous ‘Nimrod’ variation (the 9th variation) describes his close friend Augustus Jaeger. Jaeger encouraged Elgar to write the variations as a way out of depression, so we’re pleased to see it used again to help understand more about mental health”.

“This is further evidence of the potential of using music to facilitate treatment efficacy with psychedelics. What we need to do now is optimise this approach probably through individualising and personalising music tracks in therapy”.

This is an independent comment; Professor Nutt was not involved in this work

There is evidence that Magic mushrooms have been taken by humans for over 6000 years. Psilocybin was first isolated and synthesised in 1958, by the Swiss Chemist Albert Hoffman, the same man who first synthesised LSD. There was extensive early research into medical uses of psychedelics, but this became difficult after the US introduced a ban on their use in 1970. https://www.scientificamerican.com/article/end-the-ban-on-psychoactive-drug-research/ for background.