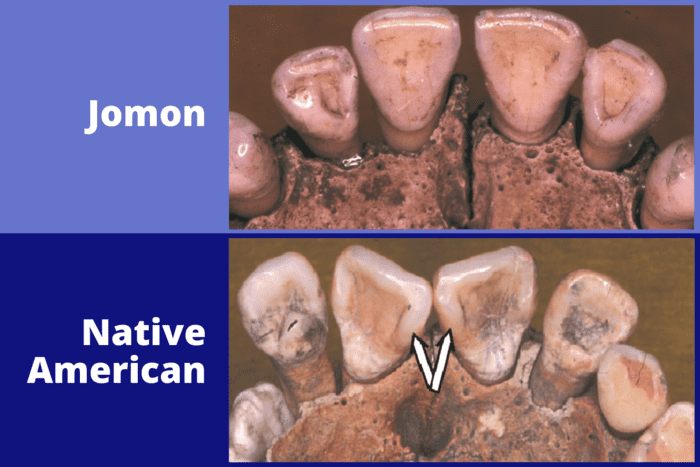 A widely accepted theory of Native American origins coming from Japan has been attacked in a new scientific study, which shows that the genetics and skeletal biology “simply does not match-up”.

The findings, published today in the peer-reviewed journal PaleoAmerica, are likely to have a major impact on how we understand Indigenous Americans’ arrival to the Western Hemisphere.

Based on similarities in stone artifacts, many archaeologists currently believe that Indigenous Americans, or ‘First Peoples’, migrated to the Americas from Japan about 15,000 years ago.

It is thought they moved along the northern rim of the Pacific Ocean, which included the Bering Land Bridge, until they reached the northwest coast of North America.

From there the First Peoples fanned out across the interior parts of the continent and farther south, reaching the southern tip of South America within less than two thousand years.

The theory is based, in part, on similarities in stone tools made by the ‘Jomon’ people (an early inhabitant of Japan, 15,000 years ago), and those found in some of the earliest known archaeological sites inhabited by ancient First Peoples.

But this new study, out today in PaleoAmerica – the flagship journal of the Center for the Study of the First Americans at Texas A&M University – suggests otherwise.

Carried out by one of the world’s foremost experts in the study of human teeth and a team of Ice-Age human genetics experts, the paper analysed the biology and genetic coding of teeth samples from multiple continents and looked directly at the Jomon people.

“We found that the human biology simply doesn’t match up with the archaeological theory,” states lead author Professor Richard Scott, a recognized expert in the study of human teeth, who led a team of multidisciplinary researchers.

“We do not dispute the idea that ancient Native Americans arrived via the Northwest Pacific coast—only the theory that they originated with the Jomon people in Japan.

“These people (the Jomon) who lived in Japan 15,000 years ago are an unlikely source for Indigenous Americans. Neither the skeletal biology or the genetics indicate a connection between Japan and the America. The most likely source of the Native American population appears to be Siberia.”

In a career spanning almost half a century, Scott – a professor of anthropology at the University of Nevada-Reno – has traveled across the globe, collecting an enormous body of information on human teeth worldwide, both ancient and modern.  He is the author of numerous scientific papers and several books on the subject.

This latest paper applied multivariate statistical techniques to a large sample of teeth from the Americas, Asia, and the Pacific, showing that quantitative comparison of the teeth reveals little relationship between the Jomon people and Native Americans. In fact, only 7% of the teeth samples were linked to the non-Arctic Native Americans (recognized as the First Peoples).

And, the genetics show the same pattern as the teeth—little relationship between the Jomon people and Native Americans.

“This is particularly clear in the distribution of maternal and paternal lineages, which do not overlap between the early Jomon and American populations,” states co-author Professor Dennis O’Rourke, who was joined by fellow human geneticists – and expert of the genetics of Indigenous Americans – at the University of Kansas, Jennifer Raff.

“Plus, recent studies of ancient DNA from Asia reveal that the two peoples split from a common ancestor at a much earlier time,” adds Professor O’Rourke.

Together with their colleague and co-author Justin Tackney, O’Rourke and Raff reported the first analysis of ancient DNA from Ice-Age human remains in Alaska in 2016.

Other co-authors include specialists in Ice-Age archaeology and ecology.

Shortly before publication of the paper, two other new studies on related topics were released.

A new genetics paper on the modern Japanese population concluded that it represents three separate migrations into Japan, rather than two, as previously believed. It offered more support to the authors’ conclusions, however, about the lack of a biological relationship between the Jomon people and Indigenous Americans.

And, in late September, archaeologists reported in another paper the startling discovery of ancient footprints in New Mexico dating to 23,000 years ago, described as “definitive evidence” of people in North America before the Last Glacial Maximum—before expanding glaciers probably cut off access from the Bering Land Bridge to the Western Hemisphere. It remains unclear who made the footprints and how they are related to living Native Americans, but the new paper provides no evidence that the latter are derived from Japan.

Professor Scott concludes that “the Incipient Jomon population represents one of the least likely sources for Native American peoples of any of the non-African populations.”

Limitations of the study include that available samples of both teeth and ancient DNA for the Jomon population are less than 10,000 years old, i.e., do not antedate the early Holocene (when the First Peoples are understood to arrive in America).

“We assume,” the authors explain however, “that they are valid proxies for the Incipient Jomon population or the people who made stemmed points in Japan 16,000–15,000 years ago.”