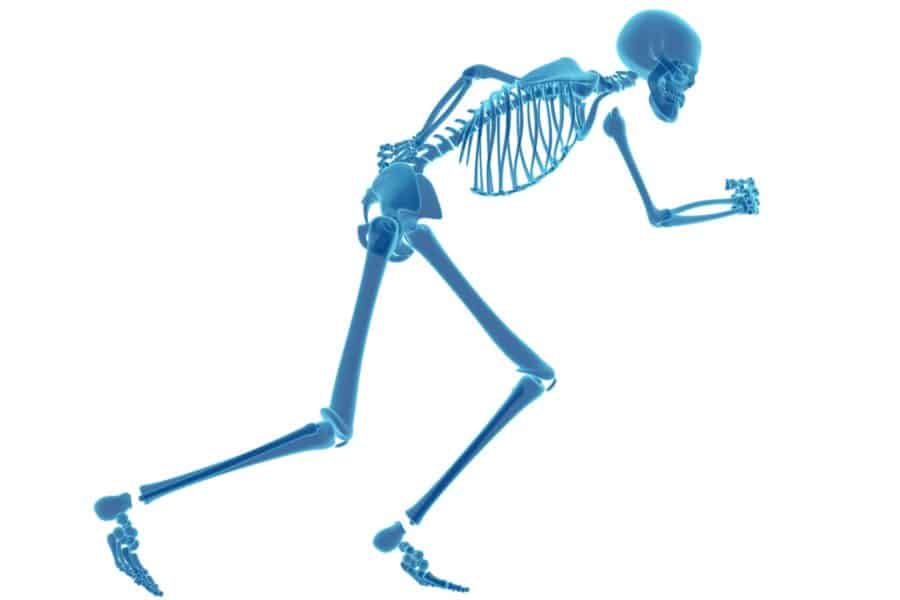 Our sedentary tendencies may be robbing us of a key benefit of physical activity: the myriad repair mechanisms that heal the minor dings and tears of hunter-gatherer and farming lifestyles, a deficit that may be particularly damaging as we age.

Daniel Lieberman, the Edwin M. Lerner II Professor of Biological Sciences and an expert in the evolution of physical activity and exercise, says that the difference in activity levels between Western adults and hunter-gatherers is significant throughout the lifespan, but grows particularly glaring as we age. Western adults slow down with age while elders of today’s hunter-gatherer tribes — whose daily exercise is already significantly higher — chalk up six to 10 times more activity than their Western counterparts.

“We evolved to be very physically active as we age,” Lieberman said. “There’s no such thing as retirement if you’re a hunter-gatherer. You work until the end of your life. There are no weekends, no bank holidays, no retirement.”

Grandmothers actually increase foraging after their child-rearing days, spending more time engaged in the activity than mothers who are juggling childcare responsibilities: four to eight hours per day compared with two to five for mothers. All that exercise, Lieberman said, stresses the body and requires it to spend significant resources on repair after each session, patching tears in muscle fibers, repairing cartilage damage, and healing microfractures. Exercise-related antioxidants, anti-inflammatories, increased blood flow, cellular and DNA repair processes have been shown to lower the risk of diabetes, obesity, cancer, osteoporosis, Alzheimer’s, and depression. Exercise has even been shown to protect against COVID-19, Lieberman said, with 150 minutes per week resulting in a 2½ times lower risk for contracting the illness.

“We evolved to stay physically active as we age in order to turn on these repair and maintenance mechanisms, which help to counter senescence and our vulnerability to disease,” he said. “We never evolved not to be physically active, so we don’t turn these mechanisms on to the same extent if we’re just sitting around.”

Lieberman, who spoke Wednesday at a virtual lecture sponsored by the Harvard Museum of Natural History, said he began thinking about the rise of the modern exercise culture while conducting research among native peoples who, though often more fit than Westerners, also often expressed surprise at his questions about exercise and training. He once asked a member of a tribe known for its running prowess about his training regimen, and instead of hearing about intervals and splits, Lieberman was asked in return why anyone would run if they didn’t have to. The scientist had to admit the tribal runner was on to something, and Americans seem to agree. Just 20 percent get the recommended 150 minutes a week of moderate to vigorous exercise.

“Training is a bizarre, modern, Western idea,” Lieberman said. “Their training is just their lives. They’re physically active people because they have to climb up and down these mountains all the time — these canyons — and they’re farmers. Nobody goes for five-mile runs in this part of the world, even though they’re very famous for their running.”

Lieberman, who published his latest book, “Exercised: Why Something We Never Evolved to Do Is Healthy and Rewarding,” in January, realized that what he believed to be a modern concept of exercise was really a Western, wealthy, industrialized concept of exercise. For most of the world and for most of human history, people exercised because they had to or because it was rewarding for them, as in the case of dancing.

Lieberman said hunter-gatherers who avoid accident and disease tend to live nearly as long as their counterparts in Western industrialized societies. The difference, he said, is that “healthspan” among this group — the number of healthy years of life — nearly matches their lifespan. By contrast, it is a common fear in modern industrialized societies that one will spend years incapacitated by disease before dying.

Research on the rewards of exercise, including findings on how it protects mental health and helps us burn calories and maintain strength, is prodigious. These benefits, Lieberman said, grow more important as we age. He cited a long-running study of 21,000 Harvard graduates that showed that regular moderate to vigorous exercise — burning 2,000 or more calories per week — lowered death rates 21 percent among those age 25 to 49, 36 percent among those 50 to 59, and 50 percent among those 70 to 84.