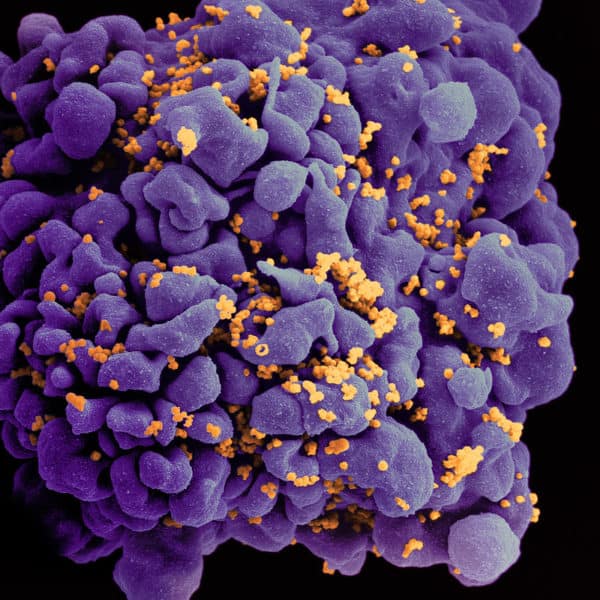 Research led by scientists at the National Institutes of Health has identified two distinct ways that people with HIV can control the virus for an extended period after stopping antiretroviral therapy (ART) under medical supervision. This information could inform efforts to develop new tools to help people with HIV put the virus into remission without taking lifelong medication, which can have long-term side-effects.

The study involved two adults with HIV who began ART soon after acquiring the virus and continued with treatment for more than six years, successfully suppressing HIV. The individuals then joined an HIV clinical trial and stopped taking ART under medical supervision. The study team followed one of these people for four years and the other for more than five years, with study visits roughly every two to three weeks.

The investigators monitored the timing and size of viral rebounds in each participant, that is, times when the amount of HIV in their blood became detectable. One participant suppressed the virus with intermittent rebounds for nearly 3.5 years, at which point he began taking suboptimal ART without telling the study team. The other participant almost completely suppressed HIV for nearly four years, at which point the virus rebounded dramatically because he became infected with a different HIV strain, a phenomenon known as “superinfection.”

In the first participant but not the second, the scientists found high levels of HIV-specific immune cells called CD8+ T cells that can kill virus-infected cells, indicating that different mechanisms of control were at work in each person. The researchers also found that the second participant, who had a weaker CD8+ T cell response against HIV, had a very strong neutralizing antibody response throughout the follow-up period until the sudden viral rebound. According to the scientists, this suggests that neutralizing antibodies may have played a significant role in facilitating near-complete HIV suppression in this individual until he newly acquired a different strain of the virus.

The researchers emphasized that to avoid the emergence of viral resistance and prevent potential misinterpretation of scientific data in studies like this one, it is important to conduct routine antiretroviral drug testing of people with HIV who halt treatment for extended periods. In addition, the researchers identified HIV superinfection as a potential cause of sudden virologic breakthrough in people with HIV who halt treatment, especially when the breakthrough occurs after a prolonged period of virus suppression.