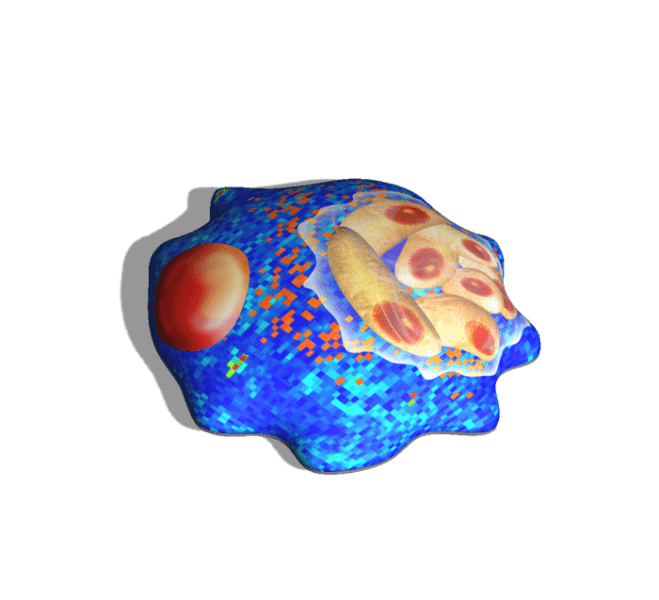 Scientists have discovered that a deadly parasite, known to cause ill health in pregnant women and immunocompromised patients, could potentially be used to treat various types of tumours.

The research, published today in the Journal for ImmunoTherapy Cancer, was carried out by experts from the University of Nottingham, Ningbo University and Shanxi Agricultural University in China.

Improving the effectiveness of treatments against certain types of tumours is vital in order to beat certain cancers, stop tumour progression, and prolong the lives of patients. In this new study, scientists revealed that a parasite found commonly across the globe, is able to sensitise cold tumours – tumours that are not likely to trigger a strong immune response by the body – to immune checkpoint blockade therapy.

Scientists leading the study believe that this finding could have broader therapeutic implications for many types of cancers.

The team managed to ‘tame’ the parasite Toxoplasma gondii – a single-celled opportunistic protozoan capable of infecting a broad range of warm-blooded animals and has been reported in nearly one-third of the world’s human population.

Toxoplasma gondii must live inside the cells of its host and secretes many proteins to counter the host’s immune defences and to facilitate their own invasion and colonisation of the host cells. The researchers first built a Toxoplasma gondii mutant strain with a limited ability to grow, in cultured cells or to cause disease in mice, but at the same time is able to manipulate the host immune system.

The researchers have shown that direct injection with this mutant parasite in solid tumours, induces inflammatory responses in the injected tumours and even in tumours located in a distant location in the mouse body. They have also shown that this treatment approach has made tumours more responsive to treatment with immune checkpoint inhibitor.

Dr Hany Elsheikha, Associate Professor in the School of Veterinary Medicine and Science at the University of Nottingham, and one of the lead authors of the study, said: “The use of a mutant version of Toxoplasma gondii in the treatment of certain tumours in mice models has been previously reported. What makes this study different is the confirmation that intratumoral injection with mutant Toxoplasma gondii strain boosts antitumor immunity and the effectiveness of checkpoint inhibition therapy.

“These are significant findings and are relevant to future tumour therapy. The marked reduction in tumour size and the significant improvement in the survival of mice that received this novel combinational therapy is promising but should be interpreted with caution as further research is needed.”

The full study can be found here.