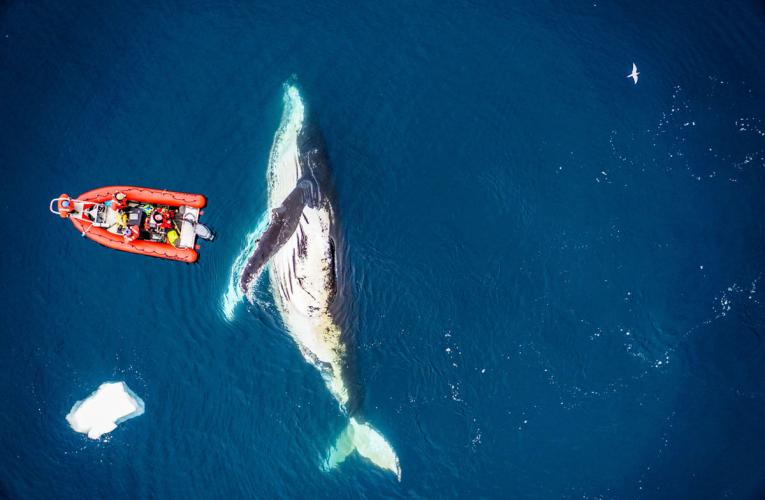 But while the amount of prey individual baleen whales eat is greater than we thought, the study suggests that the amount of prey these species collectively consume and excrete back into the oceans as undigested food – a vital nutrient source for other species – has shrunk dramatically since the onset of 20th century whaling.

And that has had far-reaching impacts across the marine environment.

“It is often difficult for us to imagine just how productive our oceans were before industrial whale harvests disrupted them, and baleen whales were essential components of these prolific ecosystems,” said David W. Johnston, director of the Duke University Marine Robotics and Remote Sensing Laboratory, who coauthored the study.

Baleen whales include species such as the humpback whale, the fin whale and the blue whale, the largest animal on Earth. They and other baleens were hunted nearly to extinction in many parts of the ocean by commercial whalers last century. More than a million whales are thought to have been killed.

You might assume that their decline would spur increases in the populations of krill and other species the whales feed on. But findings of the new study suggest otherwise.

By comparing the prey consumption of the 321 whales tracked in the new study to estimates of per-capita consumption early in the 20th century, the scientists calculate that the abundance of krill in the Southern Ocean back then had to be about five times what it is now to feed the pre-whaling population.

In other words, the whales’ decline has led to declines in their prey species, too.

The reason may lie in the whales’ poop.

Johnston and his colleagues estimate that the much larger population of baleen whales that formerly foraged in the Southern Ocean recycled 12,000 tons of iron annually back into the ocean in their excrement, compared to 1,200 tons per year today. Less iron equals less fertilization for phytoplankton that form the foundation of the ocean’s food web, and, ultimately, less food for other species.

The researchers published their peer-reviewed paper Nov. 3 in Nature.

To conduct the study, they measured the feeding rates of 321 baleen whales from seven species in the Atlantic, Pacific and Southern oceans. Daily foraging behaviour and prey consumption were calculated by tracking whale locations using tags and combining this data with acoustic measurements of prey density, species-specific estimates of feeding rates and prey consumed per feed.

Overall, baleen whales were found to consume three times more prey than previously estimated, equating to a median daily prey consumption of between 5% and 30% of their body mass across all species and regions studied.

Drones operated by Johnston and his team at Duke’s Marine Robotics and Remote Sensing lab (MaRRS) were used to measure the length of individual tagged whales, a key metric that was used to estimate the size of the gulps each whale took to suck in its prey and, ultimately, the amount of prey it consumed.

Doug Nowacek, Repass-Rodgers University Distinguished Professor of Conservation Technology at Duke, assisted with the development and deployment of the high-tech tagging devices used to track each animal’s movements, speed and sounds and, where light allowed, transmit underwater video back to scientists on nearby research vessels.

“Fifty years after we stopped hunting whales, we’re still learning what impact the whaling had. The system is not the same,” Savoca said. “We’re looking into ways of using this information to restore ocean ecosystems and bring whales back. Hopefully, that will have benefits for everything from biodiversity conservation to fisheries yield to carbon storage.”

Principal funding came from the National Science Foundation, the Office of Naval Research, the National Geographic Society, and the Defense University Instrumentation Program.