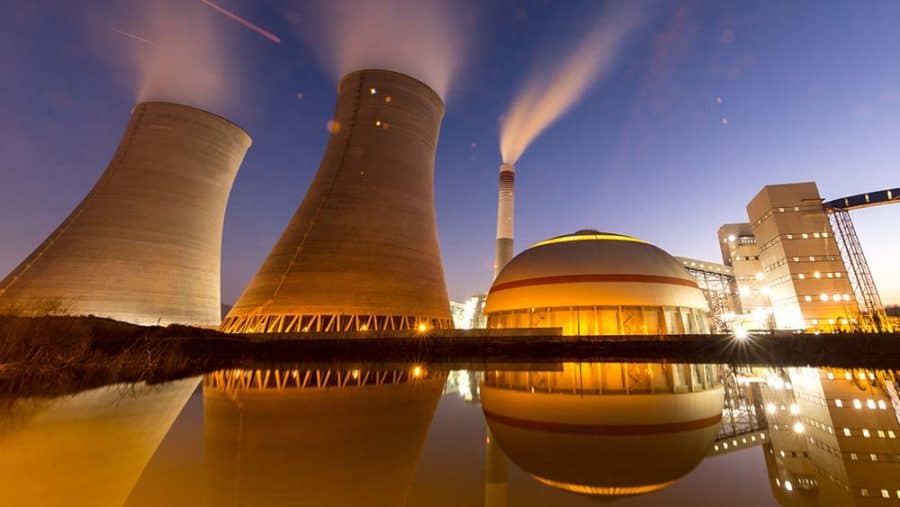 New research from Texas A&M University scientists could help in boosting the efficiency of nuclear power plants in the near future. By using a combination of physics-based modeling and advanced simulations, they found the key underlying factors that cause radiation damage to nuclear reactors, which could then provide insight into designing more radiation-tolerant, high-performance materials.

“Reactors need to run at either higher power or use fuels longer to increase their performance. But then, at these settings, the risk of wear and tear also increases,” said Dr. Karim Ahmed, assistant professor in the Department of Nuclear Engineering. “So, there is a pressing need to come up with better reactor designs, and a way to achieve this goal is by optimizing the materials used to build the nuclear reactors.”

The results of the study are published in the journal Frontiers in Materials.

According to the Department of Energy, nuclear energy surpasses all other natural resources in power output and accounts for 20% of the United States’ electricity generation. The source of nuclear energy is fission reactions, wherein an isotope of uranium splits into daughter elements after a hit from fast-moving neutrons. These reactions generate enormous heat, so nuclear reactors parts, particularly the pumps and pipes, are made with materials possessing exceptional strength and resistance to corrosion.

However, fission reactions also produce intense radiation that causes a deterioration in the nuclear reactor’s structural materials. At the atomic level, when energetic radiation infiltrates these materials, it can either knock off atoms from their locations, causing point defects, or force atoms to take vacant spots, forming interstitial defects. Both these imperfections disrupt the regular arrangement of atoms within the metal crystal structure. And then, what starts as tiny imperfections grow to form voids and dislocation loops, compromising the material’s mechanical properties over time.

While there is some understanding of the type of defects that occur in these materials upon radiation exposure, Ahmed said it has been arduous to model how radiation, along with other factors, such as the temperature of the reactor and the microstructure of the material, together contribute to the formation defects and their growth.

“The challenge is the computational cost,” he said. “In the past, simulations have been limited to specific materials and for regions spanning a few microns across, but if the domain size is increased to even 10s of microns, the computational load drastically jumps.”

In particular, the researchers said to accommodate larger domain sizes, previous studies have compromised on the number of parameters within the simulation’s differential equations. However, an undesirable consequence of ignoring some parameters over others is an inaccurate description of the radiation damage.

To overcome these limitations, Ahmed and his team designed their simulation with all the parameters, making no assumptions on whether one of them was more pertinent than the other. Also, to perform the now computationally heavy tasks, they used the resources provided by the Texas A&M High Performance Research Computing group.

Upon running the simulation, their analysis revealed that using all parameters in nonlinear combinations yields an accurate description of radiation damage. In particular, in addition to the material’s microstructure, the radiation condition within the reactor, the reactor design and temperature are also important in predicting the instability in materials due to radiation.

On the other hand, the researchers’ work also sheds light on why specialized nanomaterials are more tolerant to voids and dislocation loops. They found that instabilities are only triggered when the border enclosing clusters of co-oriented atomic crystals, or grain boundary, is above a critical size. So, nanomaterials with their extremely fine grain sizes suppress instabilities, thereby becoming more radiation-tolerant.

“Although ours is a fundamental theoretical and modeling study, we think it will help the nuclear community to optimize materials for different types of nuclear energy applications, especially new materials for reactors that are safer, more efficient and economical, ” said Ahmed. “This progress will eventually increase our clean, carbon-free energy contribution.”