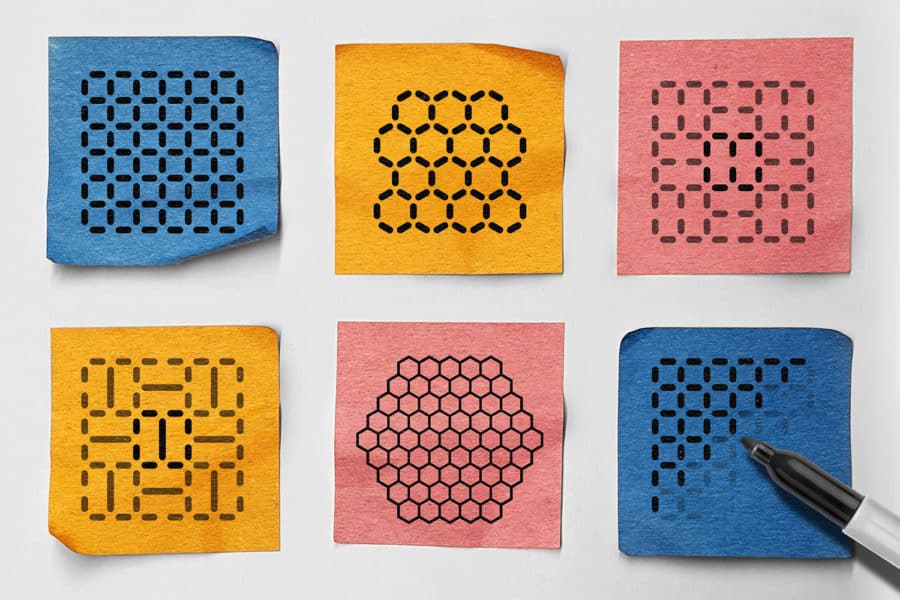 To celebrate the 60th birthday of King Oscar II of Sweden and Norway in 1889, the journal Acta Mathematica offered a prize for manuscripts that could help solve the following question, generally referred to as the 3-body problem: Can we predict the orbits of planets, moons and other celestial bodies over time? Although mathematician Henri Poincaré was awarded the gold medal and 2,500 Swedish kronor prize for his submission (later found to have an error), the general analytical solution to the “n-body” problem has remained difficult to track. Beyond celestial mechanics, “n-body” problems occur in everything from how proteins fold to understanding complex materials.

While no single analytical insight has cracked these complex problems, various macroscopic analogies that replicate multi-body interaction and specific geometry of the problem are tremendously insightful. Among those, now, a simple table-top experimental method developed by Stanford University engineers. All that’s needed to begin is a slippery surface (say a glass slide), a permanent marker and a mixture of water and propylene glycol, a common ingredient in food coloring.

With these supplies, the researchers invented a new way to rapidly prototype complex geometries mirroring symmetries present in problems of interest. Instead of planets strewn about the solar system, many tiny droplets interact with each other at a distance and the observer can directly watch and manipulate how the system evolves over time. The researchers detailed their new method in a paper published Aug. 24 in Proceedings of the National Academy of Sciences.

The simple – and inexpensive – technique could be applied to many different questions across myriad fields. Other methods for studying these problems tend to be purely theoretical or require expensive and rare equipment at the nanoscale. For their part, the researchers are particularly interested in the physics of exotic materials, including new magnetic materials unlike anything found in nature.

“People are beginning to be able to fabricate almost any material in any geometry that they want – but these systems are so complex that people don’t have the capability to truly understand them,” said Anton Molina, lead author of the paper and a graduate student in the lab of Manu Prakash, associate professor of bioengineering. “So, we are excited about being able to use this rapid, frugal tool to quickly explore many possible configurations.”

Back of the envelope experiments

The idea to explore the role of geometry in self-interacting system originated many years ago when the group published a new class of active matter system dubbed “dancing droplets” – where a complex interplay of interactions emerge in evaporating droplets that can sense each other and move autonomously, almost like crawling cells. The next big challenge in taming that system was to incorporate defined interactions.

“What we wanted was the simplest possible system in which the geometry of the interaction is completely programmable and tunable, while at that same time it behaves like a complex system and results in things that we could not predict,” said Prakash, who is senior author of the paper.

Building on that dancing droplet work, the researchers knew this food additive was capable of imitating the interactions between different “bodies” in many-body systems – such as the gravitational forces between celestial objects or the electrostatic forces between atoms. Next, to introduce complex geometry critical in emulating many complex systems, the researchers created droplet lattices either carefully printed in gold or literally drawn with permanent marker.

“We decided to do to use lithography printing for precision, but we also did a lot of the prototyping using permanent markers,” said Molina. The simple process meant the researchers could go from sketching a design while relaxing in the courtyard outside their lab to experimentally testing that design within hours. Prakash likened the process to “back of the envelope calculations” for experiments. This rapid exploration of the role of geometry in dynamical systems enables insights into exotic configurations and testing new ideas at a fast pace.

The researchers focused first on hexagonal lattices made of smaller hexagons because that is the simplest structure that leads to a non-trivial evolution of dynamics in these droplet lattices. Motivated to achieve the lowest possible energy state for the system as a whole, the droplets form clumps of three and, overall, move toward the center of the lattice. Their first moves happen soon after they are put into the lattice but individual changes – that then trigger changes among other droplets – continue for several minutes. The multi-stage organization of the system is a universal feature of systems with long-range interactions; where all droplets are simultaneously communicating and pulling and pushing on each other via an invisible vapor phase.

“Over time, everything’s evaporating and water vapor is leaving the system. Locally, these triplets preserve the lifetime of the droplet the longest,” explained Molina. “Watching the system gives you an answer for how these droplets actually do it, and yet it’s still puzzling to understand the individual motion of a given droplet.”

An invitation to explore

In addition to their hexagons, the researchers created various square lattices that map onto common models in physics, computing and materials science. Further understanding these systems could help inform the design of next-generation substrates for computing which might depart from conventional architectures we are used to seeing in current micro-chips.

However, as often happens with work from the Prakash lab, this experimental tool is not only intended for academics and experts. A marker and some food coloring could lead to solving Acta Mathematica’s prize question, or it could be a means of explaining the fundamental role of geometry in materials or complex energy states to schoolchildren.

“You might say, ‘Oh, to do fundamental science and discover new rules of nature, I need this and that.’ But even for experiments that’s not true,” said Prakash. “So, I hope people consider this an open invitation to explore because we have taken these experiments that were incredibly hard and made them, really, really simple. With creativity, there are ways of asking some really fundamental questions.”

Additional Stanford co-authors include postdoctoral scholar Shailabh Kumar and former postdoctoral scholar Stefan Karpitschka (now at the Max Planck Institute for Dynamics and Self-Organization). Prakash is also a senior fellow at the Stanford Woods Institute for the Environment; a member of Bio-X, the Maternal & Child Health Research Institute and the Wu Tsai Neurosciences Institute; a faculty fellow at the Howard Hughes Medical Institute; and an investigator at the Chan Zuckerberg Biohub.

This research was funded by the National Science Foundation, the Keck Foundation, an HHMI-Gates Faculty Scholar Award and a CZI Biohub Investigator Award.