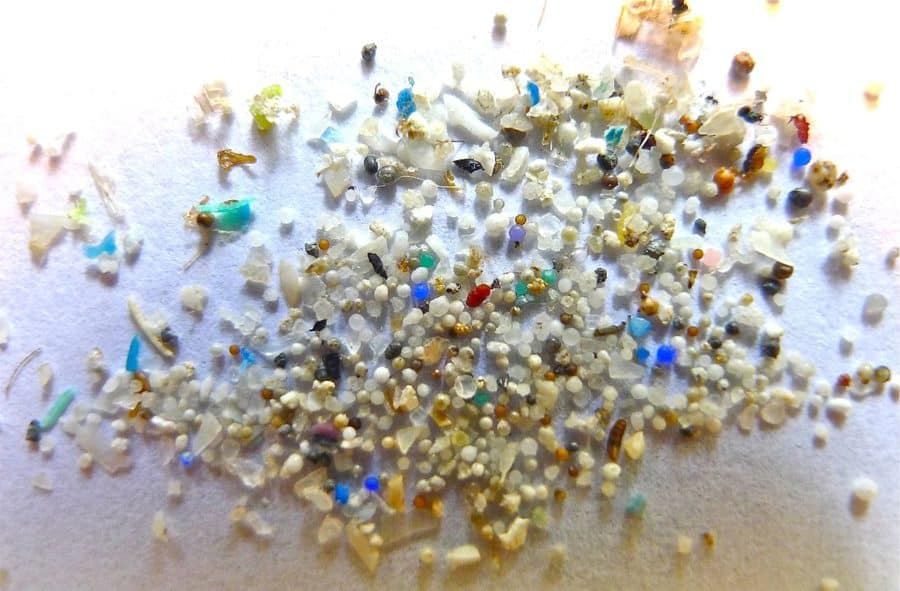 Plastic waste, amounting to 8 million tons annually, turns into microplastics(MPs) through constant exposure to UV rays and sea waves. These MPs are consumed by lower-level organisms such as plankton, posing a threat to humans at the top of the food chain.

The research team conducted an experiment in which MPs of 2㎛ or less in size were administered orally to mice for 7 days in order to elucidate the hazards of MPs. The team discovered that nano-plastics with the size of 2㎛ or less even passed through the ‘blood-brain barrier’ that prevents the brain uptake of hazardous substances. It was highly unusual to observe solids such as MPs, passed through the brain-blood-brain barrier.

Additionally, the team also revealed that MPs accumulate in microglial cells in the brain by applying immunohistochemistry. Through the experiments conducted on the MPs of different sizes(0.2㎛, 2㎛, 10㎛), the team was able to confirm that MPs of less than 2㎛ accumulated in the cytoplasm of microglial cells[1] and significantly decreased the cell proliferation ability after several tens of hours. The team explained that microglial cells recognize MPs as an external threat, leading to microglial phagocytosis, which causes apoptosis following changes in cellular morphology.

The team also confirmed the effect of MPs on the murine brain, along with changes in immune responses at the level of molecular biology. From the early stage of MPS administration, M1 marker and M2 macrophage marker which are specifically expressed in microglial cells, were decreased. After 7 days, both markers decreased sharply and apoptosis rapidly increased. Such decrease indicates that when MPs accumulate over a certain period of time, they can act as neurotoxic substances inducing apoptosis in the brain.

Dr. Choi, a senior researcher at Division of Biotechnology, DGIST, commented, “The study shows that MPs, especially MPs with the size of 2㎛ or less, start to be deposited in the brain even after short-term ingestion within 7 days, resulting in apoptosis, and alterations in immune responses, and inflammatory responses. He further mentioned, “Based on the findings of this research, we plan to conduct additional research that can further reveal the brain accumulation of MPs and the mechanism of neurotoxicity.”

The research was conducted owing to the support of a research grant from the ‘Risk Assessment of MPs’ project, one of the key projects of DGIST Convergence Research Institute. The research was carried out in collaboration with the research teams of Prof. Jin-Kyu Park and Jee Eun Han at the College of Veterinary Medicine, Kyungpook National University. The results were published online in ‘Science of the Total Environment‘.