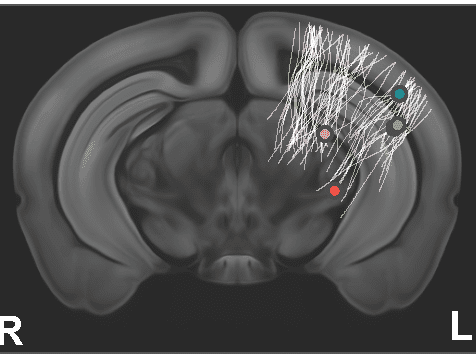 When mice rest, individual neurons fire in seconds-long, coordinated cascades, triggering activity across the brain, according to research from Penn State and the National Institutes of Health. Previously, this was thought to be a relatively random process — single neurons firing spontaneously at random times without external stimulations.

The finding, published Nov. 18 in the Proceedings of the National Academy of Sciences, was made in rodents, but may have implications for better understanding neural activity in humans — especially in elucidating cognitive decline, according to first author Xiao Liu, assistant professor of biomedical engineering and faculty co-hire in the Institute of Computational and Data Sciences.

During rest, the brain appears to restore itself: the hippocampus consolidates memories, while cerebrospinal fluid wases through neural tissue, refreshing the mind. The mechanisms of the apparent tidying and cleaning are not well understood, though.

The researchers analyzed a public dataset collected by the Allen Institute. Allen Institute scientists recorded neuronal “spikes” — electrical impulses to transmit information across the brain — of hundreds of neurons in resting and active rodents. They also measured pupil changes and body movements. Overall, Penn State researchers focused their analyses on the individual dynamics of about 10,000 neurons from 44 different brain regions in 14 rodents.

The rodents were analyzed during periods of rest, when their bodies were still; however, it was not known whether the animals were sleeping or simply resting, as they sleep with their eyes open, according to the researchers.

Liu and his team analyzed the frequency of spontaneous spiking activity in fixed time intervals at low frequency. They observed that 70% of the recorded neurons, regardless of brain region or origin, participated in recurring, sequenced cascades of global brain activity lasting five to 10 seconds. The cascade was typified by sequential activations from a group of neurons more active during rest to another group that exhibited more intense spiking during active movement.

Although the significance of the cascading events remains unclear, the researchers propose they may have something to do with brain arousal state and memory, according to their analysis of pupil size, delta waves and ripple activity at the hippocampus — indicators of various neural activities.

“Delta waves in the brain and the pupil size are indicators of the brain’s arousal state,” Liu said. “For example, the rodents’ delta waves are much stronger during sleep than when awake. Hippocampal ripples, on the other hand, are high-frequency oscillatory events important for memory consolidation.”

Liu and his team found that the two arousal indicators — pupil size and delta waves — and the hippocampal ripples systematically changed during the cycle of each global spiking cascade, meaning they were higher or lower at different phases of each cycle. Such coordinated changes in arousal indicators and ripples suggest the cascade events in resting-state brain activity may link the arousal and memory systems of the brain.

According to Liu, the spiking cascades’ connection to the arousal and memory systems also suggests a possible role in Alzheimer’s disease and other cognitive dysfunction, which is often characterized by concurrent dysfunctions of both systems.

Researchers know from functional MRI that, during rest, the brain exhibits surges of global activity, which is coupled with the flow of cerebrospinal fluid over brain tissue, Liu said. Earlier this year, Liu and his team found that this coupling is significantly reduced in people who have cognitive decline as a result of Alzheimer’s disease or Parkinson’s disease.

“The resting state global brain signal measured using fMRI was at the same low frequency and showed other features similar to the spiking cascades of single neurons,” Liu said. “Thus, it may be the macro-level observation of the spiking cascade we found.”

Liu explained that if the global brain signal measured via fMRI resulted from the spiking cascade, it may be responsible for triggering cerebrospinal fluid flow, which clears brain waste. Without cleaning, build-up of such molecules as misfolded Amyloid-beta plaques can hinder cellular communication, resulting in neuron death and cognitive decline.

“If we better understand the functions of neural cascades during rest, we can potentially get closer to the mystery of how Alzheimer’s develops,” Liu said.

Co-authors include David A. Leopold, of the National Institutes of Health, and Yifan Yang, a doctoral student of biomedical engineering at Penn State.

The National Institutes of Health funded this research.