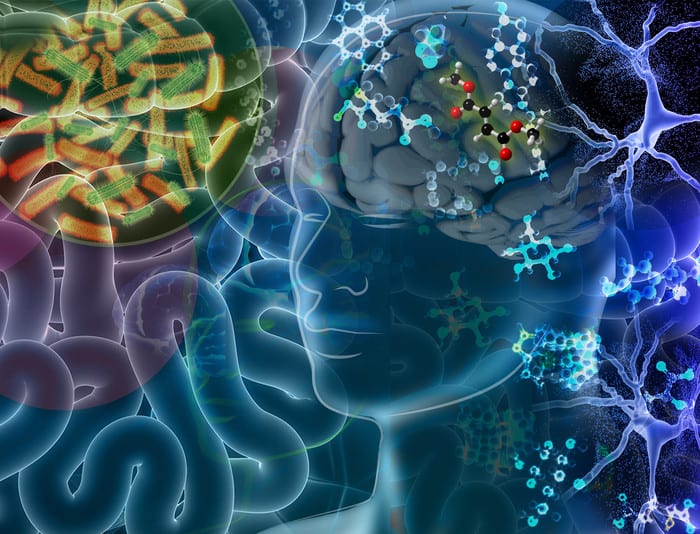 A New York-based, multi-institutional research team has found high levels of three toxic metabolites produced by gut bacteria in the cerebrospinal fluid and plasma samples of multiple sclerosis (MS) patients. The important findings, published in the journal Brain, further scientists’ understanding of how gut bacteria can impact the course of neurological diseases by producing compounds that are toxic to nerve cells.

Previously published evidence has supported the concept that an imbalance in the gut microbiota—the community of organisms that live in the human intestines—may underly a range of neurological disorders. Researchers also found that certain gut bacteria are either enriched or depleted in MS patients compared to healthy individuals, but it is unclear how these microbes communicate with the brain and affect the neurodegenerative disease process.

“Our findings suggest that MS patients’ gut bacteria produce and release large amounts p-cresol-sulfate, indoxyl-sulfate and N-phenylacetylglutamine into the bloodstream, and they eventually reach the cerebrospinal fluid,” said Hye-Jin Park, one of the lead authors on the study and a research associate with the Neuroscience Initiative at the Advanced Science Research Center at the Graduate Center, CUNY (CUNY ASRC) “Once there, these toxic metabolites bathe the brain and spinal cord, and potentially play a role in the destruction of the myelin sheath that protect nerves.”

For the study, the research team obtained blood and cerebrospinal fluid samples from volunteer patients at the Multiple Sclerosis Center of Northeastern New York. Samples were taken from patients before and after treatment with the disease modifying therapy dimethyl fumarate (DMF), which has been reported to have a profound effect on reshaping the gut microbiome of MS patients. The analyzed data allowed researchers to identify an abundance of the three toxic metabolites in MS patients not treated with DMF compared to healthy individuals. They also noted a reduction in the metabolites following treatment with DMF.

“The presence of high levels of these toxic metabolites also correlates with biomarkers of neurodegeneration in MS patients, and with the ability to impair neuronal function of cultured cells in the laboratory,” said Achilles Ntranos, a lead author of the study and assistant professor of Neurology at the Icahn School of Medicine at Mount Sinai, where a second set of samples was collected from MS patients.

“This is an exciting and significant discovery,” said Patrizia Casaccia, the study’s primary investigator and the founding director of the CUNY ASRC’s Neuroscience Initiative. “This work not only furthers our understanding of the role of gut-brain communication in neurodegenerative disease progression, but also provides a potential metabolic target for develop new MS Therapies.”

The research team included scientists from the CUNY ASRC, MS Center of Northeastern New York, Icahn School of Medicine at Mount Sinai and BERG Health. The study was supported with funding from Biogen.