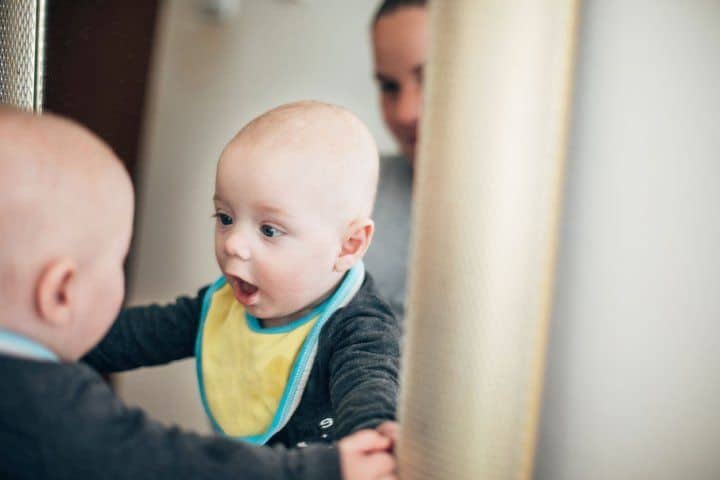 The vocal sounds of humans – laughing, crying, and the babbling of babies – have the same rhythmic quality as the sounds made by many mammals, songbirds, and even some species of fish. Researchers at UC San Francisco have discovered that a small cluster of neurons in the brain stem not only regulates tempo but also coordinates vocalization with breathing.

“Just to laugh or shout, the body has to coordinate about 100 different muscles in a rhythmic pattern within a single breath,” said Kevin Yackle, MD, PhD, a Sandler Faculty Fellow and senior author of the study published online Jan. 7, in Neuron. “We discovered the neurons that, when switched on, give us this unconscious ability.”

It’s been widely understood that many animals, including humans, have innate control of breathing – you don’t have to use your brain to do it. Yackle and his team suspected that the same control exists for innate vocalizations.

To confirm the existence of this brain circuit, Yackle and his team studied the sounds made by baby mice when they were separated from their mothers. The babies’ cries had a recognizable pattern associated with specific muscle movements. The researchers then determined which cells in the brain stem were responsible for this rhythm, which turned out to be a previously unknown circuit that appears to control the breath and coordinate the muscles needed to produce the vocal sounds.

Identifying this system will enable scientists to ask new questions about how we speak and why some people have trouble doing it.

“It could be that when we’re learning to speak, we’re learning to either bypass this system or to directly control it,” Yackle said. “Altered wiring in this pattern-generating system could cause speech pathologies.”

Yackle and his team are intrigued by studies suggesting that early in their lives, children with autism innately produce different kinds of sounds than other children do. Some children with autism are either unable to speak or have difficulty producing and understanding the tones and rhythms of speech.

Yackle and his team are intrigued by studies suggesting that early in their lives, children with autism innately produce different kinds of sounds than other children do. Some children with autism are either unable to speak or have difficulty producing and understanding the tones and rhythms of speech.

Such speech pathologies are often viewed as an inability to learn how to talk, said Yackle. He is flipping that perspective on its head, asking whether the speech problems are less about learning and more about the brain circuit controlling speech.

“A child may be hearing and learning language, but if the system that allows them to vocalize is different in some way, they just may not be able to coordinate the breath and movements to make the sounds,” he said. “If we know how that system is different, it might change how we’d teach some people to speak.”