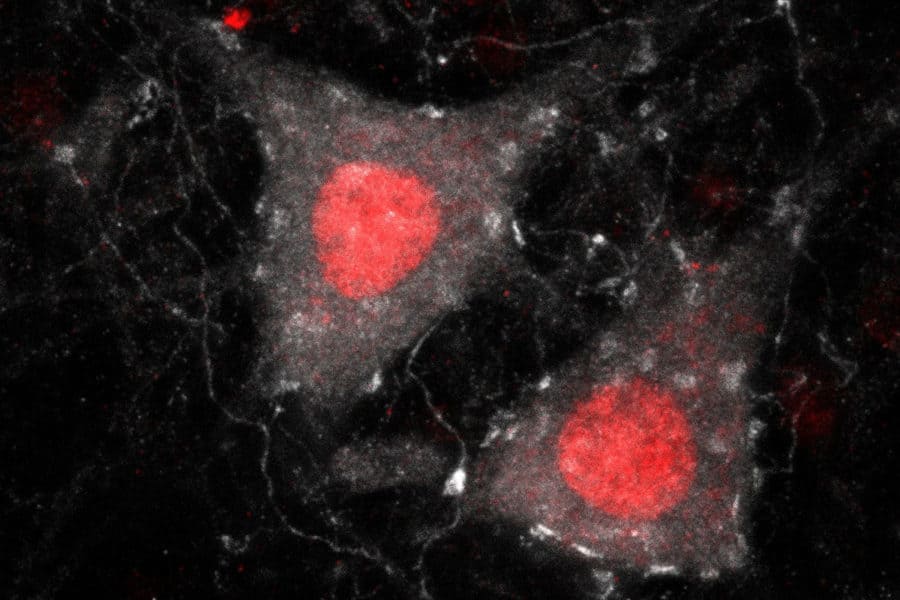 Using an experimental drug, researchers were able to suppress a mutated amyotrophic lateral sclerosis (ALS) gene. Studies in mice demonstrate that the therapy could show promise in treating rare, aggressive forms of ALS caused by mutations in the fused in sarcoma (FUS) gene. The study, published in Nature Medicine, was funded in part by the National Institute for Neurological Disorders and Stroke (NINDS), part of the National Institutes of Health.

“The study models how promising gene-targeting therapies can move expeditiously from pre-clinical development to clinical testing,” said Amelie Gubitz, Ph.D., program director at NINDS. “There is a desperate need for innovative approaches to treating ALS.”

ALS, also known as Lou Gehrig’s disease, is a fatal neurological disorder that causes the degeneration of motor neurons in the brain and spinal cord. People with ALS rapidly lose muscle strength and eventually their ability to move, swallow, and breathe. Most cases of ALS are sporadic, but at least 10% of cases are familial, or due to mutations in various genes. Mutations in the gene FUS cause severe forms of ALS, referred to as FUS-ALS, including a rare type that begins in adolescence or young adulthood.

In the study, Neil Shneider, M.D., Ph.D., the Claire Tow Associate Professor of Motor Neuron Disorders and Director of the Eleanor and Lou Gehrig ALS Center at Columbia University, New York City, and his team delayed the onset of motor neuron degeneration in mice by using an antisense oligonucleotide drug designed to silence FUS by blocking cells from making specific proteins. Following encouraging results, they administered the drug to a patient with ALS.

Compared to normal mice, mice with a mutated FUS gene had higher levels of insoluble FUS and other ALS-related proteins in their brains and spinal cords. Mice with higher doses of mutant FUS in motor neurons experienced rapid neurodegeneration that began early in life, much like FUS-ALS patients.

“The study establishes a mouse model that is highly disease-relevant,” said Dr. Shneider. “In mice, we found that FUS toxicity was due to a gain of function and was dose-dependent, suggesting that we could treat FUS-ALS by silencing the FUS gene.”

In 2019 Dr. Shneider met an individual with ALS in search of therapies that may help her disease. Inspired by her story, Dr. Shneider teamed up with a pharmaceutical company to develop a personalized therapy designed to target the FUS mutation.

In mice, injecting a single dose of the drug into the ventricles, fluid-filled spaces surrounding the brain, delayed the onset of inflammation and motor neuron degeneration by six months. The drug also knocked down levels of FUS by 50% to 80% in the brain and spinal cord. Following drug administration, insoluble forms of other ALS-associated proteins were also cleared.

Under a compassionate use protocol reviewed by the U.S. Food and Drug Administration, Dr. Shneider administered the drug to the patient it had been designed for. The patient received repeated infusions of the drug into her spinal canal for 10 months. During the treatment, the patient’s rate of motor function deterioration slowed. The patient tolerated the treatment well and there were no medically adverse effects.

“The study is an example of a precision medicine, bench-to-bedside effort,” said Dr. Shneider. “We began with the mouse model to establish a rationale for the drug, conducted efficacy studies in the mouse, moved the drug into a human, and collected valuable data that was ultimately used to support a larger Phase 3 clinical trial.”

Treatment began more than six months after clinical onset, by which time the disease had already significantly advanced. As is typical with juvenile-onset FUS-ALS, the disease progressed rapidly, and the patient died from complications of the disease.

By studying the patient’s brain and spinal cord tissue, researchers found that the drug silenced FUS throughout the nervous system and reversed the toxic nature of FUS and other disease-related proteins. Compared to tissue from untreated FUS-ALS patients and healthy controls, FUS protein aggregates—a pathological hallmark of this form of ALS—were sparse, suggesting that they may have been cleared by the drug. Tissue samples were provided by the New York Brain Bank of Columbia University.

The protein made from the FUS gene has been shown to be important for various cellular processes. Prior studies in mice suggest that FUS mutations result in the production of an abnormal protein that forms clumps, or aggregates, leading to motor neuron damage. By targeting the faulty gene in a way that suppresses toxic FUS activity, gene silencing products like the antisense oligonucleotide drug could potentially reduce or prevent disease progression.

The results were used to support a clinical trial testing the drug in patients with FUS-ALS (NCT04768972).

This study was supported by grants from the NIH (NS106236), Nancy Perlman, Tom Klingenstein, and the Judith and Jean Pape Adams Charitable Foundation.