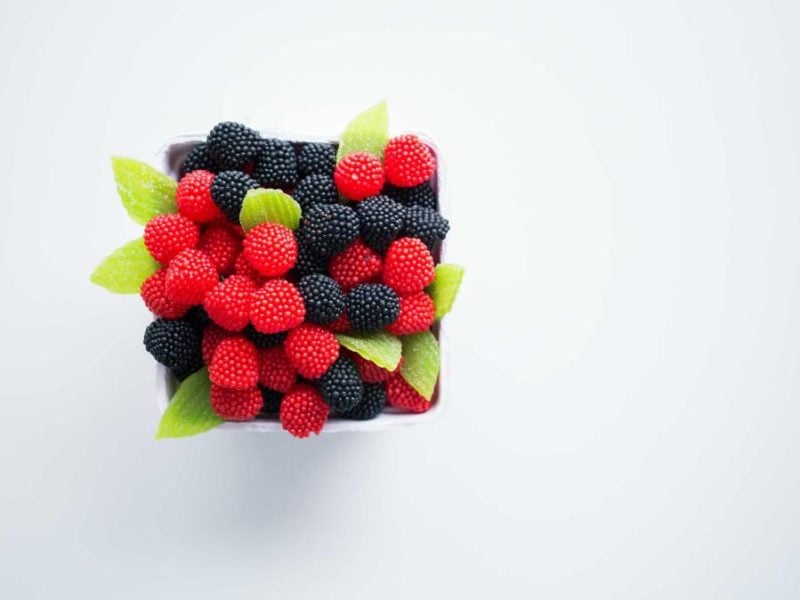 People with Parkinson’s Disease who eat more flavonoids — compounds found in richly colored foods like berries, cocoa and red wine — may have a lower mortality risk than those who don’t, according to a new study.

Specifically, the researchers found that when people who had already been diagnosed with Parkinson’s Disease (PD) ate more flavonoids, they had a lower chance of dying during the 34-year study period than those who did not consume as many flavonoids.

Additionally, they found that eating more flavonoids before being diagnosed with PD was associated with a lower risk of dying in men, but not in women.

“Adding a few servings of flavonoid-rich foods to their diets a week could potentially be an easy way for people with PD to help improve their life expectancy,” said Xinyuan Zhang, doctoral candidate in nutritional sciences at Penn State. “Greater consumption of berries and red wine, which are rich in the flavonoid anthocyanins, was particularly associated with lower mortality.”

Zhang noted that consumption of wine should not exceed the amount outlined in the Dietary Guidelines for Americans, which is one drink per day for women and two for men.

The study was published today (Jan. 26) in the journal Neurology.

According to the Parkinson’s Foundation, more than 60,000 people are diagnosed with PD each year, and more than 10 million people worldwide are living with the disease. The disease is caused by the brain not making enough dopamine and leads to tremors, stiffness and problems with balance.

Xiang Gao, professor of nutritional sciences at Penn State, said that while PD is not considered a fatal disease, its complications can lead to an increased risk of death, and that few studies have examined how the diet of people with PD can affect disease prognosis.

“Our group’s previous research found that when people without Parkinson’s ate more flavonoids, it was associated with a lower risk of them developing the disease in the future,” Gao said. “We wanted to further explore whether flavonoid intake could be linked to better survival in individuals who had already been diagnosed with Parkinson’s.”

For this study, the researchers analyzed data on 599 women and 652 men who had recently been diagnosed with PD. Participants were asked how often they ate certain flavonoid-rich foods, such as tea, apples, berries, oranges and orange juice, and red wine. Flavonoid intake was then calculated by multiplying the flavonoid content of those foods by how frequently they were consumed.

After controlling for factors like age and several dietary factors like total calories consumed and overall diet quality, the researchers found that the participants in the group of the highest 25% of flavonoid consumers had a 70% greater chance of survival than the lowest group.

Zhang said that while the study did not examine the underlying mechanisms that may cause this association, the research team has proposed some theories.

“Flavonoids are antioxidants, so it’s possible they could be lowering chronic neuroinflammation levels,” Zhang said. “It’s also possible they may interact with enzyme activities and slow neuron loss and could protect against cognitive decline and depression, which are both associated with higher mortality risk.”

The researchers said future studies could help find the exact mechanisms behind flavonoid consumption and mortality risk in people with PD.

The National Institute of Neurological Disorders and Stroke helped support this research.