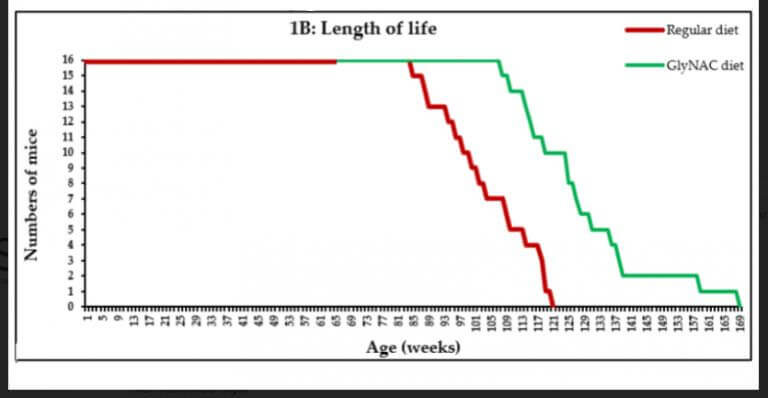 Many people aspire to live longer, healthier lives. A researcher at Baylor College of Medicine, Dr. Rajagopal Sekhar, associate professor of medicine in the section of endocrinology, diabetes and metabolism, has been studying aging for the past 20 years to better understand its biological underpinnings and develop nutritional strategies to promote healthy aging.

“Just like a car is subject to wear and tear over many years of use, limiting how long it works well, the natural aging process can progressively deteriorate the body and limit lifespan,” said Sekhar, who is the corresponding author of this paper.

For over two decades, Sekhar has studied natural aging in older humans and aged mice. His work contributes to providing a better understanding of how glutathione deficiency, increased oxidative stress, mitochondrial dysfunction and multiple additional hallmark defects of aging contribute to the aging process and how they can be reversed with GlyNAC supplementation.

“Energy is the currency of life and is generated by mitochondria. However, aging is associated with mitochondrial malfunction, and this could affect energy availability. When we discovered that GlyNAC supplementation can correct mitochondrial defects in aging, we asked an important question: Could GlyNAC supplementation from a younger age extend length of life?” said Sekhar. “To answer this question, we worked with healthy, normal laboratory mice.”

The researchers housed the mice under stable environmental conditions. When mice reach an age of 65-weeks, they typically begin to show a drop in glutathione levels and develop mitochondrial dysfunction and oxidative stress. At this age, Sekhar’s team switched the diets of half of the mice to receive GlyNAC, and the other half continued their diet without the supplement. Except for the GlyNAC supplementation, the diets of both groups were the same regarding the content of protein, fat and carbohydrates. Then, the researchers let the mice continue aging undisturbed and recorded how long they lived.

For this, the team conducted a second study in aged mice to investigate mitochondrial dysfunction, glutathione levels, oxidative stress and other hallmarks of aging specifically in the animals’ heart, liver and kidneys, and determined the effect of supplementing GlyNAC on these cellular defects. The researchers chose these organs because they conduct vital functions in the body.

In aged mice, the team found that all three organs had glutathione deficiency, oxidative stress, mitochondrial dysfunction, abnormal mitophagy (difficulty in disposing damaged mitochondria), impaired nutrient sensing and genomic damage. GlyNAC supplementation improved and corrected all these defects in the old mice. The researchers propose that it is the improvement of these fundamental biological defects that contributes to the animals’ longer life.

“But mice are not humans. Could this happen in people? There is published evidence from our human studies showing that GlyNAC supplementation improves similar defects in people,” Sekhar said.

“There is growing interest in being able to improve both healthy aging and longer life, but this is not an easy task. We have investigated aging in mice and in human studies for two decades, and our studies show that GlyNAC supplementation successfully and consistently improves many age-related defects,” Sekhar said. “It is exciting that something as simple as GlyNAC can improve several important defects in aging and also extend life.”

Are you interested in learning more about this study? Find it in the journal Nutrients.

Premranjan Kumar and Ob W. Osahon are members of Sekhar’s lab called the Translational Metabolism Unit at Baylor College of Medicine and contributed to this work.

Internal funding from Baylor College of Medicine supported this study.