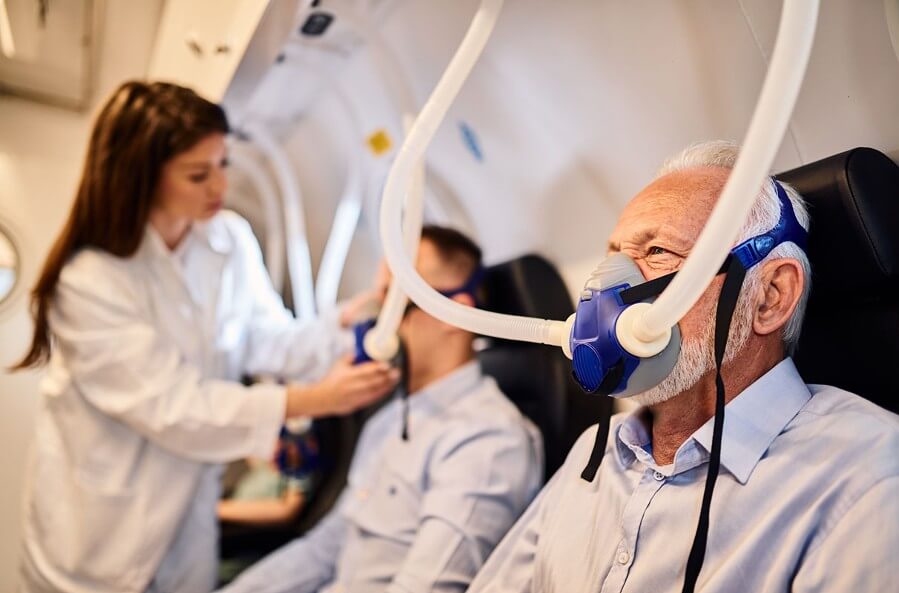 Hyperbaric oxygen therapy may help people being treated for opioid addiction reduce their methadone dose and better manage pain and withdrawal symptoms, according to a pair of studies led by Washington State University scientists.

The research team recruited participants enrolled in a local opioid treatment program to test the effects of hyperbaric oxygen therapy, a treatment that involves breathing pure oxygen in a pressurized environment.

Published in the Journal of Addictions Nursing, the first paper describes a pilot study of 31 participants that showed that those who had received hyperbaric oxygen therapy as part of a planned methadone taper were able to maintain a significantly larger dose reduction of 4.3 mg three months after the study, as compared to 0.25 mg in participants who did not receive the therapy. They also reported half the level of withdrawal symptoms experienced by control participants after only one day of hyperbaric oxygen therapy.

“While methadone helps people with opioid addiction get stable and resume their normal lives, it’s still an opioid that they are taking every day,” said study co-author Matthew Layton, a professor in the WSU Elson S. Floyd College of Medicine and a former opioid treatment program medical director. “About half of people in treatment want to get off of methadone for various reasons, yet many who have tried have failed and relapsed. Our findings suggest that hyperbaric oxygen therapy could potentially be used as a non-pharmacological tool to help people step down their methadone treatment.”

The second study, which was published in Pain Management Nursing, was a small randomized controlled trial of eight participants that looked more closely at withdrawal symptom relief. It found that participants in the hyperbaric oxygen therapy treatment group reported lower pain intensity and drug cravings than control participants who had been given an oxygen mixture equivalent to room air delivered at normal atmospheric pressure. The researchers also saw improvements in other outcomes, such as sleep quality and mood.

“While for some the challenge is to get off methadone, others struggle to stay in treatment early on because finding the right dose to stabilize symptoms can be difficult to achieve,” said first author Marian Wilson, an associate professor in the WSU College of Nursing and an expert on pain management opioid use disorder. “As a result, a lot of people experience withdrawal symptoms in that adjustment period that can be severe enough to make them resume illegal drug use or drop out of treatment.”

Based on the collective findings from the two studies, the researchers are pursuing funding for a clinical trial to confirm their findings in a larger sample of participants, who would be followed for several years.

The idea for the two studies came from earlier research by one of the WSU researchers that showed that hyperbaric oxygen therapy provided pain relief and reduced physical signs of opioid withdrawal in mice.

“We were anxious to see if it would work in people,” said study co-author Raymond Quock, a professor in the WSU College of Arts and Sciences, who led that work.

If their findings hold up in a larger clinical trial, hyperbaric oxygen therapy could become a non-pharmacological tool that providers can use to help people manage pain and potentially reduce their opioid use.

“Last year, over 100,000 people died as a result of the opioid epidemic within the COVID-19 pandemic,” said Layton. “That shows us that opioid addiction is still a very big problem, and we need to have better ways to approach it.”

In addition to Layton, Wilson, Quock and others at WSU, collaborators on these studies included Karen Stanek, the medical director for the Spokane Hyperbaric Center and Alvina Jesse, a program manager with the Spokane Regional Health District.

Funding for this work came from the State of Washington’s Initiative Measure No. 171, which was administered through the university’s Alcohol and Drug Abuse Research Program.