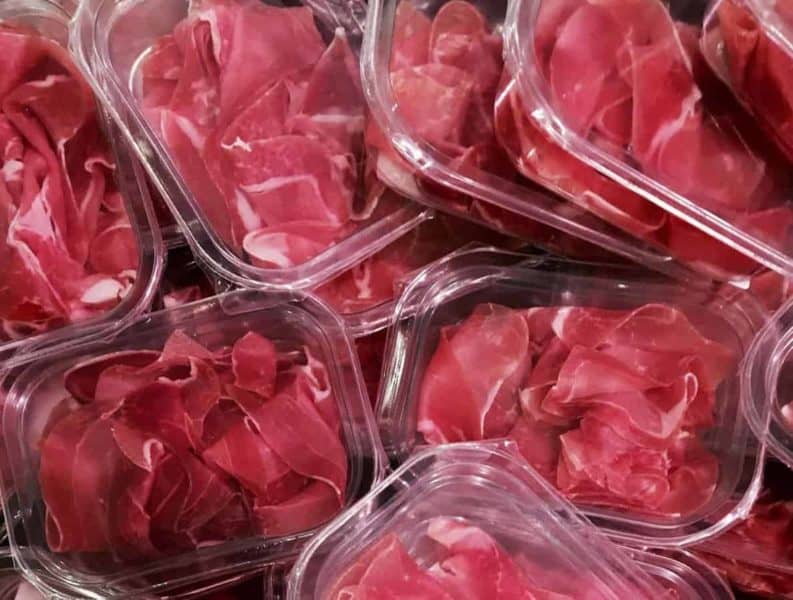 At least for now, there is no reason for the traditional meat industry to have much of a beef with producers of plant-based burgers and other meat alternatives, new research suggests.

The study showed that while sales and market share of new-generation plant-based meat alternatives have grown in recent years, those gains haven’t translated into reduced consumer spending on animal meat products.

Overall, the analysis of national meat purchases suggested that plant-based meats sold in patty, link and ground form are mostly an add-on to beef and pork and tend to serve as a substitute for chicken, turkey and fish.

“We thought plant-based meat alternatives would be a potential replacement for red meat, but they’re not. It’s more of a complement,” said study co-author Wuyang Hu, professor of agricultural, environmental and development economics at The Ohio State University. “People buy pork and beef, and at the same time they also buy plant-based meats.”

Researchers noted the study is not intended to take any industry’s side or give consideration to the comparative healthfulness of products.

“This new generation of plant-based meat, by mimicking the taste and sensory experience of eating real meat, appeals to consumers who are not only vegetarian but also people who are curious about plant-based meat and even meat eaters,” said lead author Shuoli Zhao, assistant professor of agricultural economics at the University of Kentucky.

“We wanted to look at the most up-to-date market response to a new product and see how the demand for such a product is interacting with the rest of the meat categories, especially within the fresh meat sector.”

Imitation meat products and plant-based proteins such as tofu and tempeh have been available for years, but differ from the texture, taste and smell of new products like those sold by Impossible Foods and Beyond Meat – two brands that make up about 75% of all plant-based meat alternative (PBMA) sales. Studies have shown that increases in demand and supply led to more than $10 billion in global PBMA sales in 2018, and sales are predicted to increase to almost $31 billion by 2026.

For this study, the researchers obtained weekly Nielsen scanner data from the first week of January 2017 to the second week of July 2020 on fresh meat expenditures at grocery, drug, big-box, dollar and military stores across 40 U.S states. Study categories included plant-based meat alternatives, beef, chicken, turkey, pork, other meats (such as lamb and duck) and fresh fish.

Results showed that plant-based meat alternatives constituted only 0.1% of average total expenditures on fresh meat during the study period – but during that same time frame the market share increased four-fold, to 0.4%. Beef topped fresh meat sales at 46%, followed by chicken at 23%, pork and fish at about 12% each, and turkey and other meats accounting for less than 5% of fresh meat sales.

Beef and meat alternatives were the highest-priced options, with beef costing an average of $5.44 per unit and PBMAs averaging $4.84 per unit. Of all the choices studied, expenditures of the plant-based goods tended to increase the most when those products were on sale. Reduced prices on beef and chicken lowered demand for plant-based meats, but lower prices on imitation meat didn’t have much of an effect on demand for animal protein sources.

Those findings as well as the way plant-based meat sales grew during product promotions suggested plant-based meat alternatives were “more of an impulse buy and not a weekly purchase,” Hu said. “We concluded it’s novelty-seeking. Consumers are pack followers. When they see a trend they say, ‘I should try this’ and form similar preferences.”

Results also suggested that most of the plant-based products’ growth in market share occurred during the COVID-19 pandemic, when fresh meat prices rose dramatically as shutdowns sent shocks through the supply chain – however, the data could not confirm a causal effect. The uptick in PBMAs’ market share was still happening at the endpoint of the study period in July 2020. Meanwhile, sales of all fresh animals protein sources spiked at the start of the pandemic, and meats and fish generally retained their market share positions over the next few months.

The rapid pace of the growth in plant-based meat alternatives’ share of the market made them the fastest-growing category in the study, but these products still weren’t putting much of a dent in the other categories: U.S. meat consumption in 2018 was among the highest in history, at 222 pounds per capita.

“We hypothesized that from a plant-based meat alternative company perspective, what they are trying to do is replace people’s diet of beef and pork,” Zhao said. “We actually found the opposite is the case. Consumers are buying plant-based meat alternatives on top of planned expenditures on fresh meat, or are triggered by a promotion or the layout of the retail environment – which is an indication this is not currently a real threat to the fresh meat industry.

“Our findings suggest that besides marketing, plant-based protein companies should focus their R&D on providing products that meet consumers’ expectations – and then people will make their own choices about whether meat alternatives will become a staple in their diet.”

This work was funded by the National Institutes of Health Center for Advancing Translational Sciences.